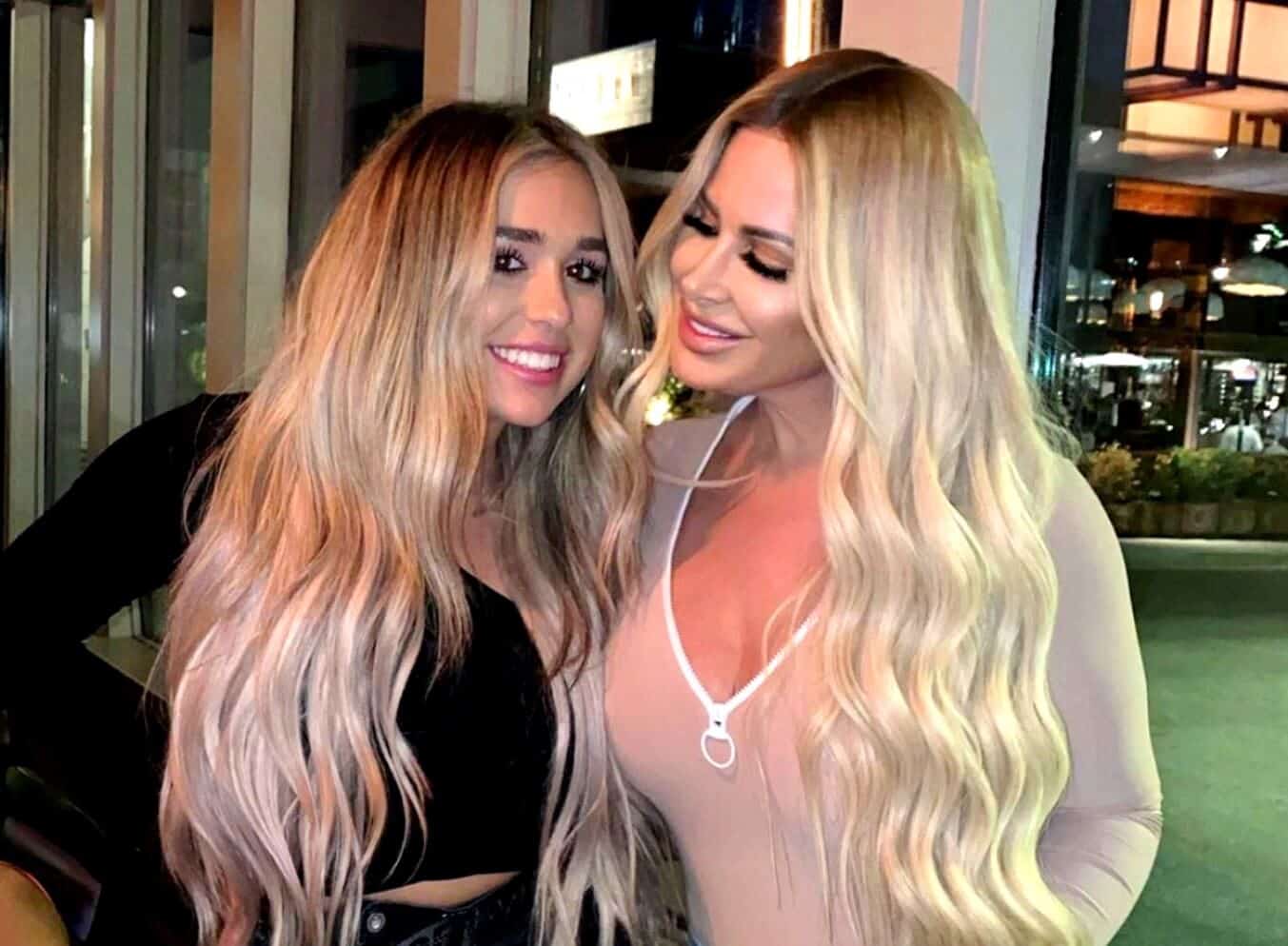 Don’t Be Tardy star Kim Zolciak is dishing on why she’s finally allowing her daughter Ariana Biermann to get lip injections. Plus, is she planning on having more kids?

The former Real Housewives of Atlanta star has been ridiculed over the years for the way she parents her children — especially when it comes to what she allows her two older daughters to wear. So it’s no surprise that while appearing at BravoCon on Friday, November 17, Kim was asked why she let her second-eldest daughter, Ariana, wear her old Playboy bunny costume this past Halloween.

Kim admitted to enforcing the rule that if Ariana wanted to get lip injections, she’d have to wait until she was 18 years old, which happened just last month.

“[Ariana’s] blessed in that arena, but, you know, after watching [22-year-old daughter] Brielle and I, she’s probably a little bit more motivated,” Kim explained further.

Ariana’s older sister Brielle Biermann has been judged for her oversized lips for some time now, but that doesn’t stop her from showing them off on social media. Kim has revealed that Brielle was “very insecure about her lips” in the past but had to wait until she was of legal age to do anything about it, just like her younger sister.

“I heard about it FOREVER,” Kim continued. “And when [Brielle] turned 18, she was like, I’m doing it. And I was like, well, I’m going to take you to the best, I’m not going to let you go to somebody who’s not good. So I did take her and I got a lot of heat for that, but it’s like, she’s going to do it anyway.”

Kim is often slammed in the media about the way she parents her kids. Just last September, the Bravo star was called out after allegedly allowing her five-year-old daughter Kaia to wear what appeared to be makeup and hair extensions. But does all the public ridicule deter the mother-of-six from wanting to have any more kids?

“I mean, we talk about it all the time,” Kim revealed in a separate interview with US Weekly at BravoCon on Friday. “I mean, Kroy [Biermann] had a vasectomy, so it’s something we’d have to really go and do. … I mean, we probably would’ve had six more if he didn’t!”

As fans of the show already know, Kroy and Kim, who got married in 2011, share four children: Kroy Jr., 8, Kash, 7, and 5-year-old twins Kaia and Kane. Kroy also adopted Kim’s older daughters Brielle and Ariana from previous marriages in 2013.