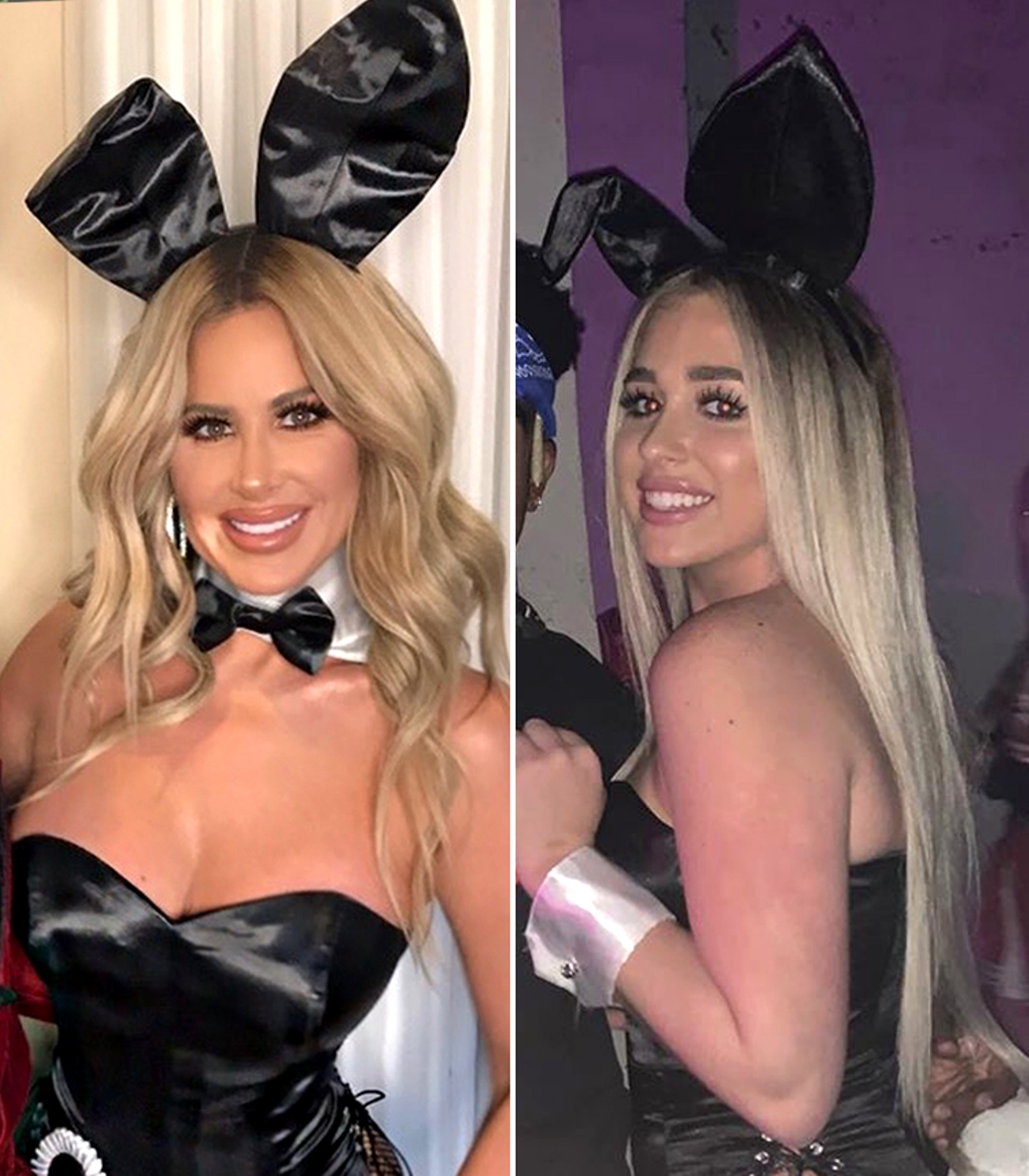 Ariana Biermann paid a visit to mom Kim Zolciak‘s closet before heading to a Halloween party this past weekend.

Just days after celebrating her 18th birthday with a very adult-themed party, the Don’t Be Tardy cast member was seen showing off her curves in a very racy Playboy bunny costume, which the former Real Housewives of Atlanta star had worn in 2017.

“My baby [Ariana Biermann] wore my Playboy Bunny costume this weekend! I love it!” Kim wrote in the caption of side-by-side photos of the two of them, which she shared on her Instagram page on Sunday, October 27.

My baby @arianabiermann wore my Playboy Bunny costume this weekend! I love it! 😍 costume by @vintageinspiredbyjackie

After Kim’s post was shared, tons of people commented on how much she and Ariana look alike.

Other people pointed out how fast all of Kim’s kids were growing up while others left kind comments, including “gorgeous” and “stunning.” Meanwhile, there was also some backlash from fans who felt that Ariana’s outfit was a bit too racy.

“You are too pretty to be throwing your body out there for ‘likes & comments,'” noted another.

As fans of the family may have seen, Kim and Ariana announced earlier this month that she had been accepted into her dream college, Arizona State University, and would be moving out west next year.

Weeks prior, the mother of six admitted to feeling a bit emotional as she prepared for Ariana to leave the nest.

“This year is not easy for me,” Kim wrote on Instagram at the time. “This is Ariana’s last homecoming, she turns 18 next month, graduates in May, Head’s off to college in another state far away… If you see me crying this is just a few of the reasons why.”

In this article:Kim Zolciak, Ariana Biermann, Don't Be Tardy