Home Don't Be Tardy Don’t Be Tardy Star Kim Zolciak Slams Haters for Judging Her Parenting and Her Kids, See Her Bold Post!

Don’t Be Tardy Star Kim Zolciak Slams Haters for Judging Her Parenting and Her Kids, See Her Bold Post! 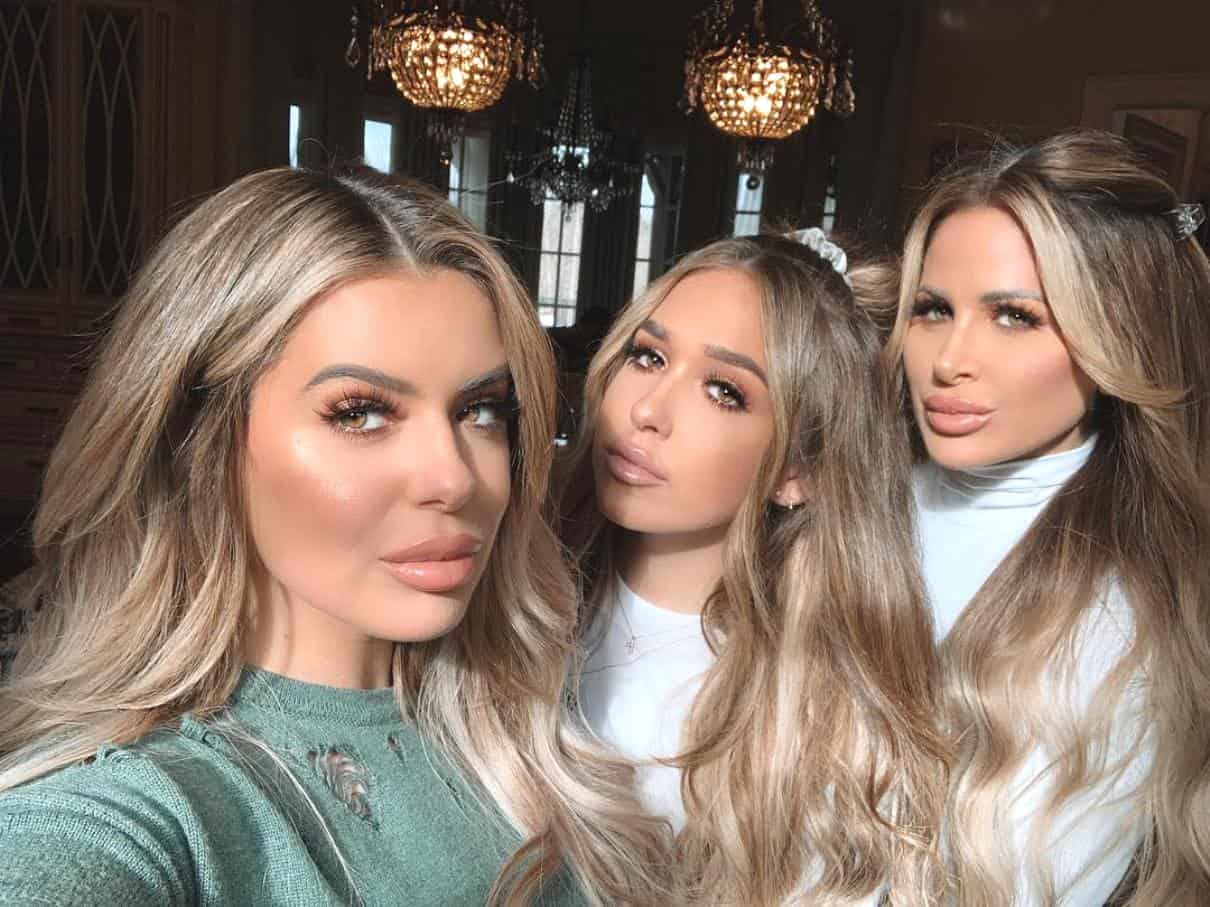 While being on reality TV exposes your personal life to complete strangers, Kim, 40, has had enough of people placing judgment on her family. And since the former Real Housewives of Atlanta star posts a lot about her kids on Instagram, she’s faced with tons of criticism by fans. But in a moment of frustration this week, Kim wanted to send an important message to all the haters out there.

“I give zero F**KS about what you think about my children!! I couldn’t be more proud of each and every one of them,” the mother-of-six wrote in her lengthy Instagram Story post on September 30. “They have the biggest hearts and are so kind to EVERYONE!! They dress how they want, they give their all daily to school, work etc. They are respectful and your comments about their clothing, their weight (you low life f**k) their makeup, their clothes etc”

The reality star continued on, reminding readers that her kids aren’t theirs to judge.

“GOOD THING THEY ARENT YOUR KIDS!! So GTFOH and go look in the mirror and really see the douche you are for commenting so disgracefully on someone’s page,” Kim continued. “It’s a direct reflection of who YOU are!! And you wonder why you are miserable!!!!”

“Meanwhile we laugh, love and live Our BEST BIERMANN LIFE DAILY!!! Remember what you put out it in this world returns right back to you! Treat others how you want to be treated ❤️and leave my kids and dogs outta YOUR Bulls**t sweetie ????CHEERS ????” the Bravo star finally finished. 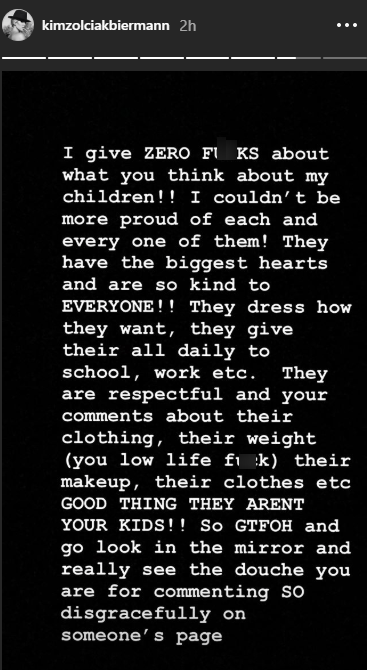 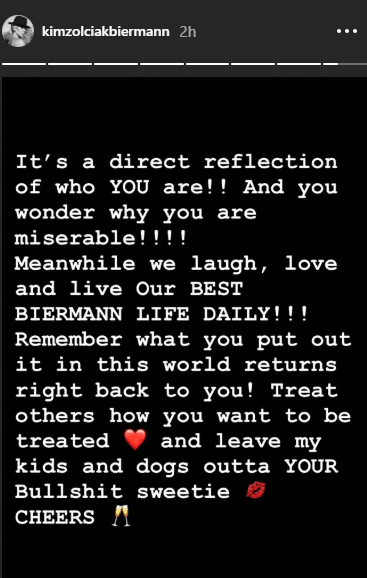 Kim recently posted a picture of her second-eldest daughter Ariana Biermann heading off to her homecoming dance wearing a short pink dress and heels. And as one would imagine, her followers had some strong opinions about Ariana’s dance attire as well as some of the other photos on her Instagram page. Below is one of the tamer pics!

But this isn’t the first time Kim has had to deal with fans criticizing the way her daughters dress and look. Just last week, Kim was slammed by followers after posting a picture of her five-year-old daughter Kaia wearing what appeared to be lipstick and eyeliner.

However, none of Kim’s daughters seem to get as much criticism as her eldest, Brielle Biermann. The 21-year-old is constantly questioned about whether or not she’s undergone plastic surgery, mainly due to the size of her lips. But like her mother, Brielle proves to have tough skin and has even gone as far as to joke about fans’ harsh opinions about her appearance.