Lisa Rinna Defends Husband Harry Hamlin Against Online Trolls, Plus Why She Thinks Denise Richards Will “Walk Away” From RHOBH 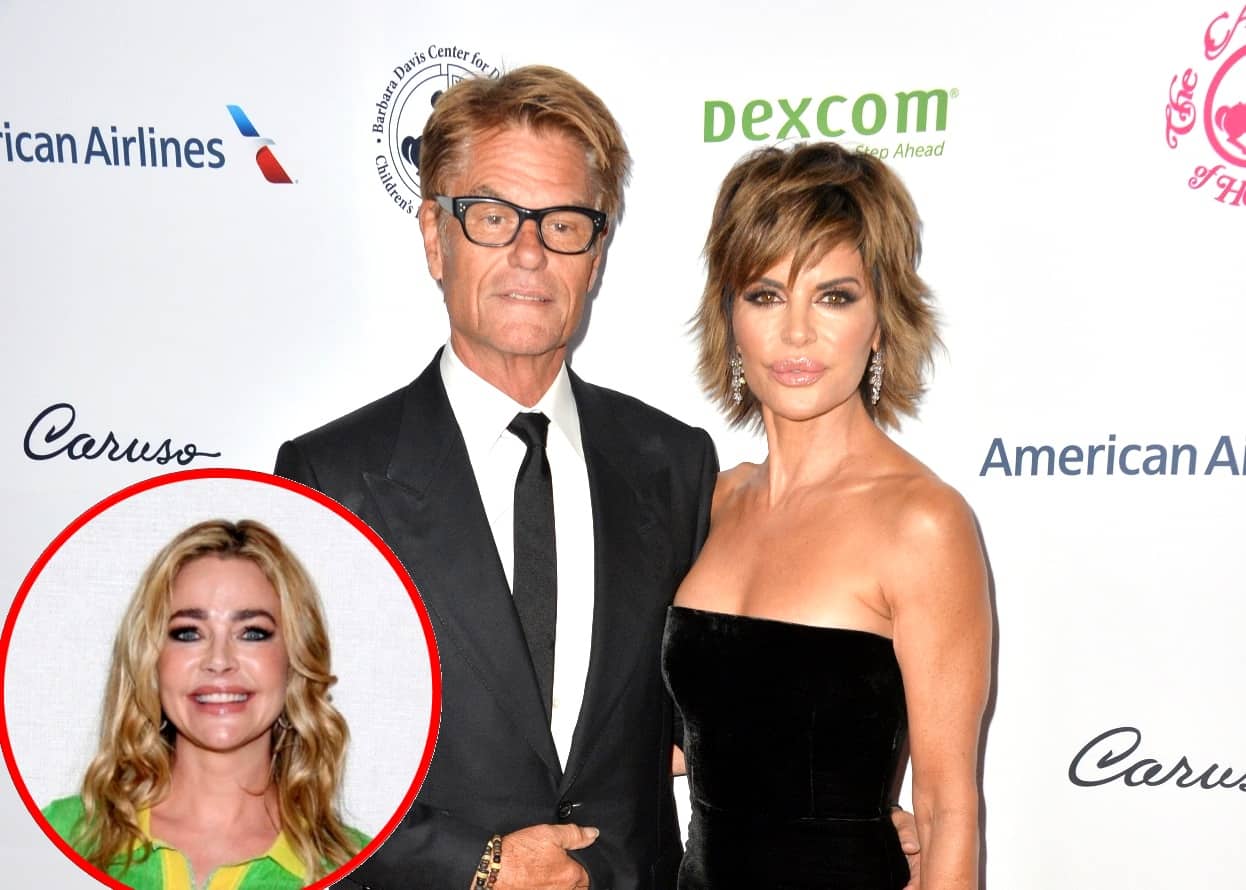 Lisa Rinna has never been afraid to tell it like it is.

The Real Housewives of Beverly Hills star is clapping back at the criticism she’s receiving over her support for the Black Lives Matter movement. She’s also calling out fans who are denouncing her and talking trash about her husband Harry Hamlin in retaliation.

Lisa, who has shown her support for the movement on her Instagram, is apparently receiving messages from fans who disagree with her viewpoints.

“Unfollowing you,” messaged a user, “Your language and bashing the president is out of line. Not sure who worse you or your daughter.”

“Byeeeeee,” Lisa wrote over the message and posted to her story. 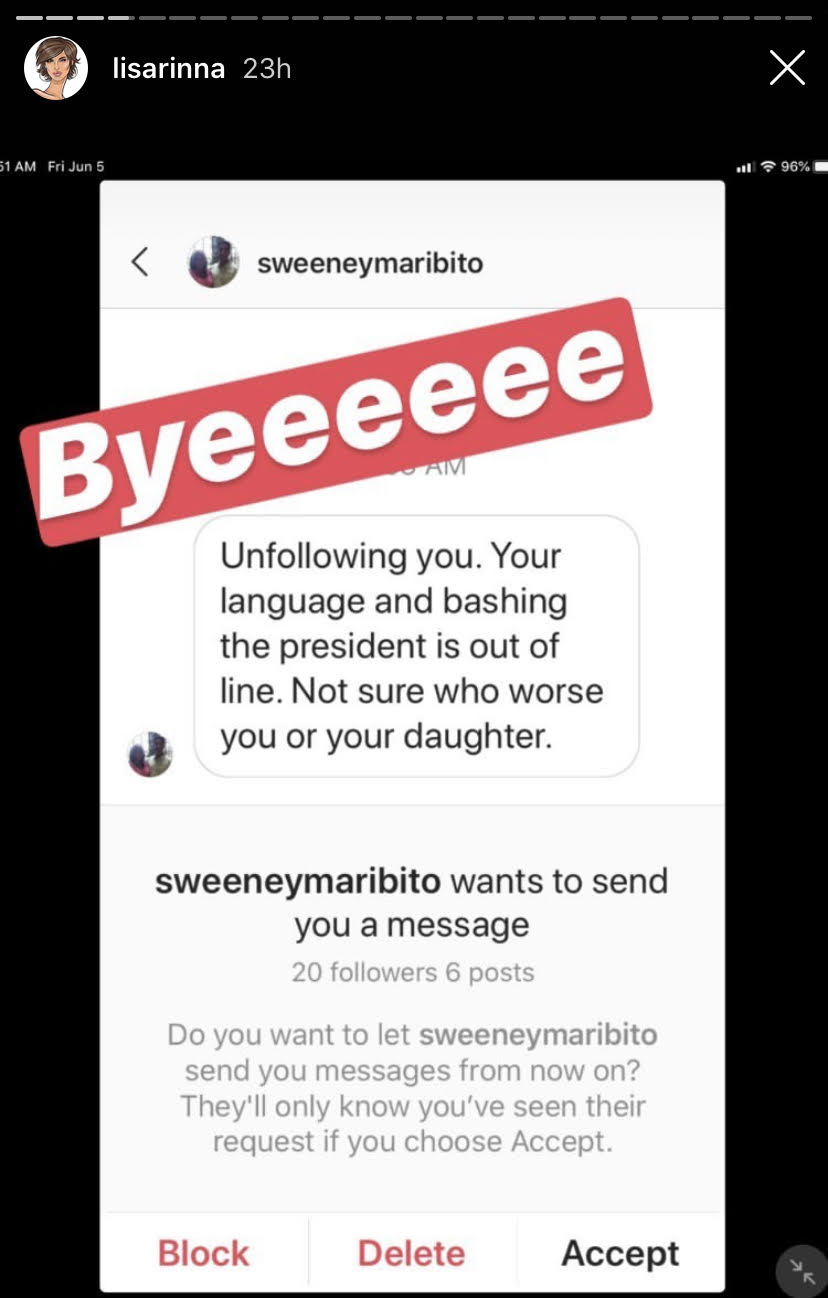 The reality star then shared that many fans were coming for her by claiming her husband Harry was gay and that she was his “beard.”

“So here’s what’s happening now,” she wrote. “My husband is really gay and I’m a beard. Just to let you know what the racists are saying ????.” 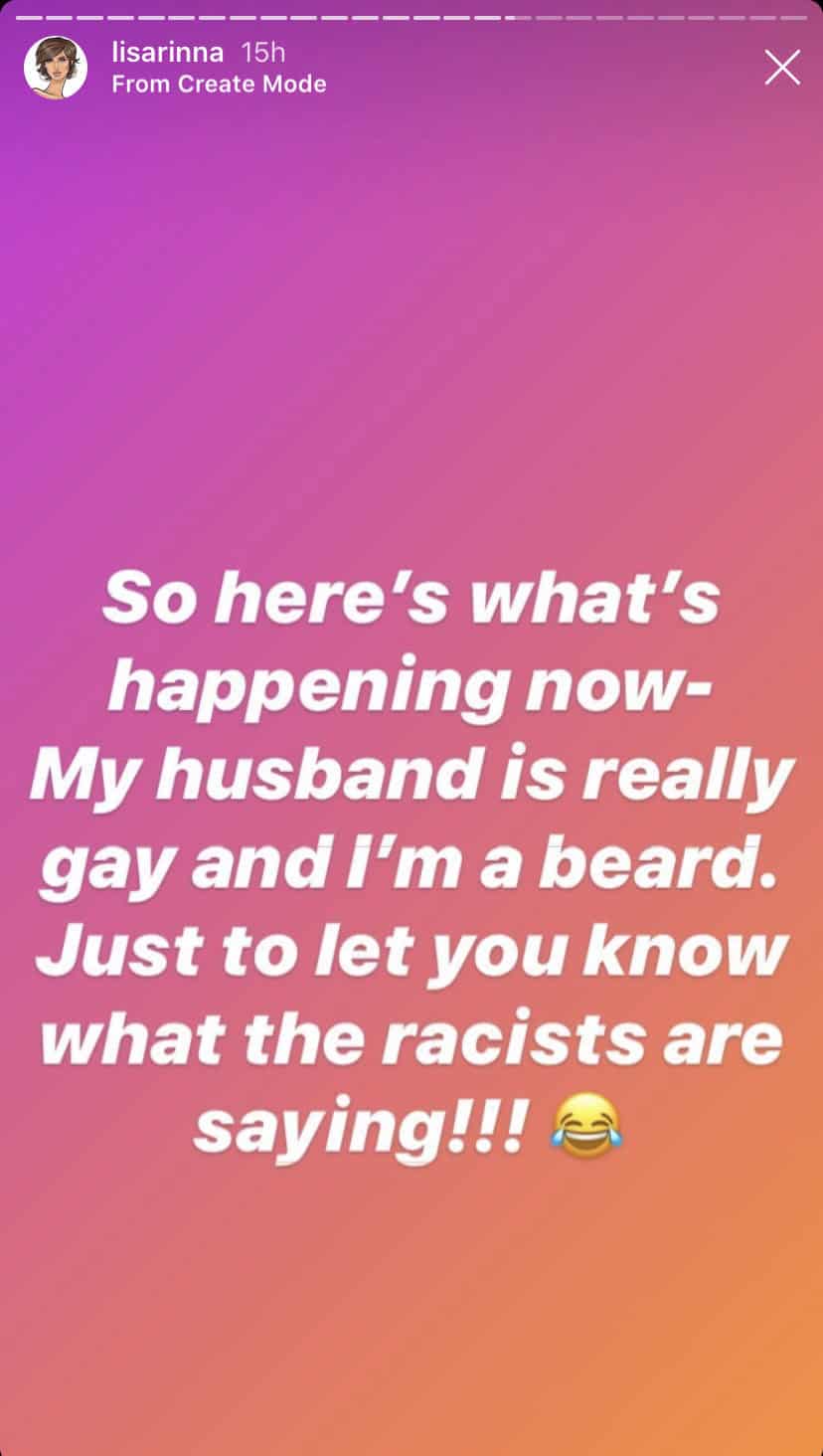 Lisa continued in her posts by noting how she will always speak her mind and never back down — despite what the haters have to say.

“I will always speak MY truth whether we have been friends for 20 years or 2 years,” the mother of two said. “[W]hat you see is what you get. And don’t tell me you are surprised by me being honest to your face. Yeah yeah yeah.” 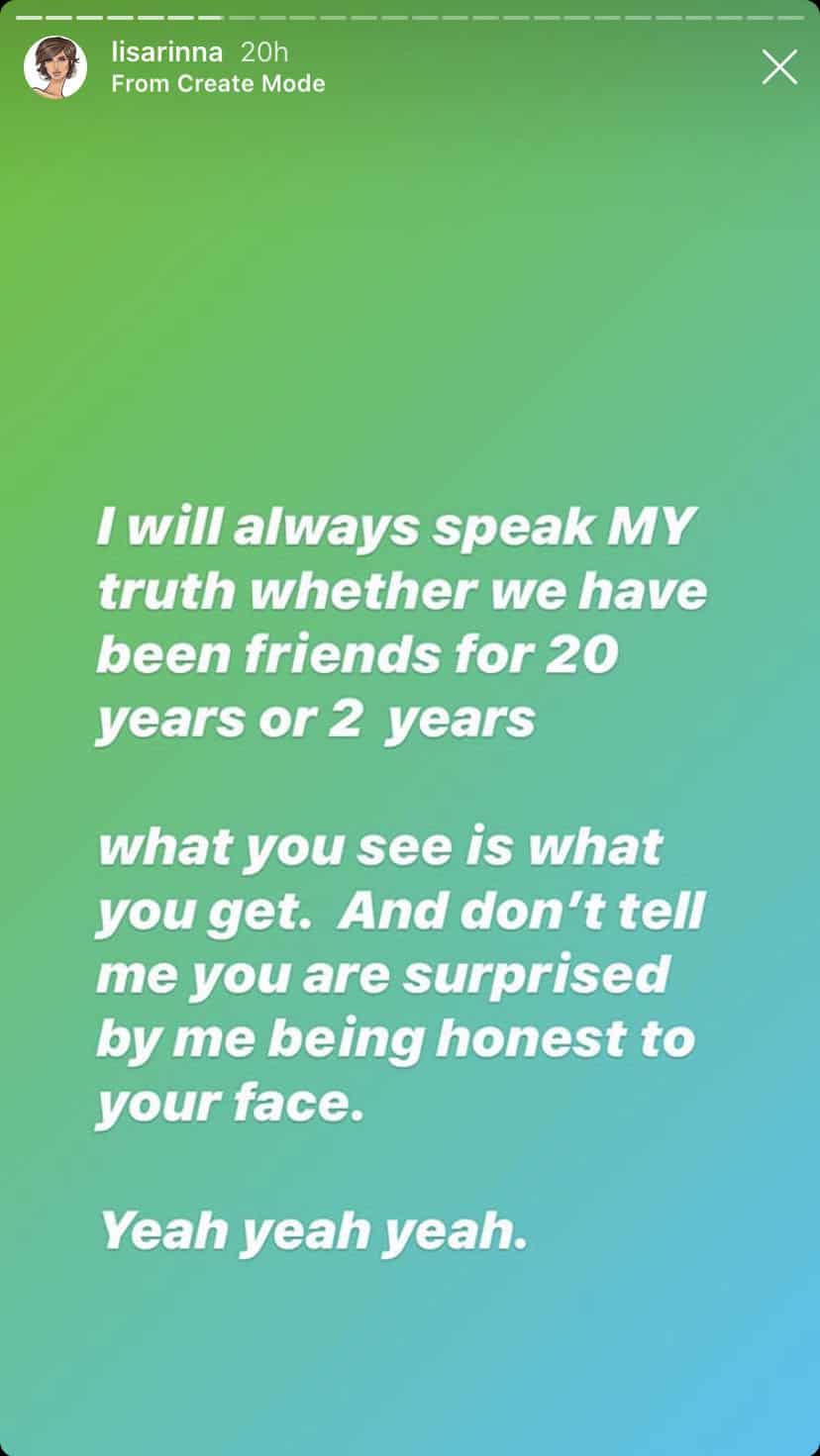 Another way Lisa speaks her truth is on the current season of RHOBH amid the drama surrounding Denise Richards.

Lisa and Denise have been friends for some time, but after the conflict of season 10, their friendship has become rocky. Lisa thinks Denise will likely leave the franchise.

“Rinna thinks Denise will walk away from the show after this season,” a source told HollywoodLife on June 6. “It’s really sad because [Lisa and Denise] were friends for so long, but [due to all the drama that went down this season] they are not interested in speaking with each other or repairing their friendship.”

Up to this point in the show, fans have seen some mild tension between the two former friends, but judging from the mid-season trailer, there’s a lot more drama to come.