Home Real Housewives of Beverly Hills News RHOBH Stars Lisa Rinna and Kyle Richards Slam Denise Richards for Trying to “Shield” Her Life From Filming: “That’s What We Signed Up For,” See Denise’s Fiery Response as She Implies a ‘Gang Up’

RHOBH Stars Lisa Rinna and Kyle Richards Slam Denise Richards for Trying to “Shield” Her Life From Filming: “That’s What We Signed Up For,” See Denise’s Fiery Response as She Implies a ‘Gang Up’ 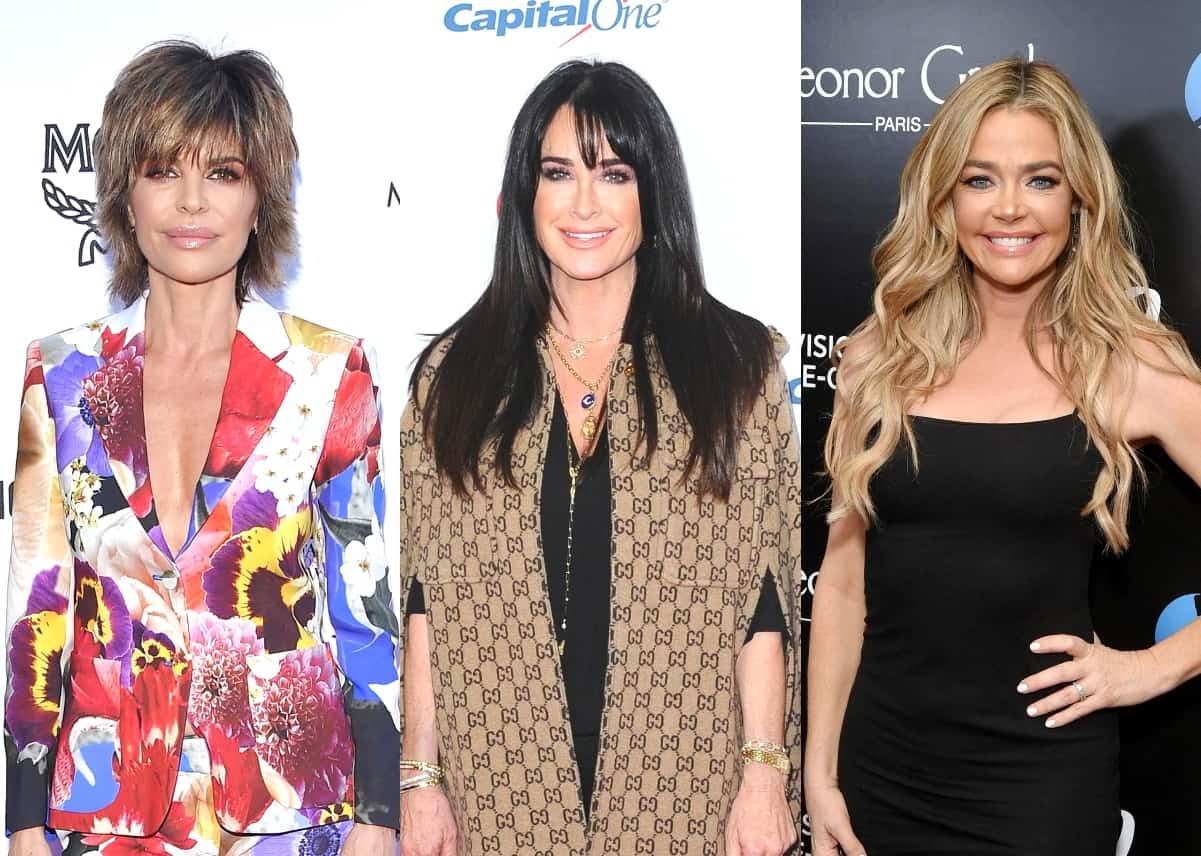 Lisa Rinna and Kyle Richards are calling out Denise Richards for not bringing her all to the reality TV table.

In a new interview, The Real Housewives of Beverly Hills stars got candid about their co-star’s infamous “running away” from filming with the ladies and inability to reveal all she signed up to reveal. Both Lisa and Kyle expressed their dismay at Denise not playing by the Housewives rules and shared what’s needed for the franchise to truly succeed.

“Here’s the thing that always ceases to amaze me, we all know what this show is about,” Lisa told SiriusXM Radio Andy’s Bruce Bozzi for his show Quarantined With Bruce. “If you watch this show for 10 years, which I think a lot of people have — Denise [being] one of them. I know she was a fan of the show before she came on the show. So, it always surprises me that you think you’re going to come on the show and be shielded and be OK and always have a great time.”

The reality star explained how, although it’s likely tough for Denise to endure being confronted about her alleged affair with former RHOBH housewife Brandi Glanville, it’s part of her job description.

“We all have to sit in the hot seat, we all go through it,” she continued. “And so, I always kind of just go, ‘Wait a second, what? How could you think that you’re going to come on this show and it’s a reality show and everything’s going to be secret and whatever you don’t want out there, will never get out there. Like, what alternative universe does anyone live in, is my question — right, Kyle? Like, you know what you’re getting into when you come on this show.”

Kyle has shared her frustration with Denise’s behavior before, but for the RHOBH OG, showing up and revealing everything is something she’s had to do for so long that it definitely continues to hit a nerve every time she discusses it.

“I took issue with not showing up because over these 10 years, — like Lisa said, she knows what she signed up for — for me, there’s been so many times you don’t think over these 10 years that I didn’t want to show up, I didn’t want to go to someone’s thing, or I didn’t want to be with a particular cast member that hurt me or said these things, or the stuff that happened with my sister, as many times as I don’t want to talk about things, I didn’t know that was an option,” she explained. “So, for me … that’s why the fourth wall had to be broken, honestly you can’t dance around things, you have to deal with them. That’s what we signed up for.”

At the end of the season 10 premiere, it was revealed that Denise stopped filming with the ladies in December of 2019 after her alleged affair with Brandi was exposed during a cast trip to Rome. Radio host Bruce inquired if, as a cast member, you could warn someone you “think is about to go down” before their harsh truth reveals itself.

“Everything we deal with we have to deal with on camera,” Kyle explained. “If we deal with it off-camera, it changes the dynamic on camera and there’s a disconnect. It’s very difficult because obviously if you’re not on a reality show you would do that but you can’t do that in this situation because of that.”

Denise didn’t waste anytime firing back at Kyle as she responded to a headline about Kyle taking issue with her “running away” during filming. In her response, Denise also appears to imply she felt ganged up on by her costars.

“I didn’t run from anything. I didn’t give them the answers they wanted. I felt like I was on trial at many dinners. Onward & upward .. agree to disagree… but don’t keep coming at one person every group situation,” Denise tweeted on April 24.

I didn’t run from anything. I didn’t give them the answers they wanted. I felt like I was on trial at many dinners. Onward & upward .. agree to disagree… but don’t keep coming at one person every group situation https://t.co/QAWv1veVG6