Home Real Housewives of Beverly Hills News RHOBH’s Kyle Richards Slams Denise Richards for Failing to Show Up to Filming and Reacts to Affair Rumors, Suggests She’s Not a Team Player and Explains How She Deals With Online Trolls

RHOBH’s Kyle Richards Slams Denise Richards for Failing to Show Up to Filming and Reacts to Affair Rumors, Suggests She’s Not a Team Player and Explains How She Deals With Online Trolls 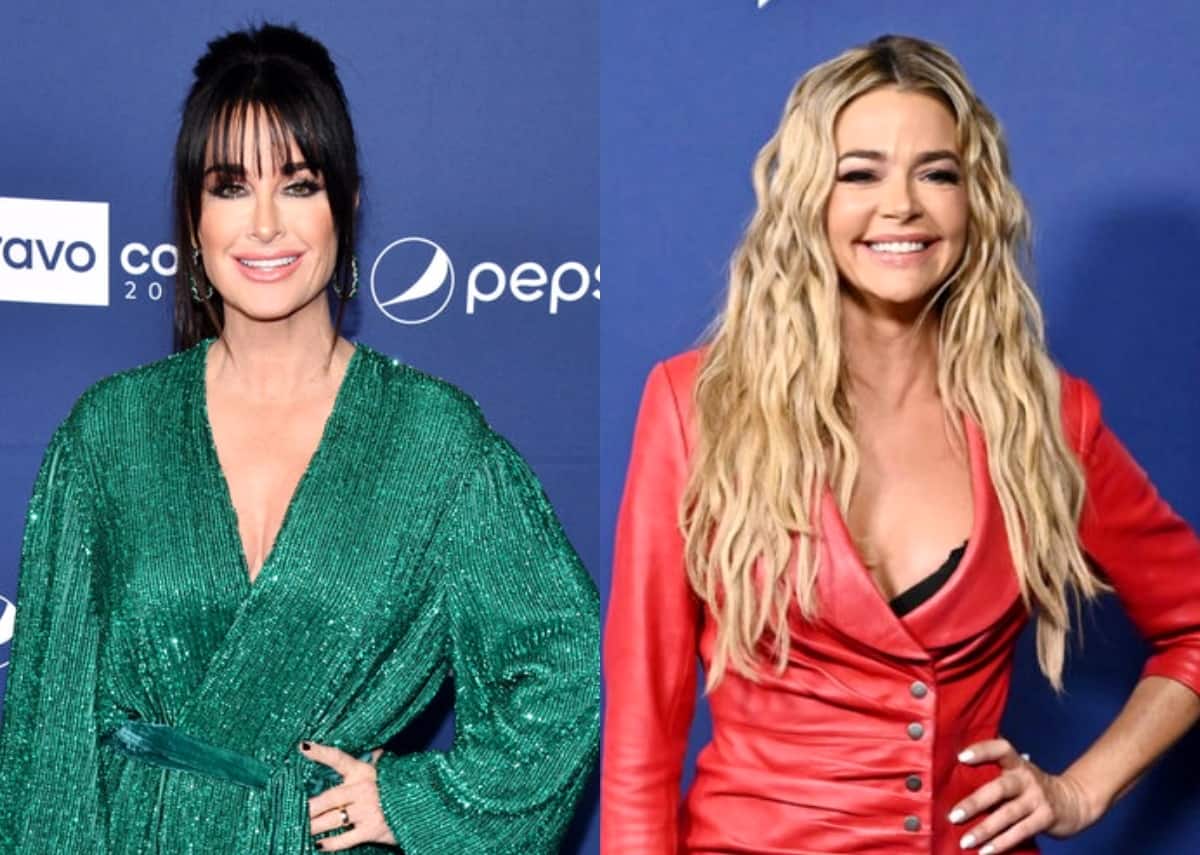 Kyle Richards is calling out Denise Richards for failing to show up to filming after being confronted with rumors regarding an alleged affair with Brandi Glanville during the 10th season of The Real Housewives of Beverly Hills.

In a couple of recent interviews, Kyle is speaking out about her thoughts on Denise avoiding filming with her and her co-stars and admitting to being taken “aback” by Denise’s absence while also addressing the way in which she’s learned to deal with her social media trolls.

“I feel like when it got hot in the kitchen, she left,” Kyle told Entertainment Tonight of Denise, via video chat, on April 15. “Her kind of walking off and not wanting to participate didn’t really sit well with the rest of us who show up every day.”

Speaking of the rumors that have been plaguing Denise for the past few months, Kyle admitted that what is being said about Denise and her alleged romance with Brandi is quite “salacious,” especially considering she’s been married to husband Aaron Phypers since September 2018.

“When you first hear something like that [about a] married woman, it’s salacious. But it’s also someone’s life and once something is out there, it’s out there,” she explained.

Kyle then pointed out that after doing 10 seasons of RHOBH, she’s gone through a lot of difficult moments, as has the rest of the cast.

“The stuff that happened between my sister [Kim] and me. And I mean, what Taylor Armstrong went through, Camille [Grammer] — everybody — and nobody ever walked away,” she noted. “We’re here documenting our lives and that’s what we signed up for.”

“I was a little taken aback. Like, this is what you signed up for and, unfortunately, it’s hard, but it’s not just all fun and going to parties,” Kyle continued. “You can’t just pick and choose what you want to show. Otherwise, we wouldn’t be on the air still. We’re documenting our lives. The good, the bad and the ugly.”

During a second interview with Entertainment Weekly, Kyle opened up about how she deals with the hateful comments she often receives from her fans and followers on social media.

“I just cannot let it affect me like it did in the beginning,” she explained. “I’ve learned to sort of take it in stride, but that said, it’s still not easy.”