Home Real Housewives of Beverly Hills News Erika Jayne Reveals the Real Reason the RHOBH Cast is Feuding With Denise Richards and Says She “Repeatedly” Walked Out During Filming, Says Cast is “Divided” Over Drama With Brandi

Erika Jayne Reveals the Real Reason the RHOBH Cast is Feuding With Denise Richards and Says She “Repeatedly” Walked Out During Filming, Says Cast is “Divided” Over Drama With Brandi 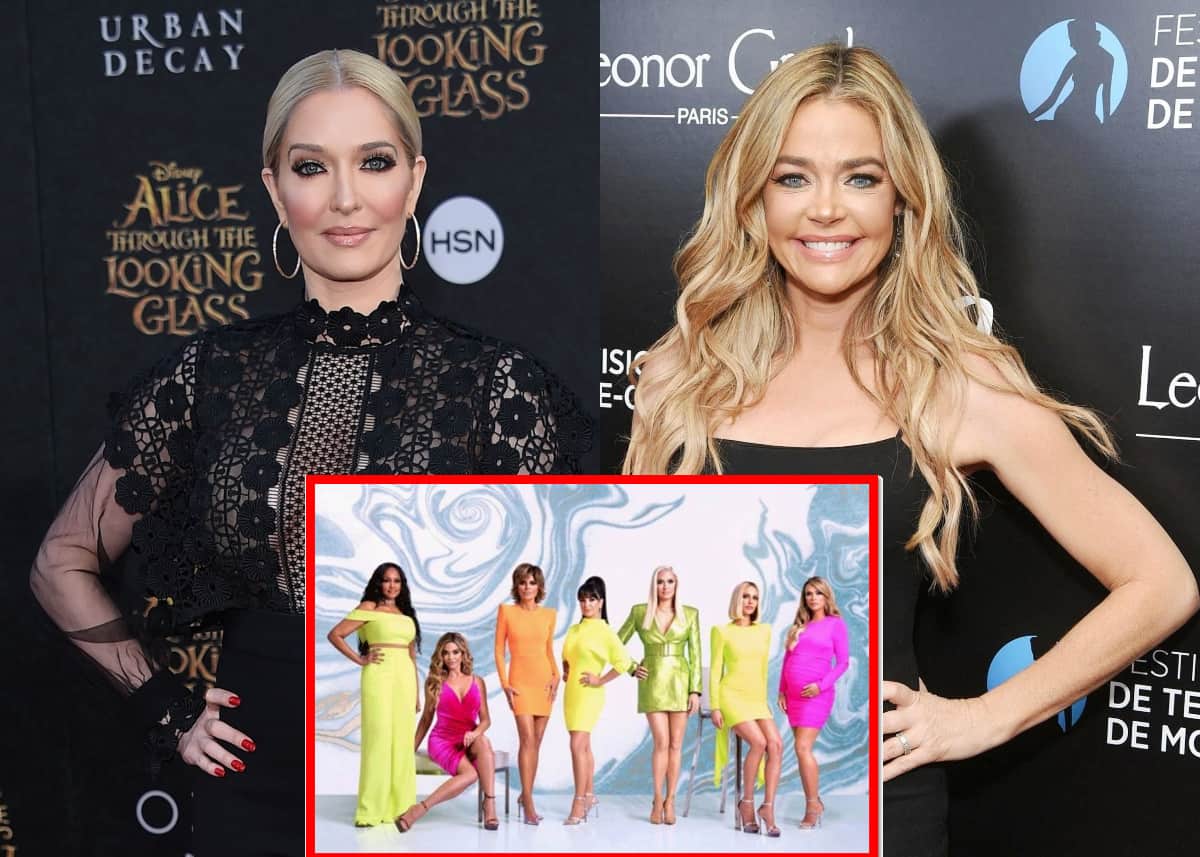 Erika Jayne opened up about the drama surrounding Denise Richards on the upcoming 10th season of The Real Housewives of Beverly Hills during a couple of new interviews and admitted that her co-star stormed off during production more than once.

After addressing her own issues with Denise and explaining why the cast was frustrated with her throughout production, Erika confirmed that nobody is against Denise and explained that there is more to her drama than what fans have heard about her alleged affair with Brandi Glanville.

“I was shocked to hear what Brandi said that Denise allegedly said about me, because I didn’t know that Denise had a problem with me,” Erika revealed to Hollywood Life on April 14. “I thought that we were getting along, but apparently we weren’t.”

“There were also things that Denise said about us as a group,” Erika continued. “So we asked Denise, ‘Hey, did you say these things about us?’ That’s really where the conversation is, but before that there’s lots of little signs that give us a hint that maybe Denise — You know, really doesn’t like us.”

According to Erika, she and her RHOBH co-stars found out not only about Denise’s rumored hookups with Brandi during their cast trip to Rome last November, but also about things Denise had allegedly told Brandi about their co-stars.

“There are a lot of instances that lead up to the revelation in Rome, but it’s not just about Brandi and Denise. It’s also about what Denise has said about us as a group to Brandi and we find that out,” she shared.

In a second interview, Erika said that despite rumors of a cast feud, she and her co-stars haven’t ganged up on Denise.

“We all had Denise’s back. It’s not, like, bash Denise. It’s not that anyone dislikes Denise,” Erika told Us Weekly. “It was this series of events in which we asked Denise certain questions, and Denise would repeatedly either leave or not answer those questions. So when that happens in this group, the next time we see you, we’re going to ask the same question. It just never was resolved.”

Erika said that while she and her castmates didn’t expect Denise to “put everything out there,” they were frustrated by the way in which she would bolt from filming.

“We’d be there for five minutes, and then leave. And then when we’re all there for hours and trying to make the show … all we needed to have was a simple conversation,” Erika explained.

Erika then said that the drama surrounding the nature of Denise and Brandi’s relationship wouldn’t be the bulk of the season but did lead to a divide amongst the cast.

“The alleged Brandi thing came after our … I don’t want to say conflict, but our discovering things,” Erika said. “In situations like this, the cast is always divided. There were those that sort of sided with this person and those that sided with the other.”

The Real Housewives of Beverly Hills season 10 premieres tonight at 8 p.m. on Bravo.