Home Real Housewives of Orange County News Kelly Dodd Shares What Proof Brandi Glanville Has of Alleged Hookups with Denise Richards, Plus Brandi Reveals if Denise Has Quit the RHOBH

Kelly Dodd Shares What Proof Brandi Glanville Has of Alleged Hookups with Denise Richards, Plus Brandi Reveals if Denise Has Quit the RHOBH 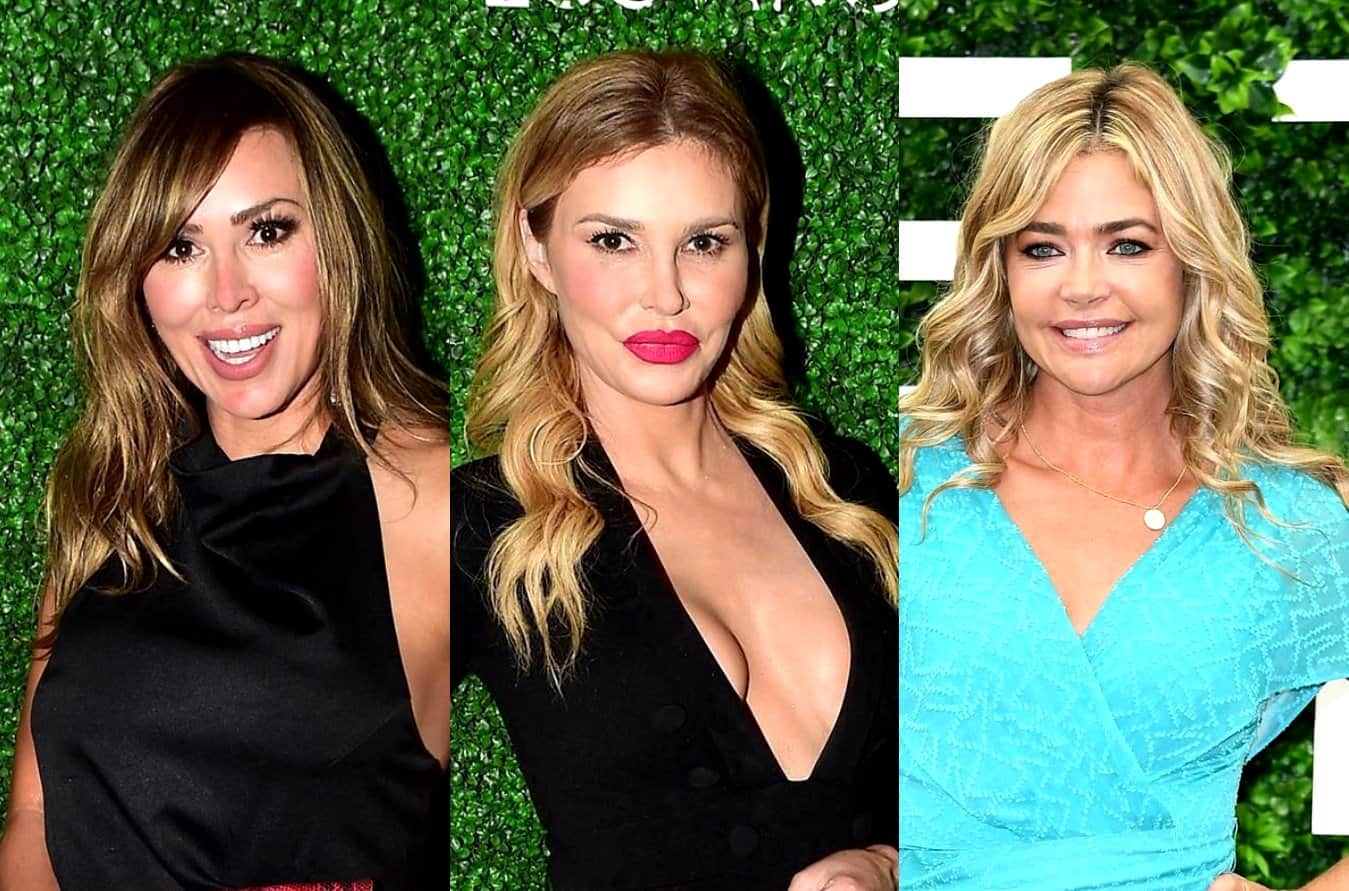 Kelly Dodd revealed new details about Brandi Glanville‘s supposed hookups with Denise Richards during “An Evening With the Celebrity Housewives” over the weekend.

As Brandi addressed rumors claiming one of her Real Housewives of Beverly Hills co-stars quit the show during season 10 on Twitter, the Real Housewives of Orange County cast member revealed that she recently spoke to Brandi about what went down between her and Denise and learned that Brandi has proof of their alleged affair.

“I just talked to [Brandi]. I said, ‘What the hell is going on here?’ She goes, ‘I did hook up with her and I have the text messages and I don’t lie,'” Kelly revealed to the audience at the event.

“Who did Brandi hook up with?” Sonja Morgan, who was also present at the event, asked, seemingly unaware of the ongoing rumors.

“What did they do?… I don’t know! I didn’t ask,” Kelly continued of Brandi’s rumored encounter with Denise. “I didn’t want to get into graphic detail. I don’t know. I don’t care. What do you do? Get a freaking st**p-on and grind her down?”

While recent rumors have claimed Denise quit filming RHOBH after being confronted about her alleged affair with Brandi, which reportedly took place behind the back of Denise’s husband, Aaron Phypers, Brandi denied any such news on Twitter on Sunday.

“Just so we’re all aware nobody quit the show & EVERYBODYS going to the reunion & I mean everybody and apparently my life is about to be ruined. Should be fun. Someone called in some lesbianic back up,” she wrote.

Amid claims of their supposed hookups, Denise sparked rumors of a potential lawsuit against Brandi by stepping out last week with Joanna Krupa, who sued Brandi for defamation in 2015.