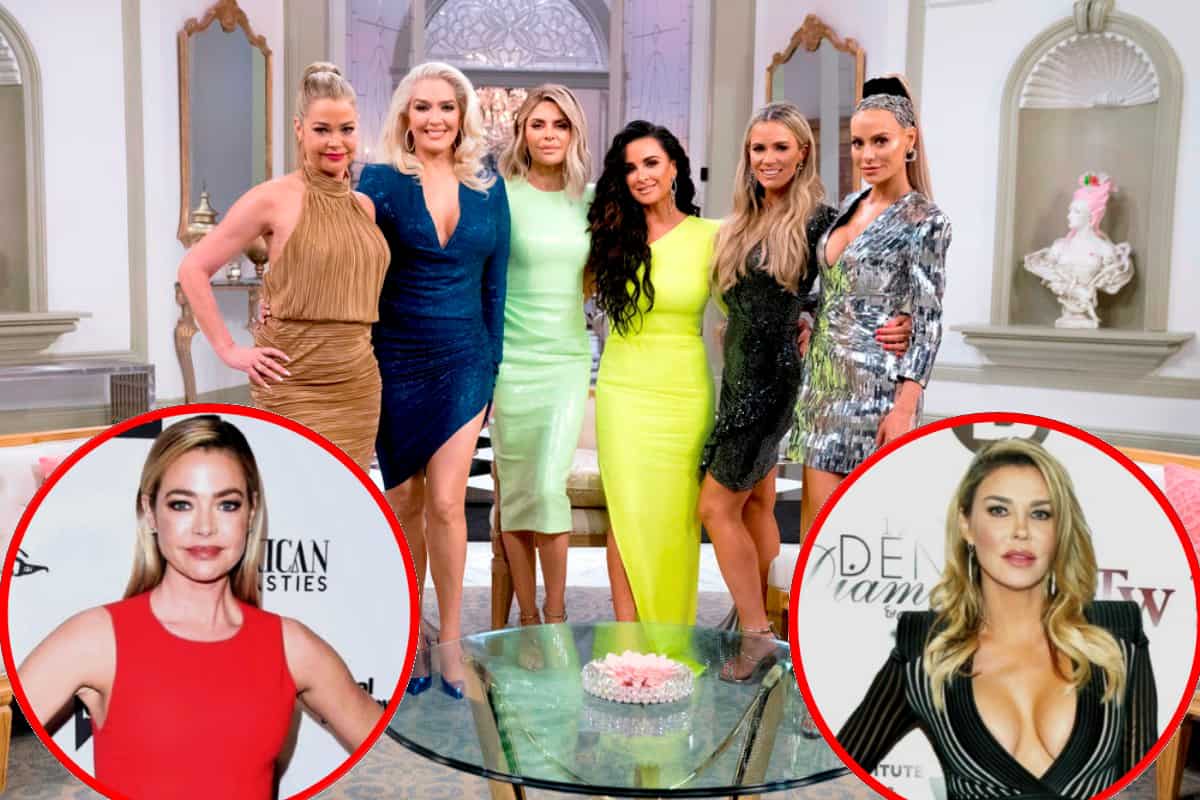 According to a couple of new reports, Denise stopped filming season 10 with her co-stars after being confronted about her alleged months-long affair with Brandi Glanville during the cast’s trip to Rome, Italy last November, much like Lisa did after being accused of leaking a negative story about Dorit Kemsley and her adopted chihuahua during season nine. However, another source appears to be hinting that Denise is still filming.

But first, more details are emerging regarding Denise’s feud with some of her fellow RHOBH cast members as it apparently stemmed from suspicion that Denise was badmouthing them to Brandi.

“They confronted [Denise] in Rome because she was also sh*t talking the girls to Brandi,” an insider explained to Page Six on January 10, noting that returning cast members Kyle Richards, Lisa Rinna, Teddi Mellencamp, and Dorit, as well as new cast members Garcelle Beauvais and Sutton Stracke, were in on the confrontation.

While Denise reportedly denied both the affair and claims of talking poorly about her co-stars, the source revealed she hasn’t filmed with the cast since their confrontation and was noticeably absent when Teddi celebrated her baby shower for her third child.

“Brandi has always been honest from the get-go,” the insider continued. “She’s never been the one to deny anything. Apparently, she has receipts too.”

According to a second source, however, Denise was forced to skip Teddi’s baby shower due to a “previous conflict” and was absent for a cast party at Dorit’s house only because of a “family emergency.”

“[Denise] was very involved in all the production leading up to the end of the show,” the second source insisted, adding that she is “still filming” and will continue to do so in the coming weeks.

And despite reports had stated that a party hosted at Dorit’s home last month was the finale party, it appears the cast is still filming. During the January 10 episode of her Brandi Glanville Unfiltered podcast, Brandi confirmed filming was still ongoing and repeated that she is currently unable to address the claims of an alleged affair with Denise.

Although Denise hasn’t released a personal statement regarding Brandi’s claims of an affair, her rep stated the allegations are not true and added that Denise did not quit filming due to the claims. Still, a number of sources have continued to claim that Denise distanced herself from RHOBH after being accused of the affair.

“Denise basically stopped filming and pulled a Vanderpump,” a source told Us Weekly. “She stopped showing up once the other girls told Denise what Brandi said.”

On Twitter and Instagram, Brandi has continued to hint at potential “receipts” from her hookups with Denise but another insider told the magazine that her allegations are “ridiculous and reckless” and insisted Denise and her husband, Aaron Phypers, are “100 percent monogamous.”

While Brandi was allegedly planning to confront Denise about their supposed affair during a taping last month, Denise, according to the insider, “already had other plans that evening” and “didn’t want to give [Brandi] a platform to make those allegations.”

The Real Housewives of Beverly Hills season 10 will air on Bravo sometime later this year.