Lisa Rinna Addresses the RHOBH Cast’s Drama with Denise Richards, Says Everyone “Took a Hit” This Season and Promises Fans Can Expect a More ‘Authentic’ Show 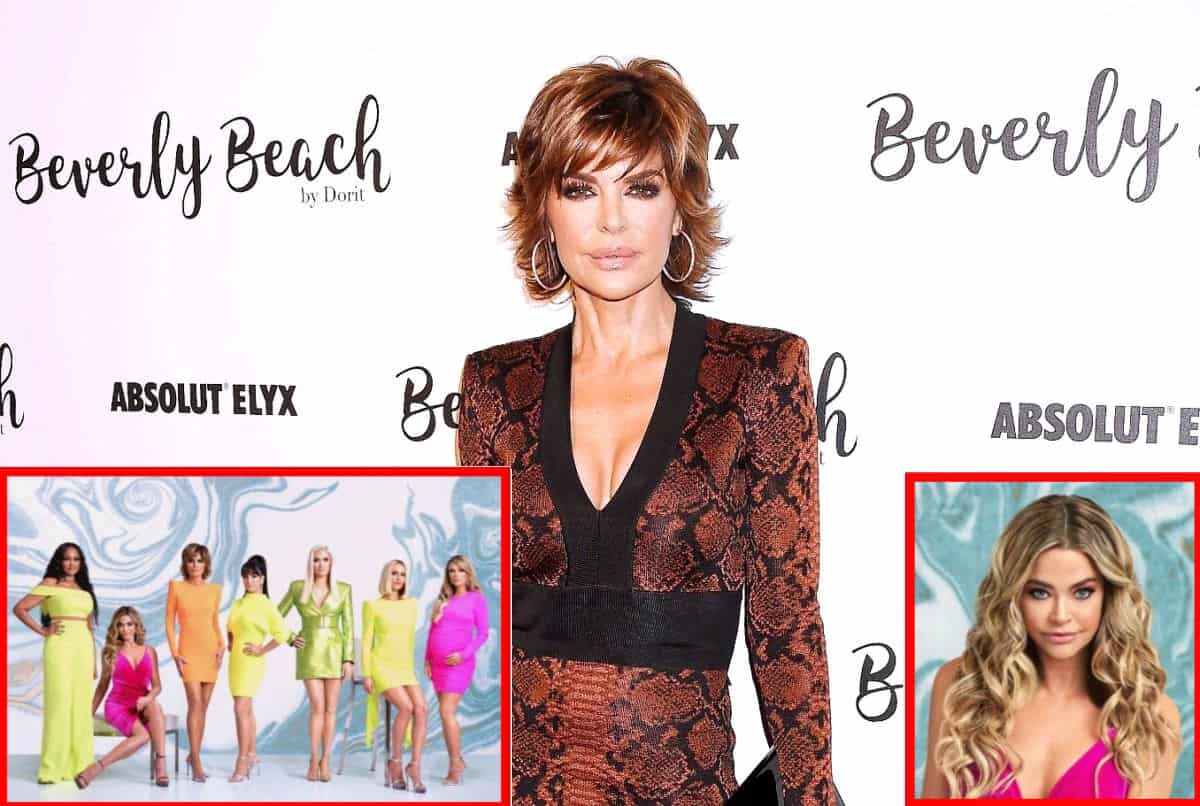 The Real Housewives of Beverly Hills star Lisa Rinna says this upcoming season is going to be a good one.

During a new podcast interview, the reality star teased exciting details about the show, including how everyone “takes a hit” from the drama this season while also addressing the cast’s feud with Denise Richards.

”I think it’s gonna be a really good season is what I can tell you. It’s cringe-worthy on many levels, for everybody. Everyone’s gonna take a hit — everyone. How about that, I can share that with you, we’re all gonna take a hit,” said Lisa on the March 19 episode of the Everything Iconic with Danny Pellegrino podcast.

In recent months, multiple reports have come out stating that most of the RHOBH cast members are feuding with Denise amid accusations that she was badmouthing them and wasn’t being truthful about her alleged affair with Brandi Glanville. Lisa also explained how, even though the trailer looks like they gang up on Denise, the season plays out differently.

“I think that’s a really easy way for people to go when they’re in the hot seat, and I don’t think it’s necessarily fair because we’ve all been in the hot seat. God knows if you look back on my season in the beginning … I sat in that hot seat for a long time,” she shared.

Lisa continued, “And one thing I think careful of doing is blaming and saying, ‘You guys are bullies, you’re mean.’ I think that anyone doing these shows … no one signs up to be a mean girl or a bully. That’s just not part of it. What happens on something like this is you have opinions. And sometimes, the opinions line up for whatever reason.”

The host Danny also noted how he and many RHOBH fans have sometimes expressed their desire for the show to be a little more authentic and show some real-life dirt… citing some of the lawsuits some members of the cast have faced in the past year. He explained how earlier seasons of the show often felt more behind-the-curtain.

Are we returning with some more authenticity?

“Yeah, I think we’ve done a really great season is what I can tell you,” said Lisa. “And I think that … everyone is more open and maybe more honest than they’ve been in the past. So I think that’s great, because I think it’s all about being vulnerable and open and honest. I think that’s what the audience wants to see.”