Home Real Housewives of Beverly Hills News Did the RHOBH Cast Plot to Take Down Denise Richards After Lisa Vanderpump’s Exit? Brandi Glanville Reportedly Warned Her After Being Tipped Off by Kyle Richards

Did the RHOBH Cast Plot to Take Down Denise Richards After Lisa Vanderpump’s Exit? Brandi Glanville Reportedly Warned Her After Being Tipped Off by Kyle Richards 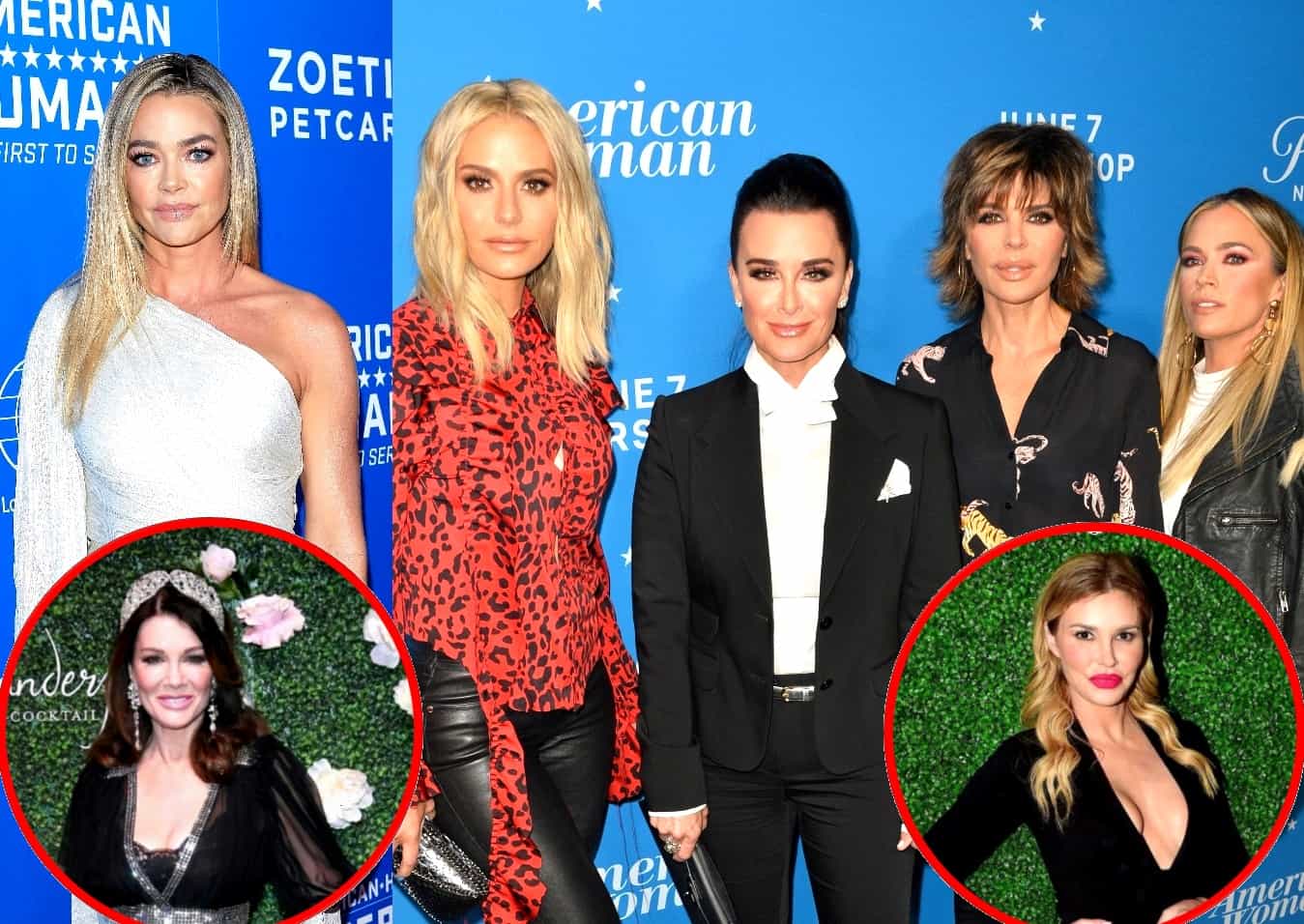 Did the Real Housewives of Beverly Hills cast purposefully target Denise Richards throughout production on season 10?

According to a new report, Denise was allegedly told about a potential take-down by Brandi Glanville early on during the season, prior to an apparent falling out between the two of them and before Denise’s feud with Lisa Rinna was made public.

“Brandi called Denise early in the season because [Kyle Richards] had told Brandi that Denise was going to be the one person that the other ladies picked on this season in Lisa Vanderpump‘s absence,” a production source told Hollywood Life. “Kyle said that everything that the audience liked about Denise last season is what the ladies would use against her this season.”

Although Brandi appears to be Team Rinna at this point in time, her intentions were good when she initially went to Denise with the information that Kyle had allegedly brought to her.

“Brandi really empathized with Denise and everything that she went through in her past, so she called to warn her about her conversation with Kyle,” the insider explained.

Because Brandi and Denise were friends after meeting amid RHOBH season nine, Brandi wanted to make her aware of the potential take-down by her co-stars. However, because Brandi is known to be quite dramatic, Denise wasn’t fully convinced that she was genuine in sharing her concerns.

“Brandi had been contacting several of the women because she wanted back on the show. Denise felt Brandi was just brought back to cause drama the entire last month of shooting and that she was set-up to get into heated fights with her and Camille Grammer,” the source shared.

As RHOBH fans may have seen, Rinna called Denise out for skipping filming on the season 10 finale last week after rumors claimed for weeks that Denise wasn’t filming as much as the rest of the cast.

Following the post, Camille went after Rinna on Twitter by suggesting she shouldn’t have gone public with their feud. Rinna, however, insisted that she did reach out privately to Denise.