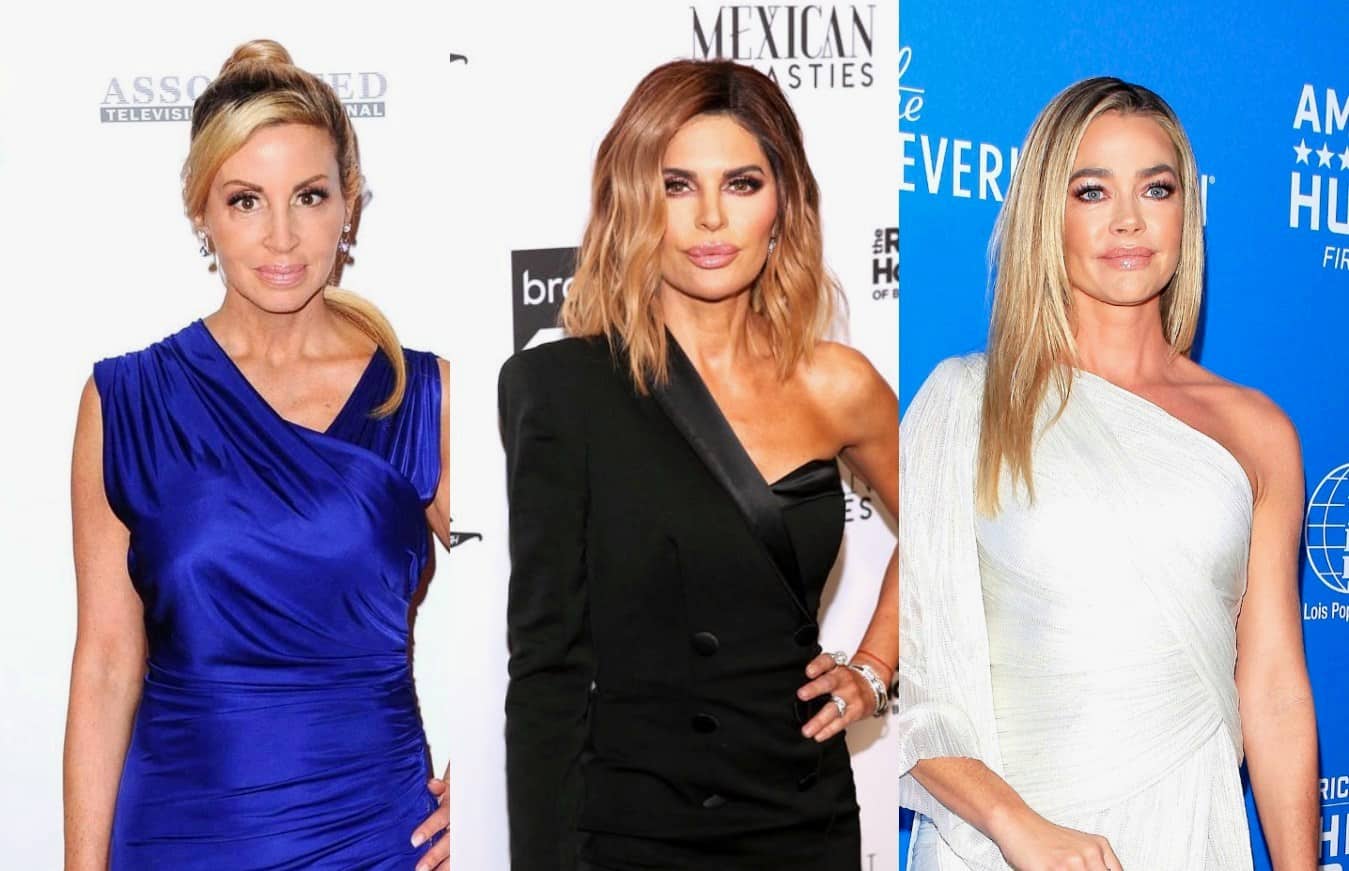 Camille Grammer is slamming Lisa Rinna just hours after Lisa called out Denise Richards for skipping out on the Real Housewives of Beverly Hills season finale party. Also, Camille dropped a major bombshell as she revealed someone on the show wanted to hire a private investigator to take down a co-star last season.

Late last night, Denise shared a post regarding her health as she explained she had experienced pain for months before discovering she had two femoral hernias and two inguinal hernias. Lisa then commented under Denise’s Instagram post and seemingly put her on blast for skipping the show’s finale party, which took place this weekend at Dorit Kemsley‘s house.

And just moments ago, Camille, who will be returning as a friend this season, took to her Twitter page to accuse Lisa of backstabbing Denise as she also denied Denise had quit the show.

“Denise did not quit #Rhobh and Rinna you throw your friend under a bus. How about calling her to see how she’s Doing and stop tweeting about it,” Camille wrote on December 18.

It didn’t take long for Lisa to fire back at Camille’s criticism.

“I did reach out to her privately. Thank you for your concern, Camille,” tweeted Lisa.

But Camille wasn’t done yet as she then seemingly implied Lisa contemplated hiring a private investigator to have a co-star investigated last season.

“What kind of person or so called “friend” discusses hiring a PI to taken down a HW last season?” tweeted Camille, adding: “So vindictive and cruel.”

The only cast members who were on the outs with the cast last season were Lisa Vanderpump, who ultimately quit the show in June, and Camille. Later, Camille added “or friends,” perhaps implying it wasn’t just Rinna who discussed hiring a PI.

For the time being, Denise is remaining mum amid reports she is embroiled in a feud with most of her castmates, which reportedly stemmed from their complaints that the actress is “never around” and was missing too many of the cast events.

“They all feel like they have to work too, so she should want to come to things as much as they do and she doesn’t,” a source told the Hollywood Life last week.

“She’s definitely not as close to a lot of the ladies as she was last season and her friendships with them are not what they once were,” the source added.

It’s now becoming more clear that Brandi Glanville was likely referencing Denise when she stated last week that a RHOBH cast member was “refusing” to film and predicted they may never return to the show.