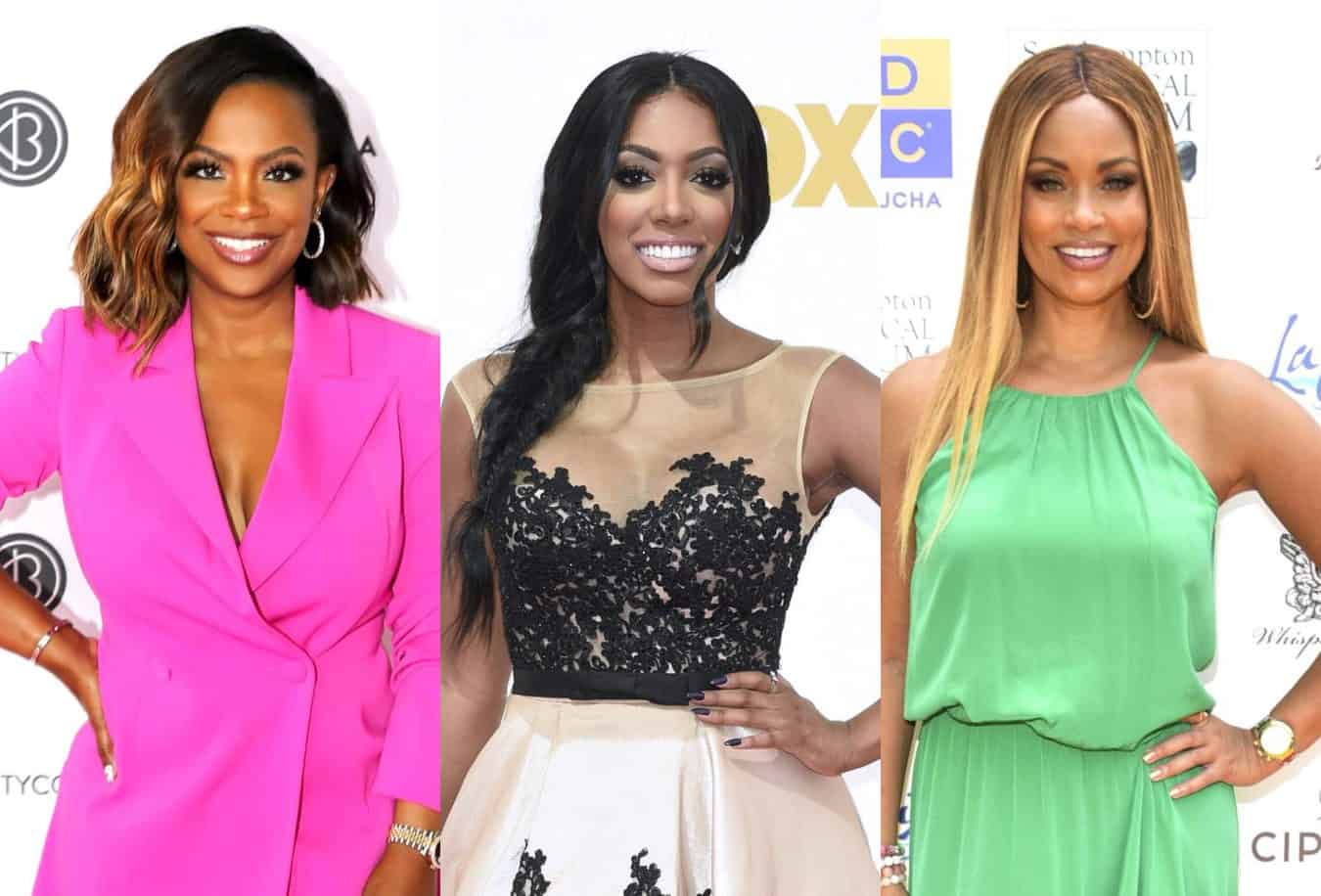 Amid the ongoing Black Lives Matter protests that have taken over all 50 states, the reality stars joined Daily Pop co-host Justin Sylvester on Bravo’s Instagram Live to discuss their experiences with racism, the importance of voting, and what we can do moving forward.

The women started by discussing their reactions to the police killing of George Floyd, with Gizelle noting how the brutality especially “saddened” her father — a man who worked with Martin Luther King Jr.

“I feel like even though as black people, we’ve been preaching and trying to get the word out for a very long time about police violence in America and the injustice and racism in America, but just now all of a sudden it seems like everybody is finally being able to hear it,” said Kandi.

The women continued the conversation by talking about their various experiences with racism.

“To bring it a little closer to home for me,” explained Gizelle, “I have a 15-year-old who’s in high school and then I have twins that are in the eighth grade, but when my twins were in sixth grade, Angel, one of the twins, she went to school and on her desk was the N-word.”

Kandi then spoke up about how there can often be “someone of another race” who is “always trying to do what they think works for the black community,” implicating Bravo in that statement.

“I, myself, have already started having conversations with our network to bring these questions up,” she continued. “And I know my sisters on The Real Housewives of Atlanta, we are having these conversations among each other, of how we can have our production company and our network support us.”

The ladies also discussed the importance of voting and how people can take action in the fight to dismantle systemic racism.

“I really think everybody sees this window of opportunity, I really do believe that people want this to be changed in a real way,” Porsha said. “There’s a website called SURJ, S-U-R-J, Showing Up for Racial Justice. I like to give it out because it’s a website with a wealth of information about racial injustice from a white person to tell another white person…If people can look up different quality organizations who are trying to help the movement. So, you have NAACP Legal Defense Fund, Black Lives Matter, different ones just look them up and see what they’re about.”

“So this year, for the state of Maryland, the primary was on June 2. So, because of COVID, they mailed us our ballots, right?” explained Gizelle. “And on the ballot was of course, you know, president all that, but on the back were all the judges. You gotta know who your judges are, because the judges are the people that are going to send you, being black, potentially to jail unfairly or not.”

Kandi then noted the importance of having white allies stand up and join the fight and make sure black people have a seat at the table.

“I love the fact that we have so many allies right now. So, when they ask us, once again, what can they do to help us? What can they do to rectify what has been years and years and years of racism? We have to start by making sure we are included,” Kandi explained. “If you go to an executive meeting where the top people in your company are all at the table and you do not see one black person, or even if you see 20 of y’all and there’s only one black person, you need to have a conversation. There is something not right.”

“Our $100 million comprehensive, multiyear plan will be focused on social justice, our employees, awareness & education, digital equity and small businesses,” said the network in a statement released on June 8.