Home Real Housewives of New York City News Luann de Lesseps Explains Why She’s Not Drinking During Quarantine and Calls Out RHONY Cast For Hypocritically Critiquing Her, Plus She Gives an Update on Her Cabaret Tour

Luann de Lesseps Explains Why She’s Not Drinking During Quarantine and Calls Out RHONY Cast For Hypocritically Critiquing Her, Plus She Gives an Update on Her Cabaret Tour 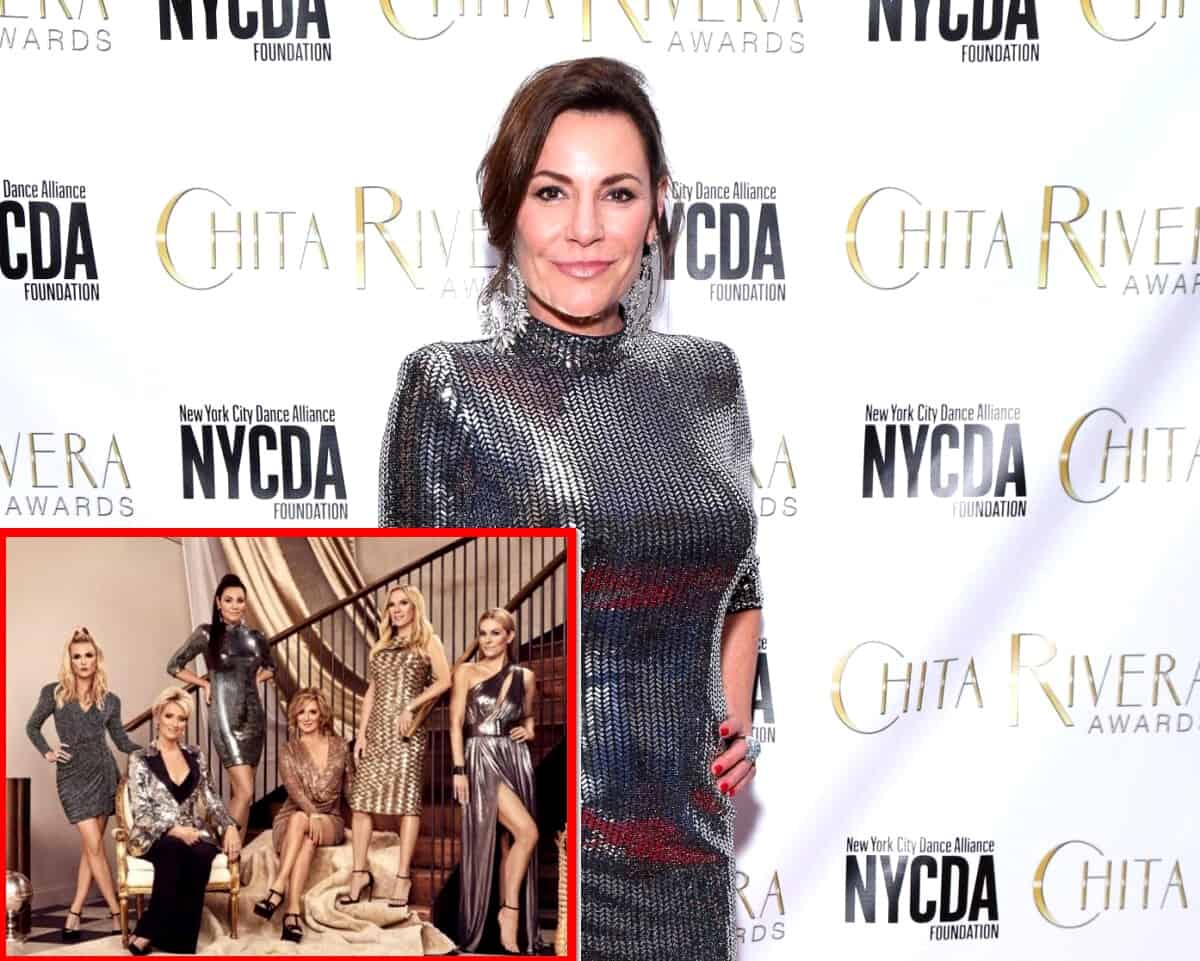 Luann de Lesseps is cutting back on the drinking — especially while sheltering in place amid the coronavirus pandemic.

The Real Housewives of New York City star has struggled in the past with sobriety, but after completing a year of probation in 2019 since her 2017 Palm Beach arrest, she definitely has a more balanced relationship with alcohol. In a new interview, she touches on how that relationship has evolved and also how some of the RHONY women should really lay off about it.

“When you see the season and you see how much [the ladies] are drinking and who’s getting wasted … and the world thinks I’m an alcoholic?” she joked on the Reality of Reality podcast. “There’s a lot of drinking going on. Like I say in the show, I hit the ‘reset’ button in my life, I’m in the driver’s seat… I feel in control — especially around the other women. I feel like, damn, and I’m the one with the drinking problem? It’s kind of a joke.”

Luann admits she has her “issues” with alcohol, but she has managed to be pretty balanced these days with her consumption. She explained how she’s “glad” she’s not drinking amid quarantine during the pandemic, considering how the emotional weight of the situation has driven many to self-medicate with alcohol.

“I think it’s so hard to deal with your emotions and pain with what we’re going through if you’re drinking,” she noted. “Some people can drink mildly. If I was drinking right now, I’d be drinking all day — rosé. I know myself. Rosé all day. [But] then you don’t get anything done and you’re tired and you can’t think properly and it just doesn’t work for me the way it used to. It’s interesting. I’ve been a long-time drinker and I’ve always enjoyed drinking and I still do on occasion. But, for the most part, I like not to drink now.”

The 55-year-old also threw some shade at “friend” Elyse Slaine for judging her drinking when … she doesn’t even know her.

“Who is she to judge me, first of all? I barely know this woman. I’ve seen her around. She’s nice enough [but] I just don’t know her that well,” Luann explained. “For her to chime in on my sobriety is really inappropriate, I think, because she doesn’t know a damn thing about me — only what she might have read in the newspaper.”

Luann went on to explain how Elyse came into the group since Dorinda [Medley] and Sonja Morgan know her, but that she’s not in her circle.

“She seems to be on every trip, it’s very strange,” noted podcast host Aliza Rosen.

The cabaret star concluded by sharing that her latest cabaret show, “Marry, F–k, Kill,” has been postponed due to COVID-19, but her team is “booking dates in 2021.”

“I do have some dates in October, I hope to keep those dates. [We’re] in Boston, Connecticut [in] November, so I’m hoping that we’re able to keep those dates, it’s just too soon to tell,” she added. “I miss performing, I miss being on the road with my team and with the tour so it hasn’t been easy. I’m excited about the new show and getting back to the states.”