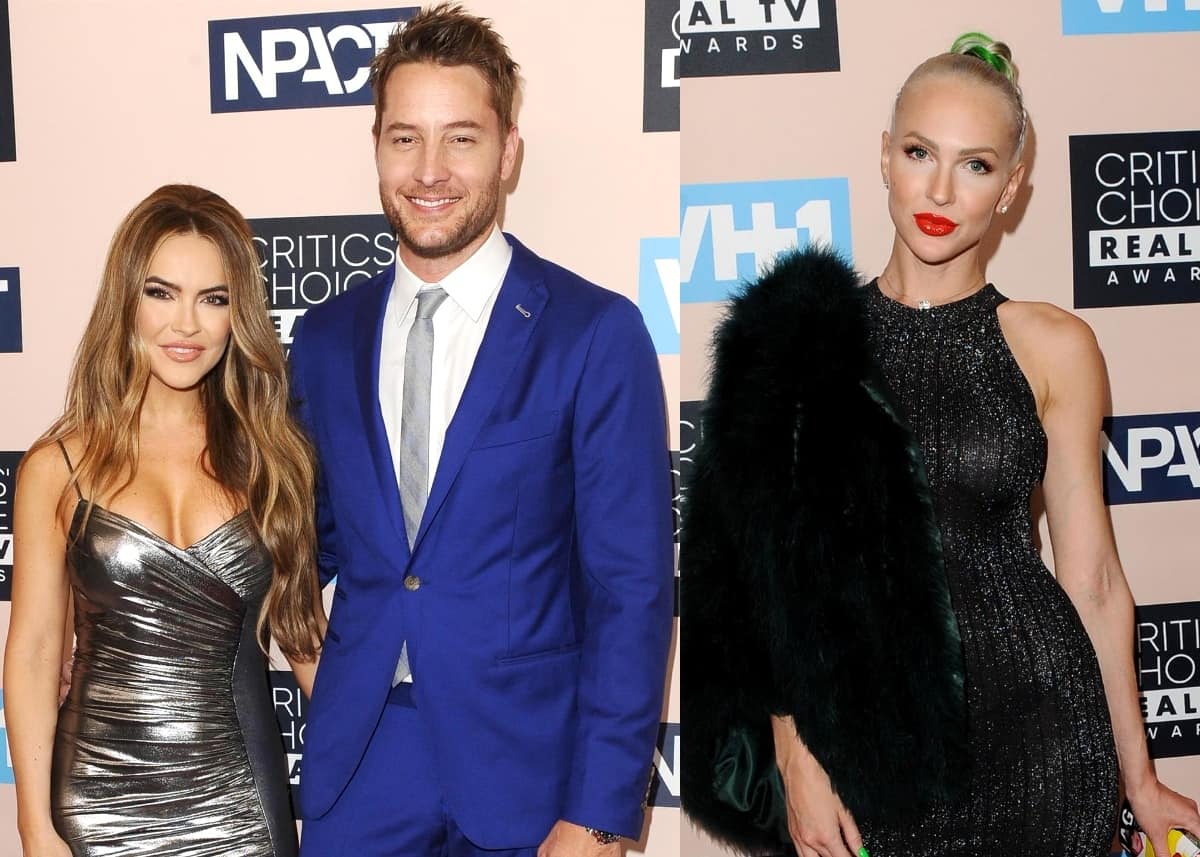 Chrishell Strause is fighting back against the claims Christine Quinn recently made about her split from Justin Hartley.

“I just learned Christine is giving press ‘information’ about my divorce,” Chrishell began in a July 13 tweet. “Let me be VERY clear. She knows absolutely nothing about the situation and is obviously desperate to gain attention by doing so. Anything from her is either a complete lie or total conjecture on her part.” 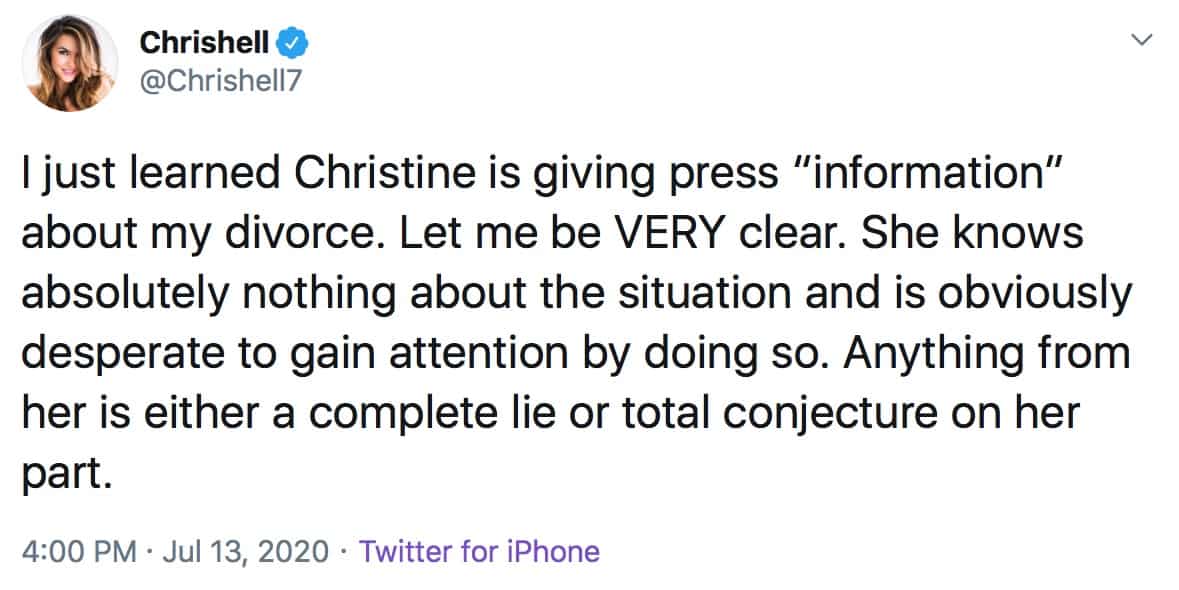 “It’s so frustrating and unfortunate that someone would use someone’s personal painful situation to get press for themselves,” she continued. “I can’t say I am surprised, but please check the source. She has absolutely zero knowledge of the marriage we had.”

In an interview with Page Six hours prior, Christine said that while she didn’t know exactly what led Chrishell and Justin to call it quits on their marriage, the ex-couple appeared to be having “communication problems” and allegedly sought help through therapy.

“We all just thought maybe they were having communication problems for a while,” Christine stated. “We heard that they were in therapy, so obviously there were some issues going on with them.”

While Chrishell was seen getting emotional about her breakup in the teaser for Selling Sunset season three, fans won’t be seeing much in regard to their split when the show returns.

Christine went on to say that while she is “trying to move on” from the issues she has with Chrishell, Chrishell has built a “brick wall” in “every aspect of her life” and appears to be completely unwilling to move past their feud.

“You’ll see that on the show,” she shared. “You don’t know much about her and you never really will, so I just wish that her and I could be in a better place.”