Below Deck Mediterranean Recap: Tom Flips out on Aesha, Plus Rob and Jess Make Up… For Now 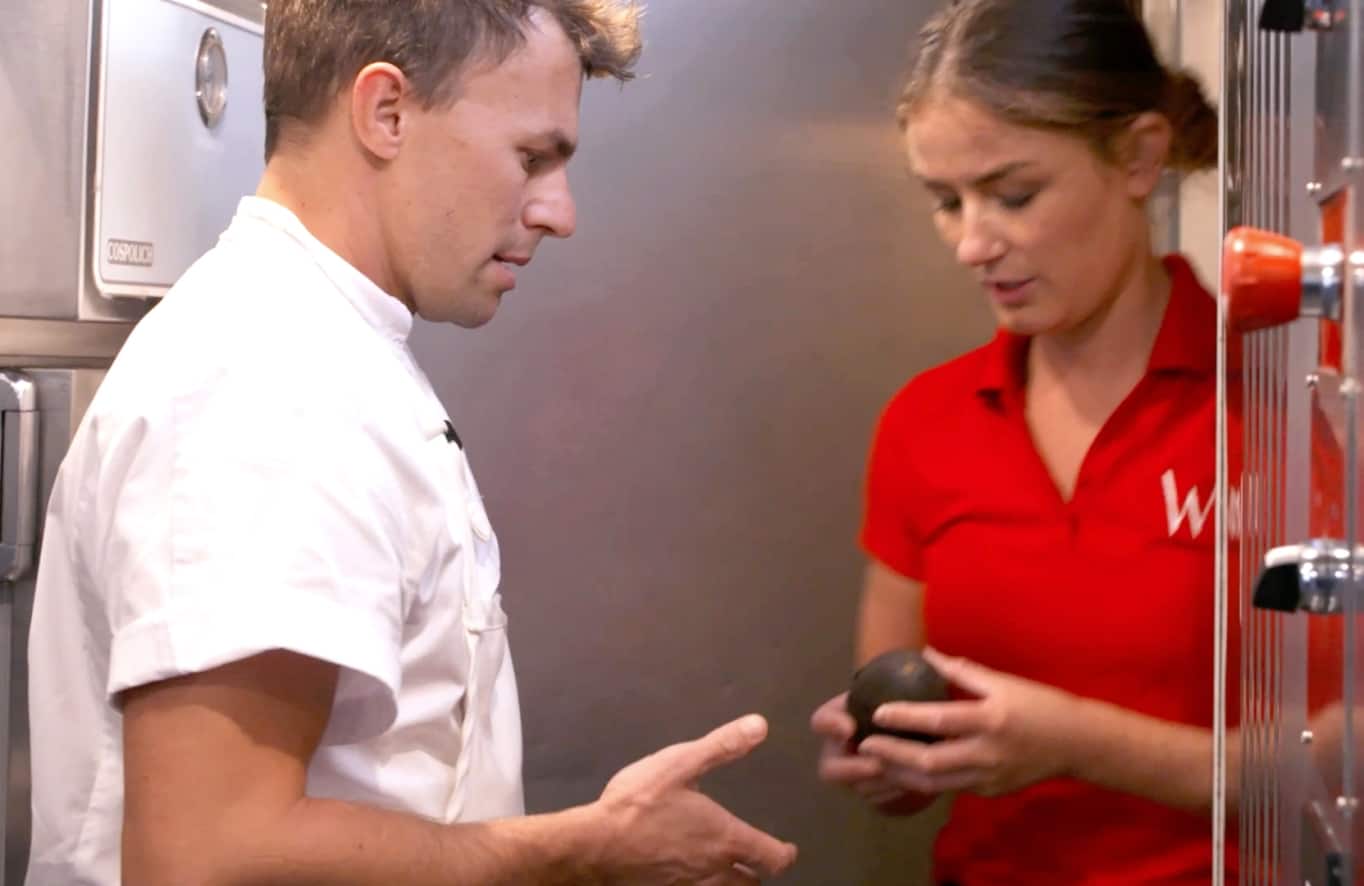 If you can’t stand the heat, then maybe the chef should get out of the kitchen… Your girlfriend can’t be there to catch you every time you fall. That and more on this episode of Below Deck Mediterranean.

Ibiza, Spain. The nightlife is popping and so is the tension between Jessica and Rob. Jess claims she isn’t a “jealous” person, but let’s be real…she is the *most* jealous person. In the midst of those two clowns bickering in da club, Aesha admits she is homesick. Everyone is very clearly shwasted and they literally have to link arms to stand upright. Jess won’t even help Aesha to the boat because #shesnotjealous and Rob is infuriated by her increasingly annoying behavior.

It’s NEVER a good idea to have a serious relationship conversation when you’re absolutely annihilated. Back in their cabin, Jess kicks Rob out of their bunk. Rob aimlessly wanders around the boat and Bugsy looks legit p*ssed that Rob and Jess are c*ckblocking her flirtation with Alex. Something tells me the hook-up between Alex and Bugsy will never, ever happen again. Poor guy.

The next day, Jess claims that Rob “talked” her into falling in love with him. Boy, is he tricky! The crew is HUNGOVER, especially Aesha…talk about a great first impression. As they prepare for departure, Captain Sandy lets the crew know they have about two hours of downtime to unwind and mentally prepare for the upcoming charter.

Charter number eight is on deck. Pun intended. Captain Sandy calls Malia, Tom, and Bugsy in for a meeting and we learn that these guests seem like a GREAT time. Eyeroll. “Coffee, like my women, hot.” Yup. That was really on the guests’ preference sheet. That and an ultimate frisbee game with the crew. Annoying. Almost as annoying as Malia pretending she has the world’s most perfect romance.

LOL to Bugsy acting as Rob and Jess’s therapist. She essentially shoves the two of them into a room together and demands they work out their issues. Basically, Rob and Jess are having what looks like a staring contest until Jess begins to unravel. Rob’s “detached” and his “energy is off,” according to Jess. Rob denies all of the above and the couple is now a couple again exchanging “I love you’s” like nothing ever happened.

“We play hard, we work hard.” Apparently, that’s Captain Sandy’s motto. Maybe she should repeat that to Tom, I-make-my-girlfriend-do-all-of-my-work. Or to Jess, I-lay-on-the-floor-and-don’t-work-when-I’m- hungover. Of course, Malia takes that motto to heart. She uses the downtime to retrain Rob and claims she “doesn’t have time to babysit” him. Yeah, of course she doesn’t have time when she is busy being Tom’s SOUS CHEF!

As the boat makes its way into the port, Captain Sandy jumps into full-on panic mode. The engines are all down and it’s inevitable that a serious accident is going to happen if the engineer cannot reset the breaker. Luckily, the bow thrusters get back on just in time AND Rob nails the line throwing. So all in all, it’s a GREAT day.

Man, Aesha is really homesick! I just thought it was drunk tears, but it seems as though she is ready to be a functioning non-yachting human. I hope she is able to stick it out for the rest of the charters, cuz let’s be real, we don’t need yet ANOTHER switcharoo of the crew.

Welp, looks like Tom is going to have to scramble. Mussels are missing and Tom is baffled that this mishap could occur. He is throwing a tantrum over this miscommunication, yet somehow the mussels miraculously make their way on board. Yet another thing that goes RIGHT for Tom…sigh, I miss Kiko. What chef says, “What good is an apology?” Yuck.

Oh, brother, these charter guests look like doozies. Also, what the heck kind of demand is it if the guests request a friendly game of ultimate frisbee with the crew?! The chosen few get selected to get off the boat and play, and all the while, I cannot get over how Malia pretends to be managing her team. In reality, she is too busy down in the galley to realize what is even happening. Someone should just shut Bugs up – what was she thinking making a crazy bet like that with these horny guests? I mean, did she seriously forget that they asked why there wasn’t a mirror above the bed?! SPEEDOS to be worn by the LOSERS?! I cannot.

As half of the crew gets their butt whooped in ultimate frisbee on the beach, Bugsy decorates the boat in a Spanish theme. Tom whips up some tapas for their lunch and then the crew finds out the bad news: they lost the bet. Looks like they’ll be donning speedos this evening.

The lunch is ready to be brought out and Tom is moving around the kitchen like a chicken without a head…probably because he doesn’t have his sous chef, Malia, helping him. When Aesha spills his tower o’bread, he slowly starts to unravel on her. Tom is losing patience and is taking it out on the wrong person…Aesha is the sweetest thing!

Malia and Bugs go down for their break at the same time…and so does Tom. The “brains” of the boat are resting while Jess and Aesha are busy learning jiu-jitsu. When a guest needs some cucumbers, Sandy jumps to action.  She is beyond annoyed that she cannot find the stews and Tom is beyond annoyed that the chef must be woken from his 15-minute break to chop cucumbers. TBH, we all know that Tom and Malia were interrupted…and he is super p*ssed off.

When Tom storms into the galley, he sees Aesha meandering in from her jiu-jitsu session with the guests. To be fair, it wasn’t Aesha’s fault, as she was entertaining the guests, which is the main priority. Apparently, Tom has forgotten that and flips out on Aesha. “You don’t have the ability to slice up a cucumber? There’s no point in apologizing.” Good for Aesha for telling Tom he should not be mad at her! As Aesha attempts to apologize for the situation, yet again, Tom cuts her off by snapping, “Really I am not interested.” Ew.

Aesha brings the guest her beloved cukes, but then the guest requests some avocados. In a normal circumstance, this would not be a problem, but Aesha looks terrified to tell Tom that he actually has to DO HIS JOB. Aesha quietly walks back into the galley and grabs an avocado, since she is clearly able to slice an avocado.

Of course, Tom can’t handle that. He rips the avocado out of Aesha’s hands and yells, “Oh f*ck off. Just give me the f*cking avocado. Calm down with the waterworks.” What a jerk! Aesha leaves the galley and calls for Bugs to talk to her in their cabin. OOOOH, looks like Tom is gonna get tattled on. So in conclusion, Malia and Tom clearly deserve each other. They are both bullies… First, Malia with Hannah and now Tom with Aesha. Meant. To. Be.