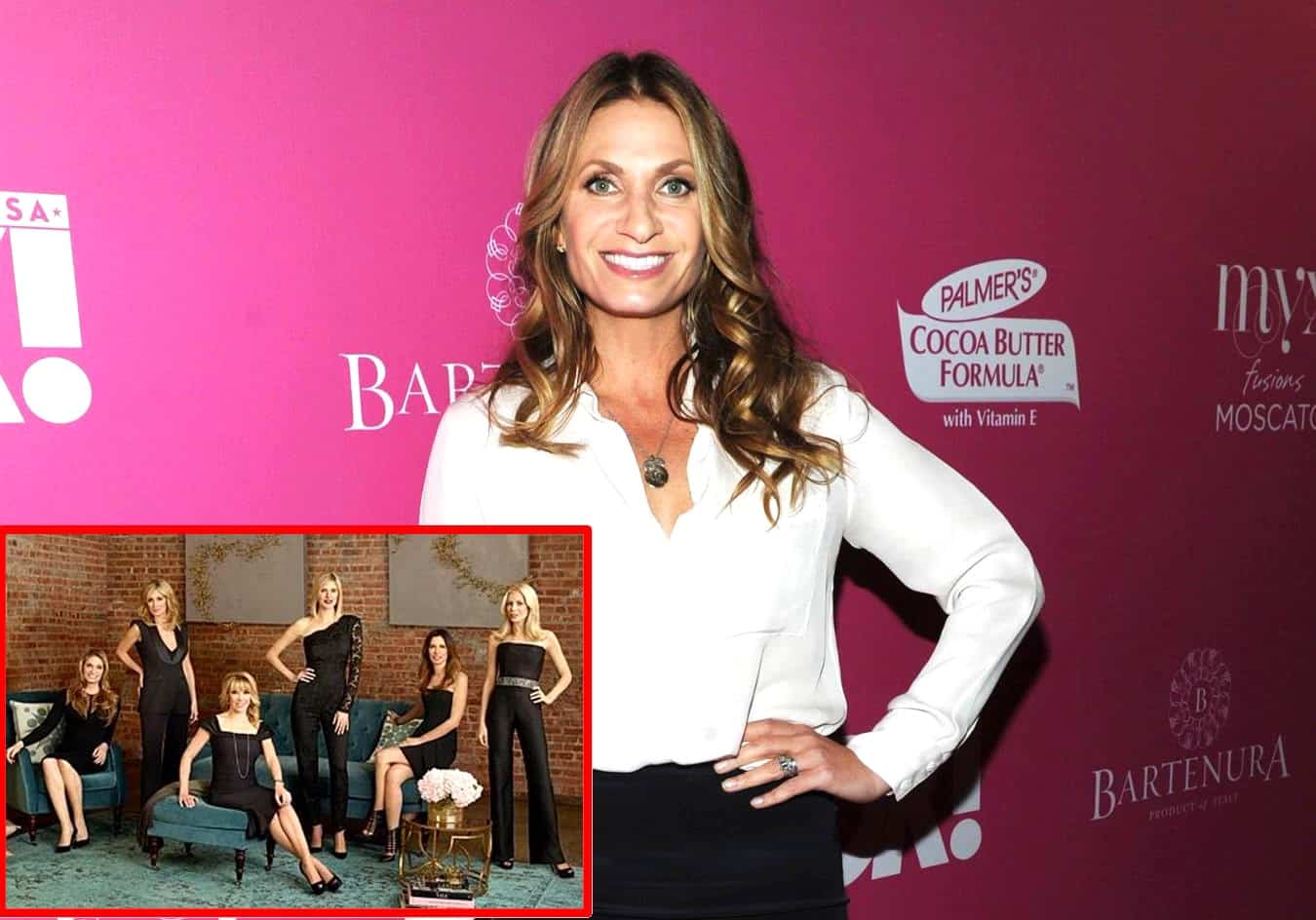 During season 12 of The Real Housewives of New York City, Luann de Lesseps notably proclaimed before ex-boyfriend Jacques Azoulay‘s comedy show that she did not sleep with the pirate, aka the mystery man from the cast’s season five trip to St. Barts. Former RHONY housewife Heather Thomson has a different story, and she also makes a shocking allegation about drug use on the trip as she’s naming names.

Speaking with other ex-RHONY star Carole Radziwill in a recent interview, Heather spilled the dirty details on their St. Bart’s trip and what really went down when cameras were outside her bedroom door…including naming the cast member who she alleges brought out drugs.

“I was sleeping hard [in my room] and all of a sudden I heard a knock at the door and I heard Luann’s deep voice and I got nervous,” Heather recalled on her In My Head With Heather Thomson podcast, explaining how the pirate then came in behind Luann to her room. “What’s crazy was, she had brought me a joint and she said, ‘We brought you this!’ and I’m like dead asleep, I’m like, ‘Hey thanks! Appreciate it.’ And then…other things happened. Stronger drugs came out and I was like, ‘Woah!’ I remember saying to Luann like, I’m not into this. I’m asleep and there’s cameras right outside and I’m just like, you guys gotta get out of here!”

Heather went on to explain that Luann tried to hide the truth of the situation with the pirate, but “everybody knew” what went on — even when Luann made up another story about her “Italian” friends.

“I remember Luann coming down to my room before production started filming and she probably hadn’t even been to sleep. And she was like, ‘Okay, darling, what we’re gonna do is we’re gonna say a bunch of Italians came over.’ I was like, no we’re not! I go, ‘Girl, I don’t care what you did, I’m not gonna say anything about the pirate or whatever, but I’m not gonna lie for you, so just forget about it,'” Heather explained. “Then the first thing that happens when the cameras are rolling, she’s like, ‘So tell everybody about the Italians last night!’ and I was like, flabbergasted, I was like, ‘Uh … yeah, I don’t really [know] much about any Italians.'”

Heather went on to reveal that the entire trip “became a fight between Luann and Sonja [Morgan] about the pirate,” and that she eventually walked in on Sonja with him as well.

RELATED:  RHOC Alum Vicki Gunvalson and Fiancé Steve Lodge Unfollow Each Other as Fans Suspect a Breakup After Couple Shares No New Photos With Each Other in a Month

“We were running from the cameras when they were about to close down or something, we were running away [and] I open the door and there was Sonja and the pirate in the room in a very precarious situation and she jumped off the bed like super girl and FLEW across the room with her heels kicked out behind her and her hands straight ahead and she closed that door!” Heather exclaimed. “I had everybody up behind me and I knew what I had just seen. The pirate was in there, Sonja was in there, and they had some party favors in there, and, you know, I saw more than I wanted to.”

The former reality star noted that she had “a lot of fun” and “a lot of laughs” while filming for the show, but she said that the women made her feel like she was “back in college,” participating in “raunchy s–t.”

Before things got raunchy in St. Bart’s (aka before Heather was “all uncool“), Heather believed she made a “real friendship” with Luann, as she spoke with her at one of Sonja’s parties about her father’s recent passing. She eventually found out, though, that that wasn’t exactly the case.

“We were having a normal conversation and for some reason I told her my dad was from Scotland and I said, ‘He just passed.’ And she said, ‘Oh my God, I’m so sorry, I just lost my dad,’ and we had this really nice conversation about it and in a way it bonded us,” she stated. “But when I watched the show, all of that got edited out and when I said, ‘Yeah, I just lost my dad,’ they cut right to a talking head of Luann [and] she goes, ‘Uh… not exactly conversation for a cocktail party, honey!’ And that was the edit I saw and I remember my stomach flipped and my heart turned and I thought, wow man … that’s cold! So, we did have a genuine friendship, but I learned nothing with Luann is genuine.”