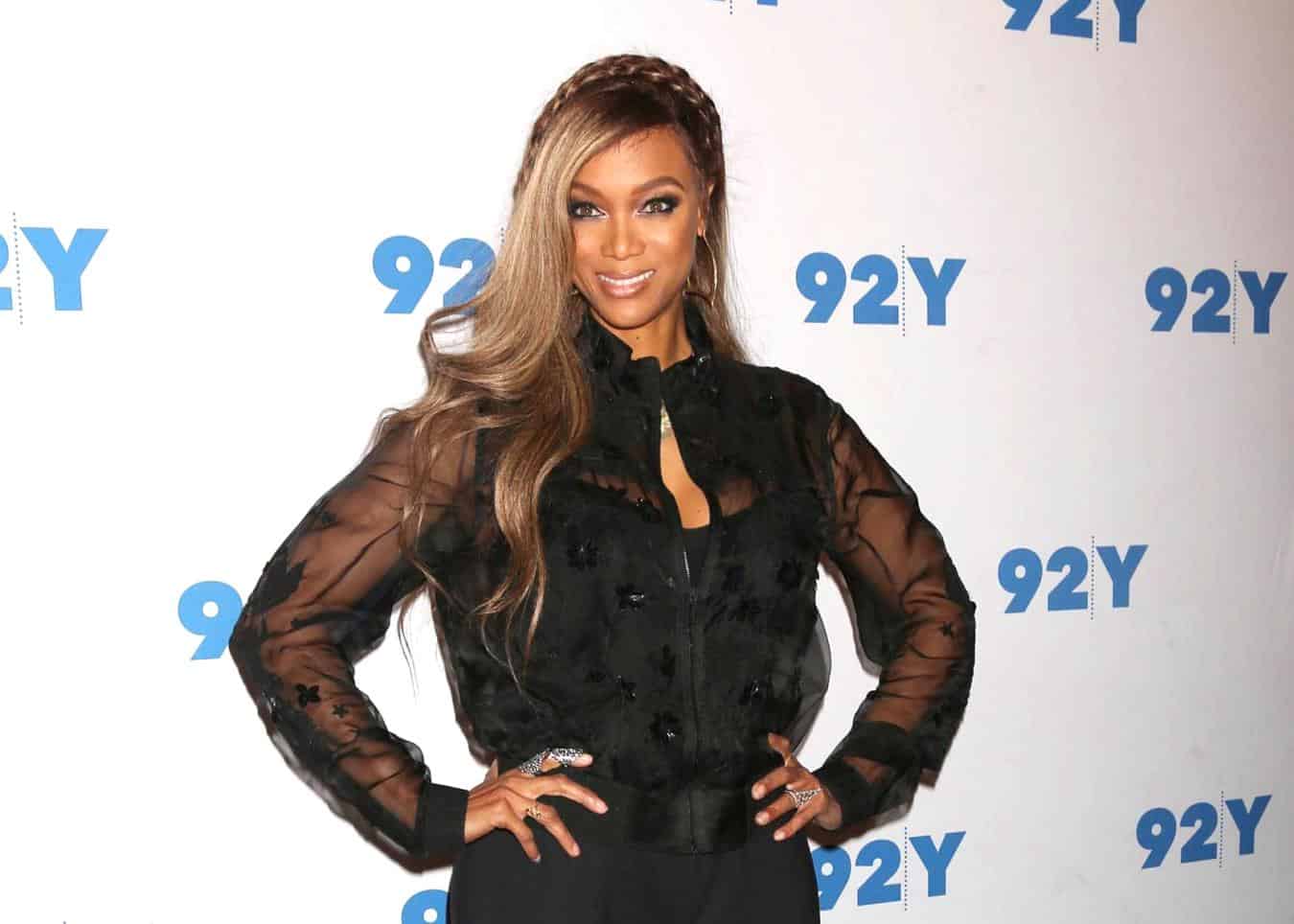 Tyra Banks is squashing recent rumors about her supposedly not welcoming housewives on the dance floor.

The Dancing With the Stars host came under fire recently for allegedly banning all Real Housewives from participating in the competition. The rumor fluffed a few Bravolebrity feathers as Real Housewives of New York City alum Bethenny Frankel shot back with her two cents.

“Good to know [Tyra Banks] has clumped me in her no more Housewives mandate on [Dancing With the Stars]. Also good to know their casting director Deena, who I [love] has asked me to be on that show multiple [times] in the last decade,” Bethenny wrote in a since-deleted tweet.

Now, Tyra’s camp is pushing back on the rumors, claiming that they’re completely unfounded and that the former America’s Next Top Model host has open arms for any housewife wanting to enter the ballroom.

“This is 100 percent untrue,” Tyra’s longtime publicist, Elana Rose of the Rose Group, told Page Six on Thursday.  “She’s a huge fan of the Housewives and everyone knows Tyra is a businesswoman first. As a businesswoman, why would she say anything against the Housewives? She has nothing to do with casting.”

Elana also added that Tyra even “just tried to get one of her really good friends on the Housewives” and that “she watches the shows” and “loves them.”

Tyra, a former model, is familiar with a few Housewives in the game, like Real Housewives of Atlanta‘s Cynthia Bailey who also used to model, and RHOA alum Eva Marcille, who won the third season of America’s Next Top Model.

Moreover, Tyra’s publicist said the mogul has nothing but glowing things to say about the Bravo network and those involved with it.

“She loves Andy [Cohen],” her publicist said. “She’s been on Watch What Happens Live several times. She’s a huge fan of the Clubhouse.”