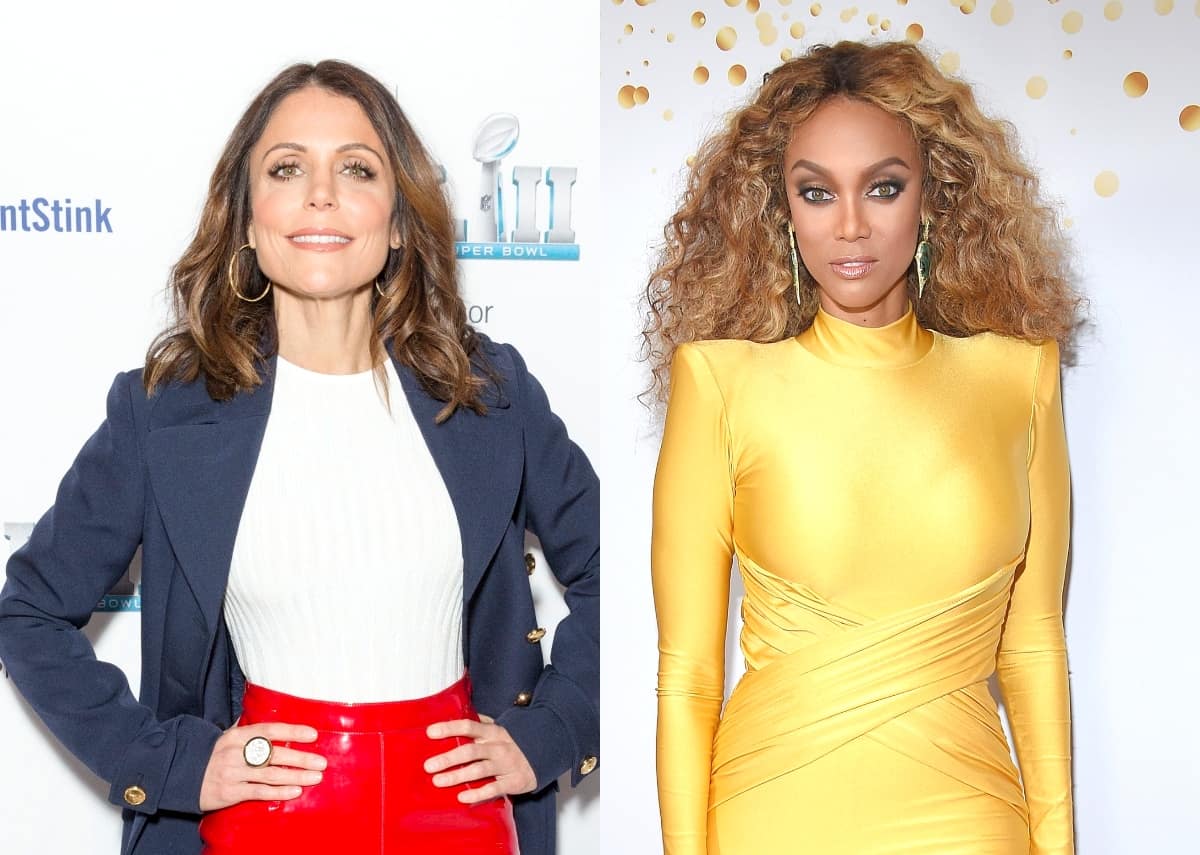 Bethenny Frankel is speaking out about a recent report that stated that Tyra Banks was banning members of the Real Housewives franchise from appearing on Dancing With the Stars.

Following the rumor, which suggested Tyra believed that the ladies of the show, including Bethenny, were no longer headline-worthy, the former Real Housewives of New York City cast member took to her Twitter page, where she clapped back at the 46-year-old model’s supposed claims before quickly deleting her post.

“Good to know [Tyra Banks] has clumped me in her no more Housewives mandate on [Dancing With the Stars]. Also good to know their casting director Deena, who I [love] has asked me to be on that show multiple [times] in the last decade,” Bethenny wrote in her since-deleted tweet, which was captured by the QueensofBravo fan page.

“I’m also no longer a housewife, but nobody is bigger than the game Tyra,” Bethenny had added.

After clapping back at Tyra and the OK! Magazine report that shared her supposed feelings, Bethenny deleted the message and shared another.

“I deleted that last post [because] I really like [and] have a great relationship with Deena Katz from [Dancing With the Stars],” she explained.

Bethenny then tagged Tyra in a post that welcomed her to appear on her new podcast, Just B with Bethenny Frankel.

“If [Tyra Banks] wants to come on my podcast, she is welcome anytime as she has built a successful brand on her own in her own way,” Bethenny stated.

In an article shared earlier this week, an OK! Magazine insider claimed Tyra had made it clear that she does not want to see anymore Real Housewives cast members on the ABC competition series.

“Tyra is the new boss and made it clear that she didn’t want any more Housewives in her ballroom. She thinks the show needs to aim higher and only book the ladies after everyone else has passed. Several ladies from the Bravo franchise have already made it clear that they would love to put on their dancing shoes, but Tyra doesn’t want any of them right now,” the insider said on October 19.

“Tyra has never been a fan of the Housewives, but the real reason she doesn’t want them on her show is that Bethenny Frankel, Nene Leakes, and Teresa Giudice do not make headlines anymore,” the insider continued. “Tyra wants reality stars like Carole Baskin from Tiger King — not a decade-old franchise that no one talks about anymore. If Tyra thought for one minute that the Housewives would get her show ratings, she would welcome them to the dance floor in a second.”

Bethenny quit her role on The Real Housewives of New York City in August 2019 after appearing on eight seasons.