90 Day Fiancé Update: Are Brittany and Yazan Still Together? The Latest on Their Relationship Status Revealed After Brittany Shares Cryptic Social Media Posts 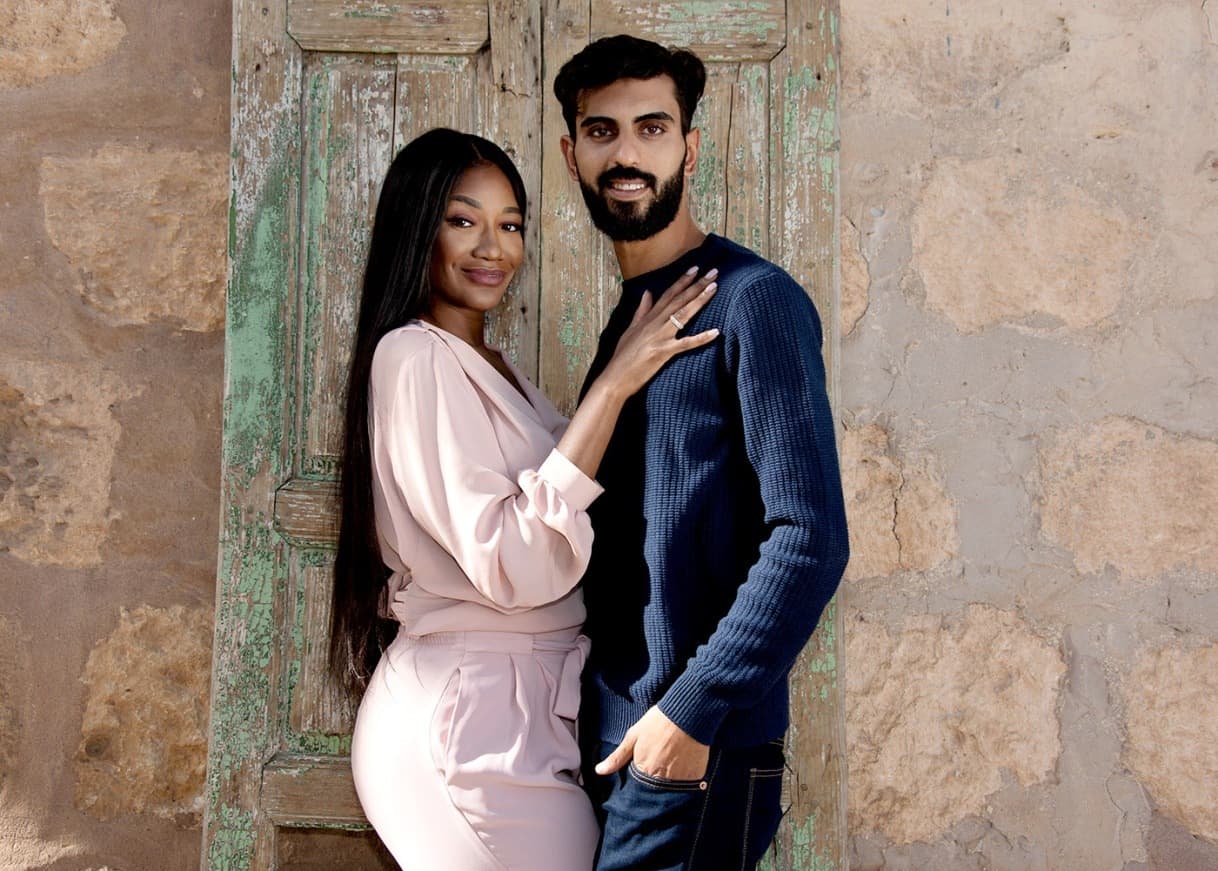 Are 90 Day Fiancé: The Other Way stars Brittany Banks and Yazan Abu Hurira still together?

Yazan, 24, and Brittany, 26, may have gotten off to a good start on the show, but fans are left wondering about the current status of their relationship, considering a few cryptic posts Brittany has been leaving on social media.

“Welcome to the season people are about to regret misunderstanding you,” Brittany’s Instagram story read on October 27 per a re-posted meme. The meme had “cuffing season” in the caption, making fans wonder if the couple was still together.

“Cuffing season refers to a period of time where single people begin looking for short-term partnerships to pass the colder months of the year,” the definition on Merriam-Webster states. “Cuffing season usually begins in October and lasts until just after Valentine’s Day.” 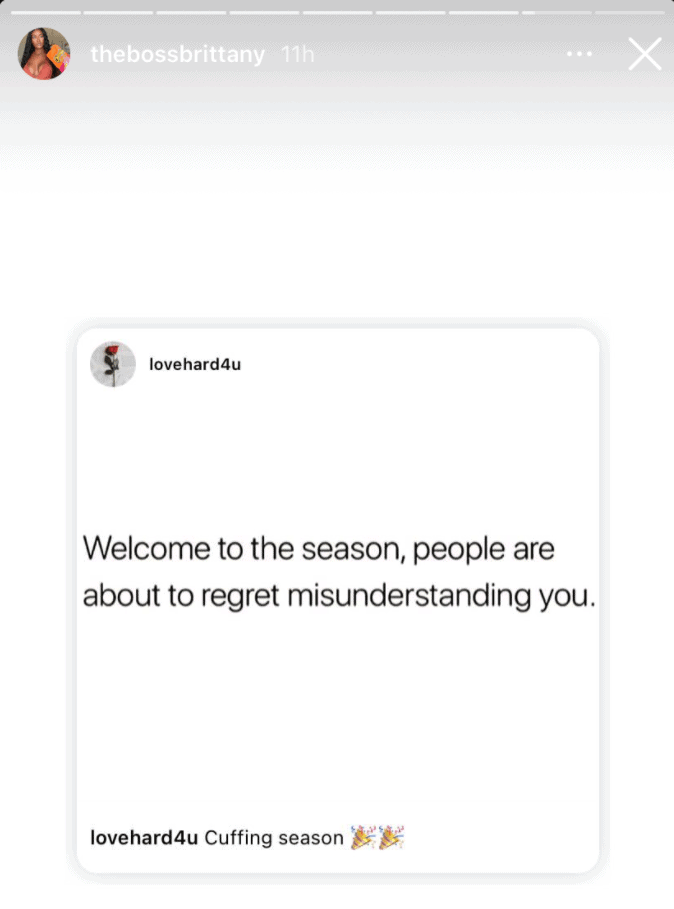 Yazan first gushed about his boo in the season 2 trailer as she arrived in Jordan, saying how “cute” his new love interest was. Brittany admitted that someone like her going to Jordan was “pretty crazy,” and things may have gotten to be too much for the 26-year-old, considering how Yazan is a devout Muslim and Brittany seems to have no desire to convert to Islam.

In recent episodes, tension between the two was already seen on the horizon as Yazan’s parents expressed their disapproval of Brittany sharing revealing photos on social media and Brittany expressed her desire to be free to post what she wanted. Yazan also gave his new love only three days to convert to Islam upon her arrival.

“I really did move here with the intention of learning things, genuinely. I love him and I do want to try to learn his religion and culture,” Brittany admitted in her confessional. “But I still feel a little nervous because Yazan and I still need to deal with the situation with his parents and I don’t know if they’re ever going to be on board with our relationship.”

Moreover, Brittany dropped a major bombshell by revealing that she was still married and in the process of trying to finalize her divorce, further confusing Yazan and his family by keeping that detail secret, seeing as she couldn’t get legally married as soon as they all hoped.

In a now-deleted comment (via Reddit), Brittany further explained the details of her past relationship and its effect on her partnership with Yazan, claiming that he actually knew all along.

“I’m divorced and ima be real because I’m tired of ya’ll,” Brittany wrote. “Yazan knew I was still married. He just knew his parents would be mad if I was honest about it on the show because he didn’t wanna wait to be with me. Have a nice day.” 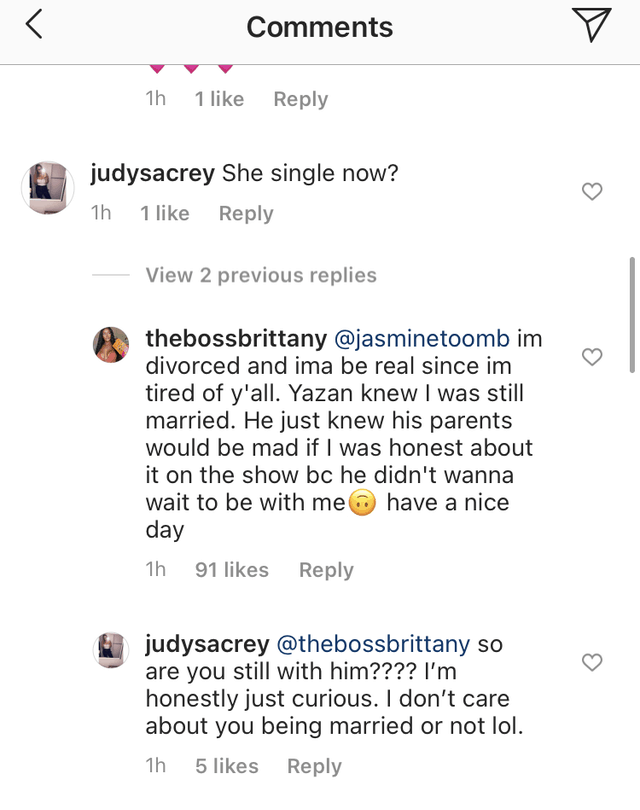 Brittany also shared another post earlier this week, In Touch reported, venting about her frustration over Yazan’s conflicting behavior with her vs. his parents, saying she was “tired of being attacked” by fans.

“Do y’all miss the parts on TV where he tells me one thing and tells his parents another, then gives me a random ultimatum pressuring me because of the lies he told his parents?” she apparently wrote via Instagram. “I’m tired of being attacked when he knew exactly who I was when he pursued me and still does. Jordan culture does not prohibit this. His particular family does not like it, but I don’t live to please them.”

Brittany, whose Instagram currently only contains four posts starting this summer, also posted this shot back in July, with the comments disabled for fans to give their speculation.

“I’m not the one who got away, Im the one who got her way” – Me ???? @priveporter #hermes #birkin #90dayfiance #theotherway #BrandNewBirkin,” Brittany captioned her post. 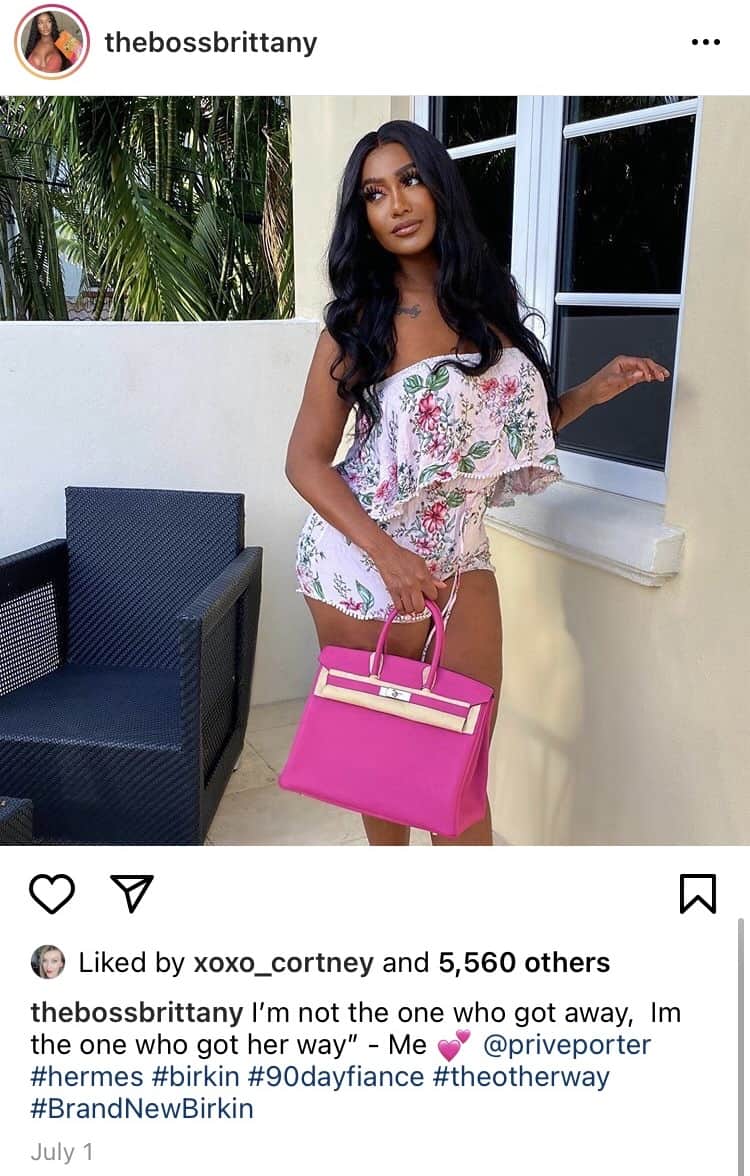 In a recent Instagram post shared to his feed, Yazan also posted a shot of him smiling and relaxing inside, writing in Arabic and translating the meaning in the caption.

“Indeed, with hardship (will be) ease #90dayfiancé #tlc #yazan,” he wrote, causing some fans to wonder in the comments if the “hardship” he was talking about was a possible breakup with Brittany. 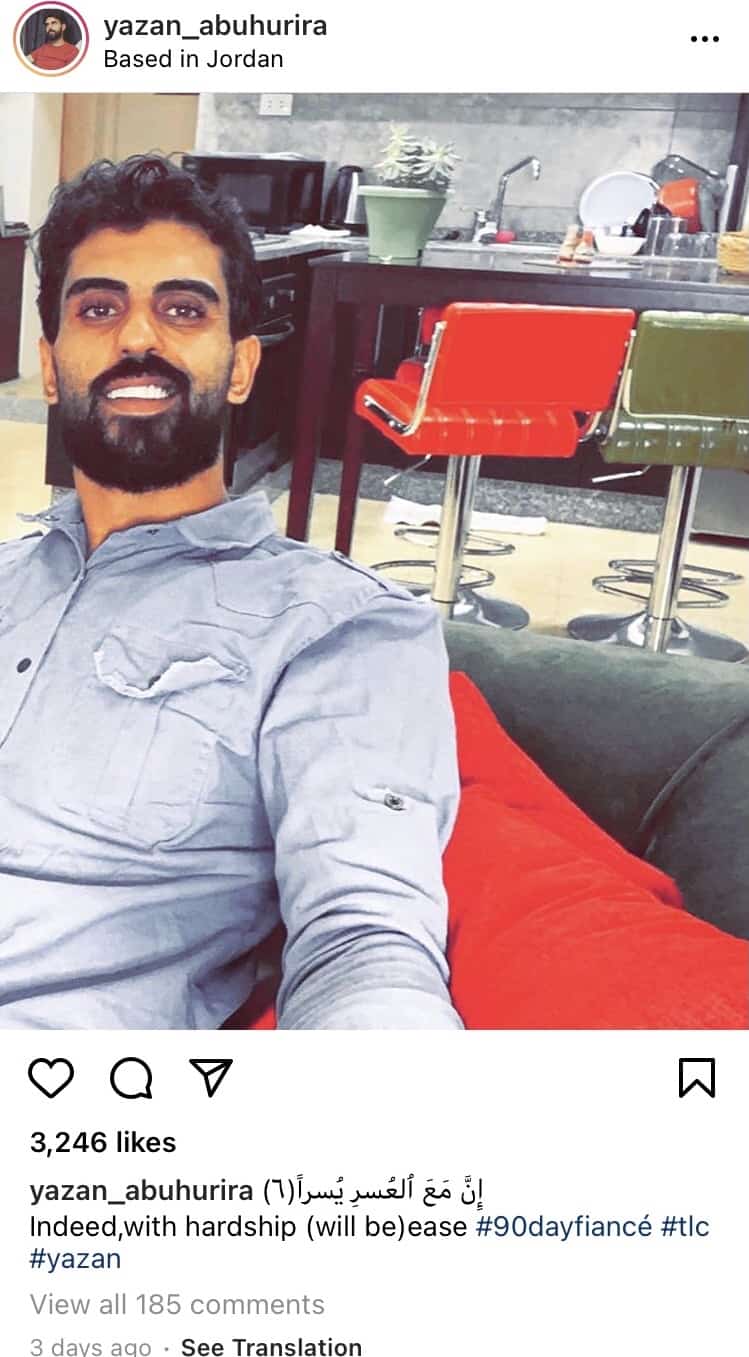 Catch new episodes of 90 Day Fiancé: The Other Way every Sunday at 8 p.m. ET on TLC to find out what happens with Brittany and Yazan plus all the other couples.