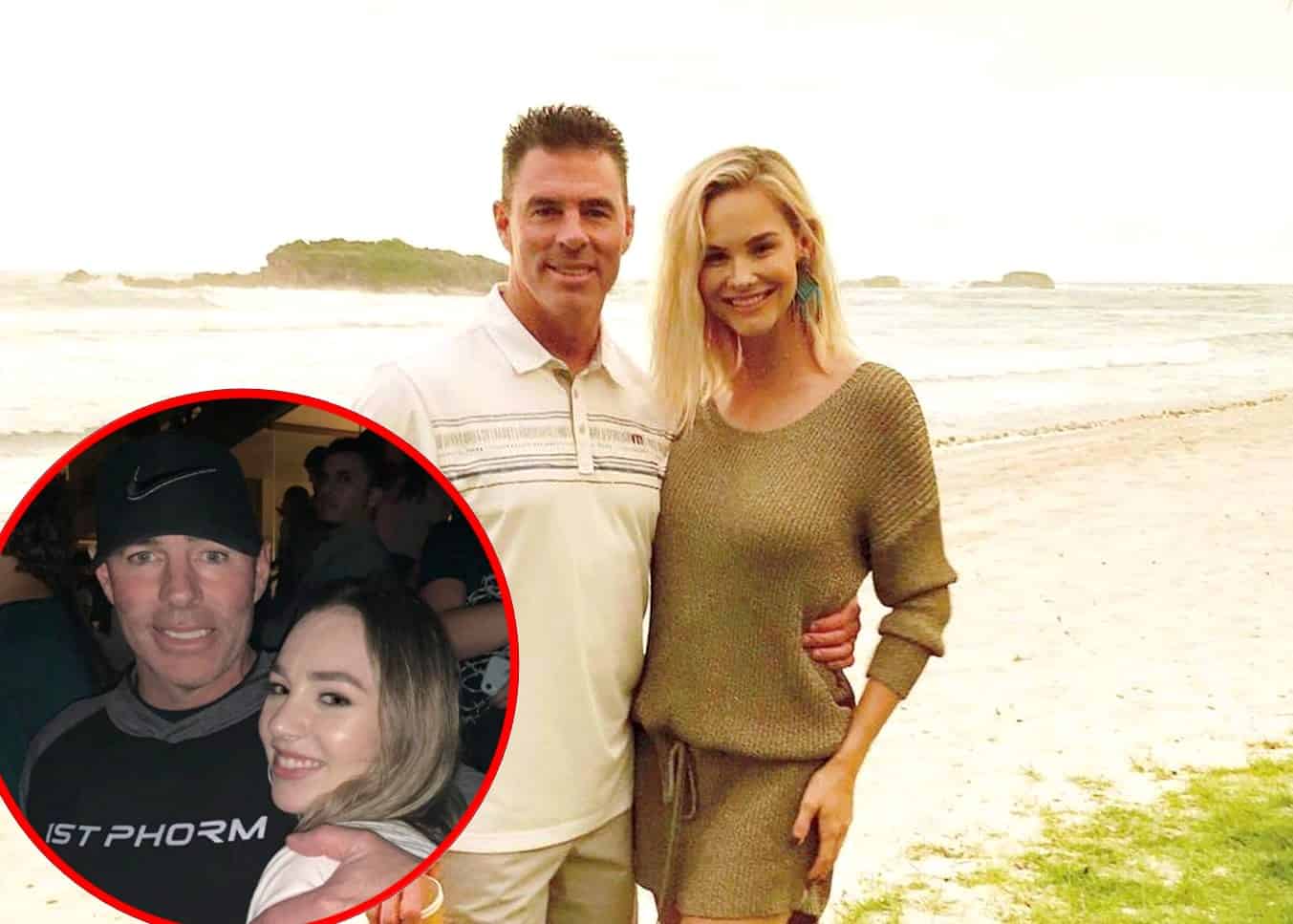 Jim Edmonds‘ daughter Hayley Edmonds is taking Meghan King Edmonds to task for potentially exposing the family to the coronavirus after Meghan received a positive diagnosis.

Hours after Meghan revealed she had been infected with the deadly virus, Hayley came for the former Real Housewives of Orange County star in her Instagram Stories, claiming she had put family members at risk.

“I have a question for you… I’m glad you can quarantine easily by yourself after exposing, me, my dad, Kortnie [O’Connor], our nanny, Landon, Sutton, and their mom, brother, and step father. (Oh and your own kids),” Hayley began in an Instagram Story after Meghan shared her own story prompting questions from fans (via The Blast). “But if you knew you were exposed on Tuesday what is your reasoning for insisting on taking Hayes to his soccer game and coming to our house on Saturday??”

She went on, “But don’t worry as long as you have clothing donations… because the kids are definitely in desperate need of that as opposed to families who cannot even afford to put clothes on their [kids’] backs.” 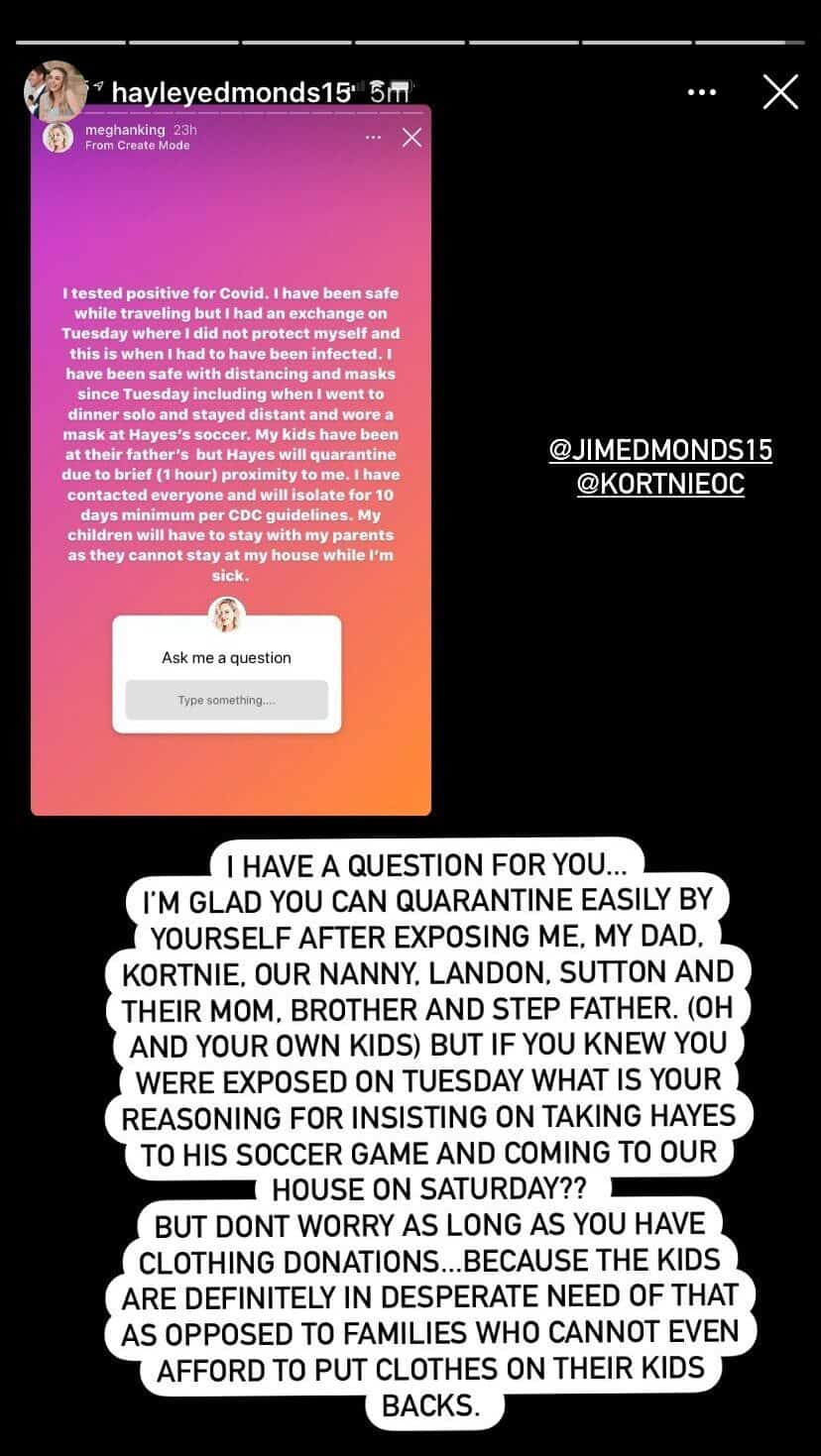 The accusations from Hayley come after her father Jim made accusations of his own. He claimed that his estranged wife attended a mask-free party in St. Louis and a girls’ trip to Miami, putting his family and children at risk.

Meghan confirmed her diagnosis publicly on Sunday, but Jim claimed she was lying about the timeline of her illness to make it look like she wasn’t partying.

As RHOC fans might remember, Jim was diagnosed with the virus earlier this year and chronicled his battle with the illness on his Instagram page.