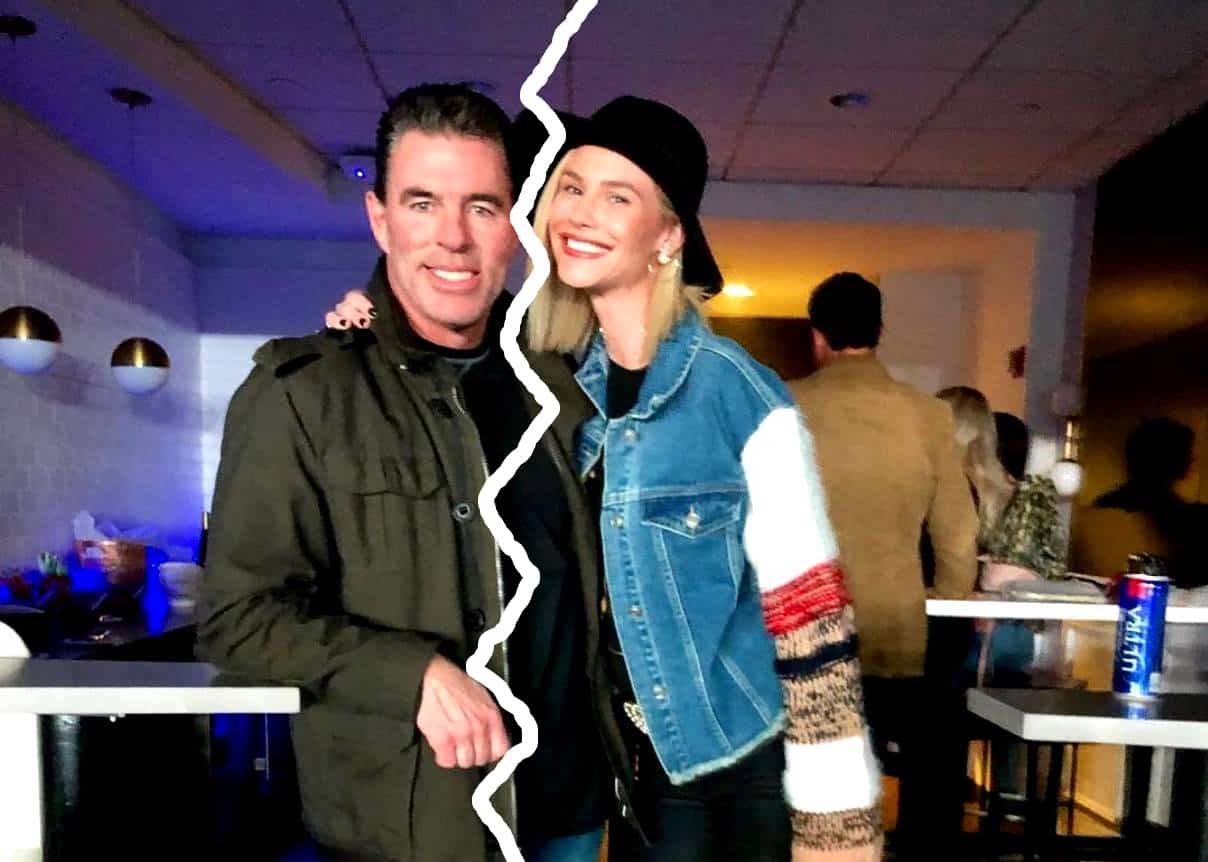 According to a new report, Jim, 49, filed for divorce from Meghan, 35, on Friday, October 25 following an alleged volatile fight between the couple during which cops were called.

Us Weekly broke the stunning news just moments ago stating that multiple sources are revealing the former baseball player’s divorce filing came today, a day after he and Meghan celebrated their fifth wedding anniversary together. Even more, details of the couple’s ugly spat, which reportedly involved the police, were shared.

“Meghan and Jim have been fighting,” a source tells the outlet. “He went to a hockey game and she accused him of being there with someone that he shouldn’t have been.”

If you recall, it was only a few months ago, in June, that Jim admitted to having an inappropriate relationship with another woman in March 2018, after his sexually charged text messages sent to this other woman were leaked online. Meghan chose to stick by her husband’s side amid the scandal, and just this week, she admitted that they were doing their best to mend their relationship.

“We’re just still working it day by day. I think after such a breach of trust, it’s so hard to rebuild from there, especially [with] so many distractions, like our son’s health problems and two other little babies [daughter Aspen and Hart’s twin brother, Hayes], as well. And so to focus on the two of us as a couple, is really hard,” she told The Daily Dish on October 24.

Meghan, who shares 2-year-old daughter Aspen and 16-month-old twin boys, Hayes and Hart, with Jim, revealed that Hart had been diagnosed with irreversible brain damage in July, just weeks after news of Jim’s infidelity first broke.

In her interview this week, Meghan admitted she and Jim spent their five-year wedding anniversary on Thursday shopping for Halloween costumes and visiting their marriage counselor.

“I think that’s almost a date for us because we have to talk about us; we have to communicate about things that don’t involve [other topics],” she explained. “I think going to therapy is huge because I think a lot of men don’t like that. So that’s been really big for me.”

For the time being, Meghan and Jim have yet to address their recent split.