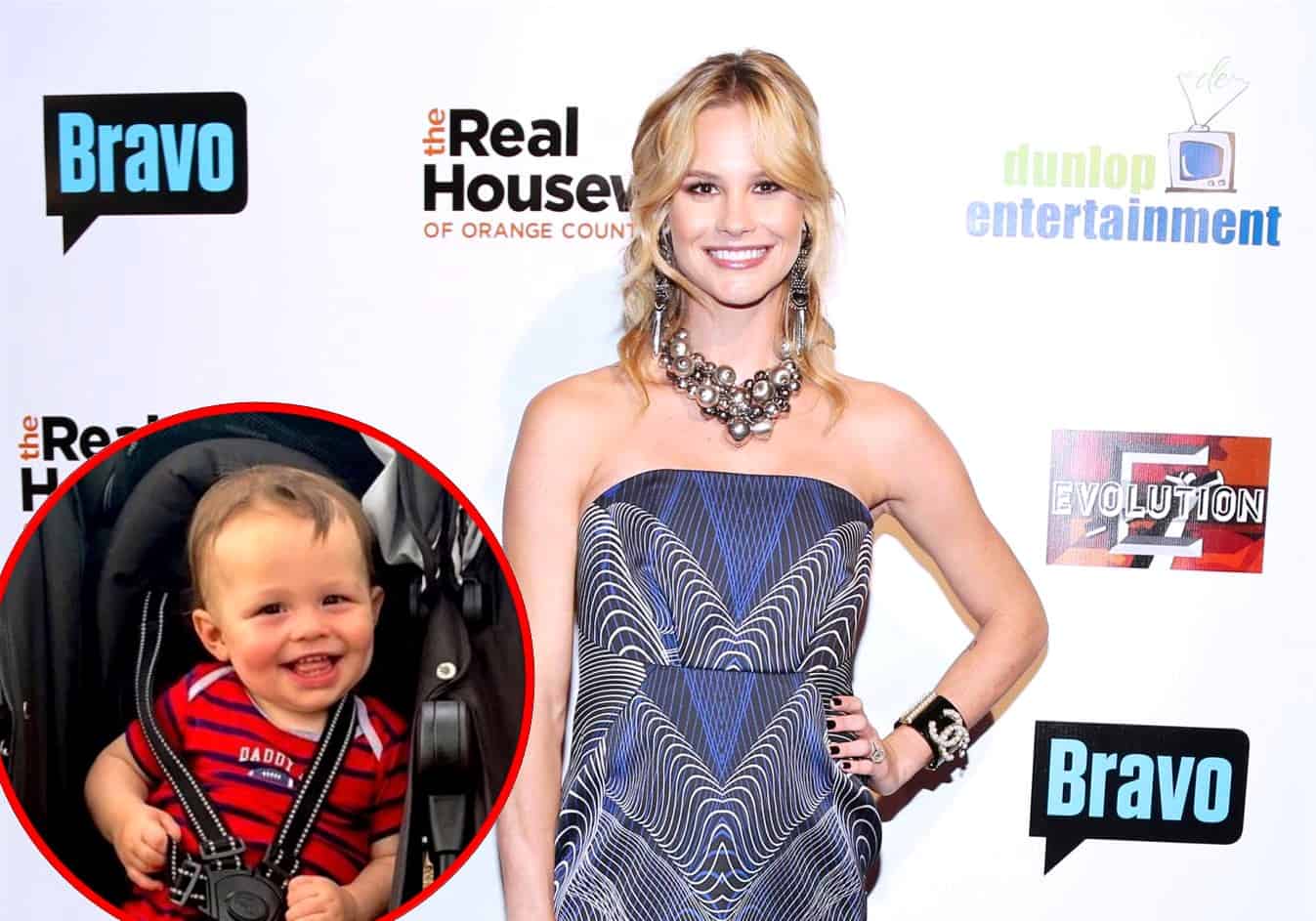 The former Real Housewives of Orange County star shared the devastating news about her one-year-old son on her blog.

“From the minute he was born I knew something was different with Hart. The nurses struggled to straighten his legs to measure his length. He suckled hard, shallow, and often until I bled and he spit up black,” she began in a post titled “My Hart.”

Following his birth, Hart experienced a number of issues, which Meghan attempted to correct. She took her son to several doctors, including a chiropractor, a pediatric ophthalmologist, and his pediatrician, and they assured her that he was fine. Even after begging her pediatrician for a neurologist referral, she was assured that nothing was wrong with Hart.

According to Meghan, she took Hart to an elective MRI eight days after “the bottom fell out” of [her] life.

“Three days later Hart’s neurologist called me. Hart has minor Periventricular Leukomalacia on both sides of his brain, but more so on his right. She said that this explains all of my concerns: the rigidity in his muscles, the (somewhat) delayed physical milestones, the lack of fluidity with arm and leg movements, the stiffness in joints, the weakness in his lower back, the somewhat favored use of his right side,” Meghan explained.

Hart’s condition typically occurs in premies. Because Hart was not born premature, his doctor suspects the brain damage somehow occurred “a couple of months before he was born” and confirmed he is facing a potential Cerebral Palsy diagnosis.

Once Meghan learned of her son’s condition, she immediately called her husband. She also quickly enrolled her son in therapy, which he had previously been denied.

“That night Jimmy and I went out to dinner for the first time in weeks,” she recalled. “I explained to Jimmy how we are not somehow compromised or punished for having a child with special needs (whatever that may or may not mean!), we are BLESSED. I will go on about this another time but just know that I do not see his diagnosis as anything but a gift: we were chosen to take on this special person. I truly feel as if we’ve doubled down and won the underdog hand. Truly.”

This sad news comes just weeks after Meghan’s husband, Jim Edmonds, was exposed for having an inappropriate texting relationship with another woman.

Meghan King Edmonds is expected to make a cameo appearance on the RHOC season 14, which premieres on August 6 at 9 p.m. on Bravo TV.