Home Below Deck Below Deck Recap: Shane is on Thin Ice While Ashling Shines as Third Stew; Will Elizabeth Maintain Her Status on Board?

Below Deck Recap: Shane is on Thin Ice While Ashling Shines as Third Stew; Will Elizabeth Maintain Her Status on Board? 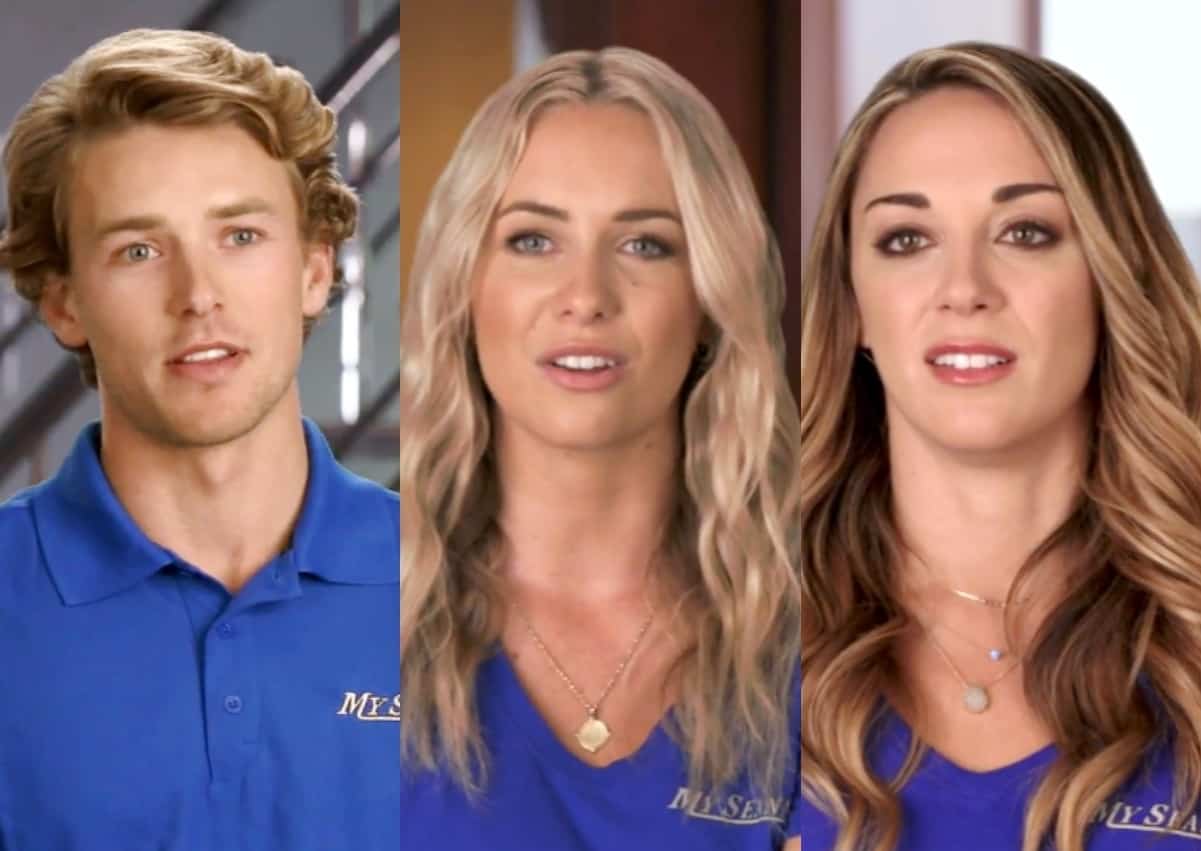 Everyone is killing themselves cleaning the yacht and preparing for the next charter…well, everyone except for Shane. That kid has decided he deserves a quick nap since he can’t work to his full potential when he is tired. I mean, I hear ya, Shane, but when you’re on Below Deck, just know that Captain Lee is always watching…

Speaking of Captain Lee — how cute is he with his wife during their text messaging conversations? He refers to her as “quite a lady,” and this warmth from the boss gets Rachel missing her Italian boyfriend, Vincenzo. Love while being a traveling chef seems awfully difficult…

As sleeping beauty catches up on his zzz’s, Captain Lee calls a preference meeting with the people who count: Francesca, Rachel, and Eddie. Rachel is looking forward to this charter as the preference sheet seems a little more mature and she can have fun creating menus and pairing wines. The primary will be celebrating his 50th birthday on board and the stakes are high!

Before the new guests arrive, Francesca attempts to straighten Elizabeth out as she is a messy worker and is completely disorganized. Elizabeth disagrees, but should we remind her that she can’t seem to finish one job completely and her forgetfulness is bordering on next level?

In the meantime, a different side of James gets shown — a softer, more insecure version. He explains he is the youngest of three brothers and is a bit body-conscious. Interesting to hear that coming from James considering he always refers to ladies as “fit.” Maybe it’s just James projecting his own insecurities, huh?

While Eddie, Francesca, and Rachel sit around menu planning and wine drinking, Shane pops in to find out if there’s anything else he can do to help. Shane can sense he is walking on thin ice, so he is attempting to smooth things over with Eddie. Eddie lays into Shane and tells him that maybe a few hours ago Shane could have helped…but instead, he was sleeping…with a mask on. DIVA.

I feel like everyone should just band together and ice Shane out. They’re all trying to teach him and show him how to WORK — a concept he so clearly does not comprehend. Maybe if Shane saved some of that energy he puts into his morning yoga for the work on the dock, things would start looking up for him. Heaven forbid he actually rubs in the sunscreen applied to his face — think of that energy he would expend!

Francesca prepares the girls for the level of service expected during this charter. She is trying to tidy up Elizabeth, “the messy artist,” but Elizabeth is starting to take things personally. There’s not much time to hash things out with the stews because the provisions arrive and the crew gets ready for charter number three.

As the guests walk up the dock, Izzy complains about her camel toe, and she manages to gross Captain Lee out right before showtime. The yacht is sparkling (no thanks to Shane) and the guests seem impressed with accommodations. When the charcuterie board comes out, the guests begin their neediness. A vodka soda! Some ice! Forks! Seems like it’s gonna be a looong charter.

Rachel is stoked to cook for these guests. They’re into wine. They’re into food. She is living her best life preparing the menu, but she doesn’t realize just how unrefined these guests actually are. Sure, they talk a good game, but I thought these people were foodies! They start asking if the crab from the salad came from a can (WTF) and Rachel starts to become deflated.

Post lunch, a few of the guests start playing on the water toys and I am a bit concerned. Hasn’t anyone ever told them the rule to wait 30 minutes after eating before engaging in water-related activities?

Later, Elizabeth phones a friend for a “reset.” She feels unhappy and stressed out with the way things have been transpiring between her and Francesca. Maybe Elizabeth should quit worrying about how things ARE and figure out a way to change the future of how things COULD BE. Oh, and maybe she could learn how to iron.

Shane is also finding himself in a dark place. He swears he is a smart person, but he hasn’t shown his true potential on this boat. He writes out his feelings and has hopes that his journaling will help him start fresh. In his words, “Psychologically, I’m in a little bit of battle with this boat.” He decides, in order to show his competence, he will be on late-night duty. Izzy wishes him good luck and reminds him to shut the laz door at the end of the night (translation for us common folk unfamiliar with yacht terms: shut the garage door so no one breaks in during the middle of the night). Easy enough, right?

Rachel is “ready to kick this dinner service in the a*s” and to show these guests how wrong they really were for thinking she served them canned crab. But alas, these “refined” guests are anything but! The primary (birthday boy) just legit put himself to bed because he drank way too much. LOL. Cue Rachel’s frustration.

The next morning, Eddie finds the laz door left open by Shane, despite the fact that Izzy reminded him to shut it before bed. Eddie is P*SSED. He is walking around telling the crew that Shane kept the garage door open and is grateful that nothing got stolen overnight. Shane — things are not looking too great for you! When Eddie confronts Shane, he tries to handle this very gently. I’m surprised at how much he tiptoes around Shane’s sensitive personality, considering Captain Lee did not. Shane fills the captain in on his stupid mistake and Captain Lee retorts, straight-faced, “I don’t know…when you go in your house at night, do you shut the door behind you?” And then follows that up with a muttered, “Dumb a*s…”

It’s another dreaded beach picnic, and let’s just pray that the crew has their sh*t together this time around. While the guests enjoy some water sports, and the birthday boy primary nurses a hangover, Ashling leads the crew on the beach set-up and does a phenomenal job. Francesca, take notes.

Everything seems to be going relatively smoothly until it’s just about time to run Rachel’s food to the tender so the guests could have a 1:00 lunch. Rachel’s mind is blown by the lack of communication. She is the only one calling Francesca out for her lousy leadership. All this time, Francesca just seems to blame other people when things get messed up, but the reality is, if she focused more on talking to her crew members, half of the organizational issues would be alleviated. The chef has one of the most important jobs on the yacht, yet Francesca leaves her hanging.

Maybe it’s time Ash takes on the role of chief stew. Reminder: She set up that beach picnic LIKE A BOSS. When Francesca arrives to see Ashling’s bang-up job, she takes a pic of the tablescape that she prob posted on social media without giving credit to Ash, right?!

With Shane, it’s a different day, same story. “Eddie thinks I’m dumber than I actually…am.” Those words actually came out of Shane’s mouth. However, he did a great job with the luncheon. With the successful beach picnic behind them, it’s time to focus on the white party. This menu is extreme, but based on how well lunch went, Rachel seems positive she will be able to knock this birthday dinner out of the park. Except there’s one problem… the caviar never made its way onboard. The guests specifically said they wanted caviar, and Rachel wanted to deliver, especially for the birthday boy. Rachel freaks: “I’m gonna punch someone in the scrotum.” Rachel could always just pray the primary drinks one too many vodka sodas pre-dinner and passes out before realizing the lack of caviar on the plate?