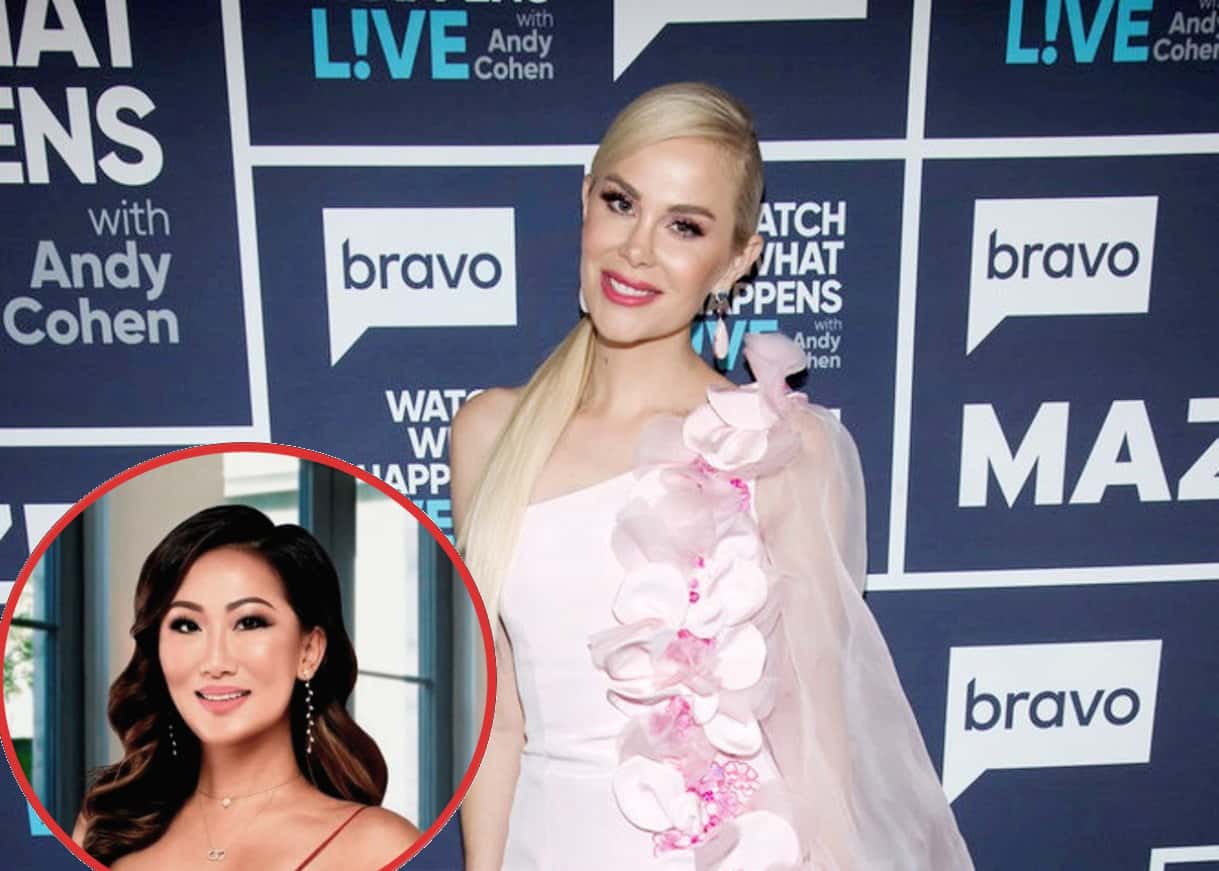 Ahead of the official season premiere, Kameron Westcott claims season five of The Real Housewives of Dallas will be the juiciest yet as she teases unexpected friendships and what fans can expect from newcomer Dr. Tiffany Moon.

Like many other Housewives franchises, the RHOD ladies also filmed in the midst of a horrific pandemic; as a result, much of their filming was done at home. Nevertheless, Kameron says it did not affect the drama and she’ll apparently be involved in her fair share yet again in the new season.

In a new interview, the pink-loving California native explains that viewers will get to see the ladies spend more time with their families, which is something some franchises have gotten away from in the past few years. When it comes to her family life, Kameron says her husband Court Westcott and two children, Hilton, 9, and Cruise, 6, were “really involved” throughout filming and helped with her “decision-making processes.” Fans will also get a glimpse into their search for a new home, and she says they finally purchased her “dream home.”

When asked about her newest castmate, Tiffany, Kameron revealed that she got to know her before filming began, and as a seasoned Bravolebrity, she offered her a little advice.

“We got to know each other a little bit before the show started, which was nice,” Kameron told Distractify. “I told her, ‘Just be yourself.’ She’s funny at times, so I said, ‘Make sure that people can see your funny side and have fun.'”

Although Kameron and Tiffany were friends at one point, it’s unclear if they’re still on good terms now. Their relationship evidently hit a few bumps along the way, and the blonde beauty says she was on the receiving end of some less than pleasant outbursts.

“We actually do hit a few patches down the road with each other, which was very unexpected. But you will get to see how that all plays out, which is fun and exciting. It’s exciting to have a new cast member,” she revealed. “That’s for sure.”

Kameron has also recently admitted that the newbie can be rather annoying.

The SparkleDog founder also teases a major shift in alliances this season. According to her, loyal fans will likely be dumbfounded regarding who sides with whom. Although she and Kary Brittingham experienced a few hiccups last season, the two are now “thick as thieves” even though Kam claims she has to “put [Kary] in line sometimes.” She claims the two of them had to team up to take on Tiffany, who Kary called “two-faced” in the season five trailer. The new besties are actually launching their own podcast together this week titled Kam and Kary Do Dallas.

RHOD Live Viewing – This is also the live viewing thread for tonight’s season five premiere of The Real Housewives of Dallas, which airs at 9/8c on Bravo.