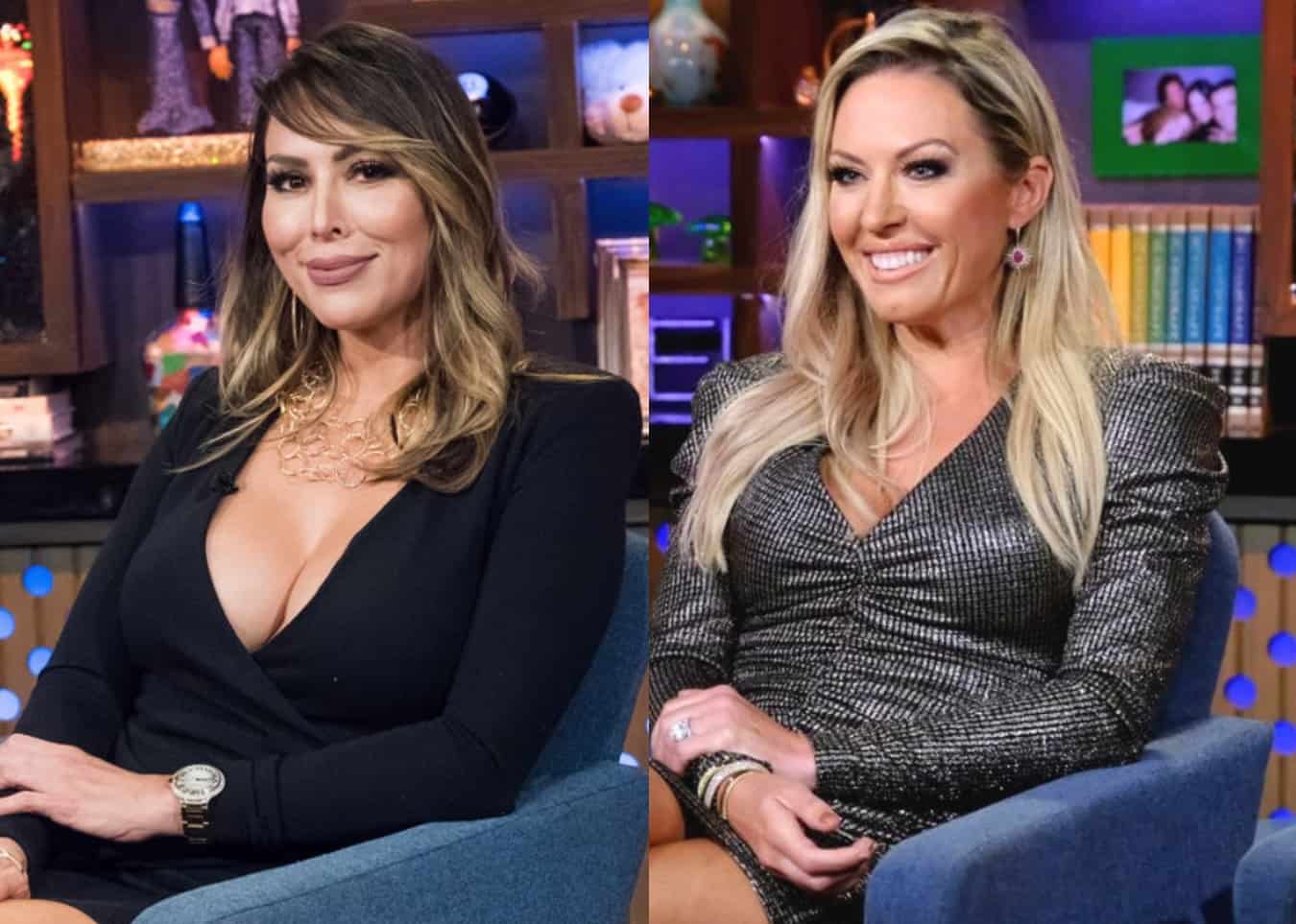 Kelly Dodd is calling co-star Braunwyn Windham-Burke out again, and other Real Housewives of Orange County stars are backing Kelly up.

Braunwyn recently blamed bad editing for the way she’s coming across to viewers on the current season of RHOC. After a fan praised her for her “realness” on Instagram, the mother-of-seven responded by attempting to explain just how “real” she is by spilling her own behind the scenes tea and explaining that she no longer cares how fans perceive her.

“I got the worst edit this year….I had to actually apologize for how I spoke to my boss at one point as I yelled [four] letter explicatives [sic]…loudly,” she shared. “It is what it is….and honestly it’s kinda freeing when I gave up on getting people to understand the truth and just rolled with it, for the first time in my life I really don’t give a f*ck.”

Although some of Braunwyn’s followers seem to buy her story, some of her fellow castmates weren’t having it! While it has since been deleted, Kelly took to her Instagram, posted the screenshot, and added her very own caption.

“I’ve been on [RHOC for five] years and never complained about a bad edit. They show the good[,] bad [and] ugly. This is more deflection [and] not accepting responsibility for your own bad behavior. Tune in tonight at 9PT [on Bravo],” Kelly wrote in the screenshot captured below.

Kelly’s sentiment was backed up by both past and present RHOC stars.

Emily Simpson commented, “The classic ‘it was the editing’ excuse.”

Peggy Tanous agreed and took it a step further by calling Braunwyn crazy.

Kelly and Braunwyn have been feuding on social media for months, and Kelly was asked if she regrets her “lack of sensitivity” regarding her co-star’s sobriety journey during a Watch What Happens Live appearance.

“I don’t regret it because I think that her whole sobriety thing is contrived and I think it’s fake,” Kelly told host Andy Cohen. “I don’t think that she had seven kids so she could ‘not drink’ and I know her well enough that this was a pre-plotted thing that she wanted to do to get her own show.… She wanted to get her own show, her talent agent told her to stop drinking. It’s all contrived. I don’t believe that she is a real alcoholic, no. You’ll see it after on at the end of the show, what happens. It’s really good.”

Although Kelly was originally blasted by fans for her opinion, it appears that Brauwyn’s other co-stars seem to agree, as she does not presently have a relationship with any of her fellow castmates. In fact, Emily appeared on WWHL on January 6 and explained that she doesn’t “doubt the sincerity” of Braunwyn’s sobriety journey, but she does believe it was contrived.

“I kind of agree with [Kelly],” Emily confessed. “But I had this conversation with Gina [Kirschenheiter] and she said ‘even if it’s for a storyline, at least she’s getting sober.’ And that made me realize the end result is what matters and not her intention.”

“I don’t doubt the sincerity of her journey,” Emily continued. “I doubt the timing of her journey. That’s the part that makes me skeptical. Whatever gets her to the end result or makes her a better person or makes her healthier, whatever the reason was that pushed her to do it now is irrelevant. So, that’s what I need to focus on, more of the end result and not why she’s doing it.”