Home Real Housewives of Orange County News RHOC’s Elizabeth Vargas Blasts Braunwyn as “Extremely Narcissistic” and “Hypocritical” for Saying She’ll Be “Heartbroken” If Husband Sean Dates and Agrees She’s “Making Everything Up for Fame,” Plus Kelly and Emily React

RHOC’s Elizabeth Vargas Blasts Braunwyn as “Extremely Narcissistic” and “Hypocritical” for Saying She’ll Be “Heartbroken” If Husband Sean Dates and Agrees She’s “Making Everything Up for Fame,” Plus Kelly and Emily React 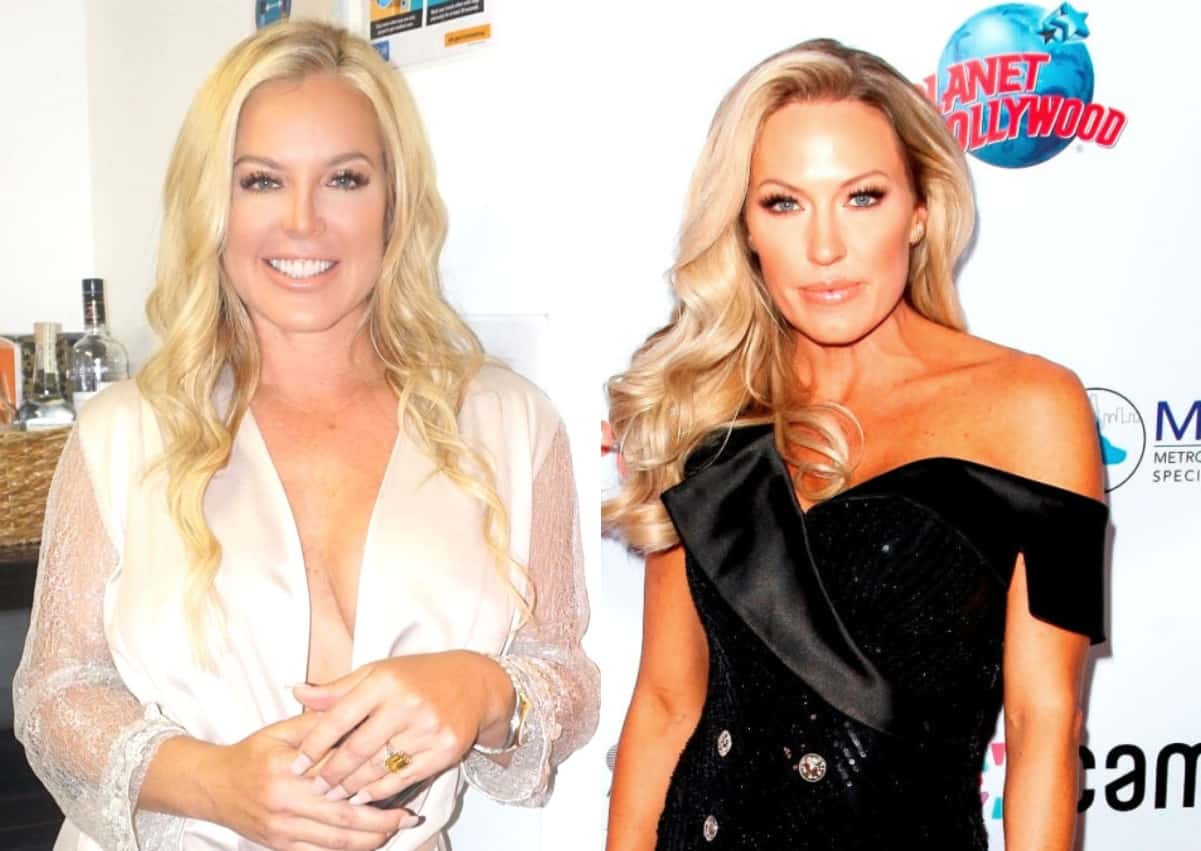 Elizabeth Vargas called out Braunwyn Windham-Burke on Instagram on Sunday after seeing what she said about her husband Sean Burke dating someone new.

After Braunwyn told a fan she would be “heartbroken” if Sean fell in love with another woman, the Real Housewives of Orange County star slammed the mother-of-seven as narcissistic and hypocritical before agreeing with a fan who suggested Braunwyn was making stuff up for fame.

“OK.. I’m sorry but this is just getting to be wayyyy [too] much,” Elizabeth wrote in a post shared on January 3 on Instagram. “Didn’t she just announce she’s NEVER been attracted to him EVER & she’s ‘SLEEPING WITH WOMEN’! Acceptable behavior because she calls it a ‘modern marriage’ or extremely narcissistic & hypocritical…Thoughts?”

Then, after typing out several hashtags, including a hashtag for “don’t be a Braunwyn” and another for “Team Sean,” Elizabeth said, “You can’t make this sh*t up.” 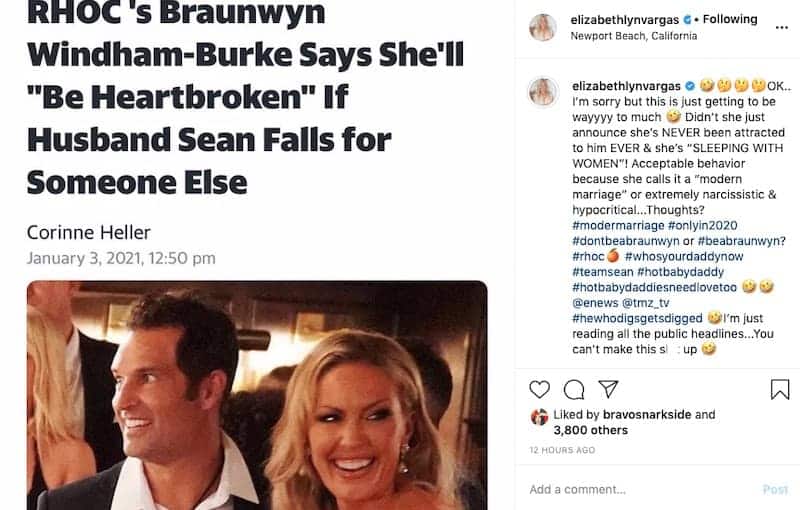 In the comments section of Elizabeth’s post, one person told the newest member of the RHOC cast, “I’m loving that you’re calling it out.”

“Next she’ll be jumping out of a flying saucer with an alien landing on a mountain screaming, ‘I’m in love with an alien now.’ I mean come on what’s next?” Elizabeth replied.

Another person said, “There is nothing modern about someone who is making everything up for fame. Last I checked it’s not ok to be married and have a girlfriend/boyfriend on the side.”

In response, Elizabeth added several 100 percent emoji to a comment of her own. 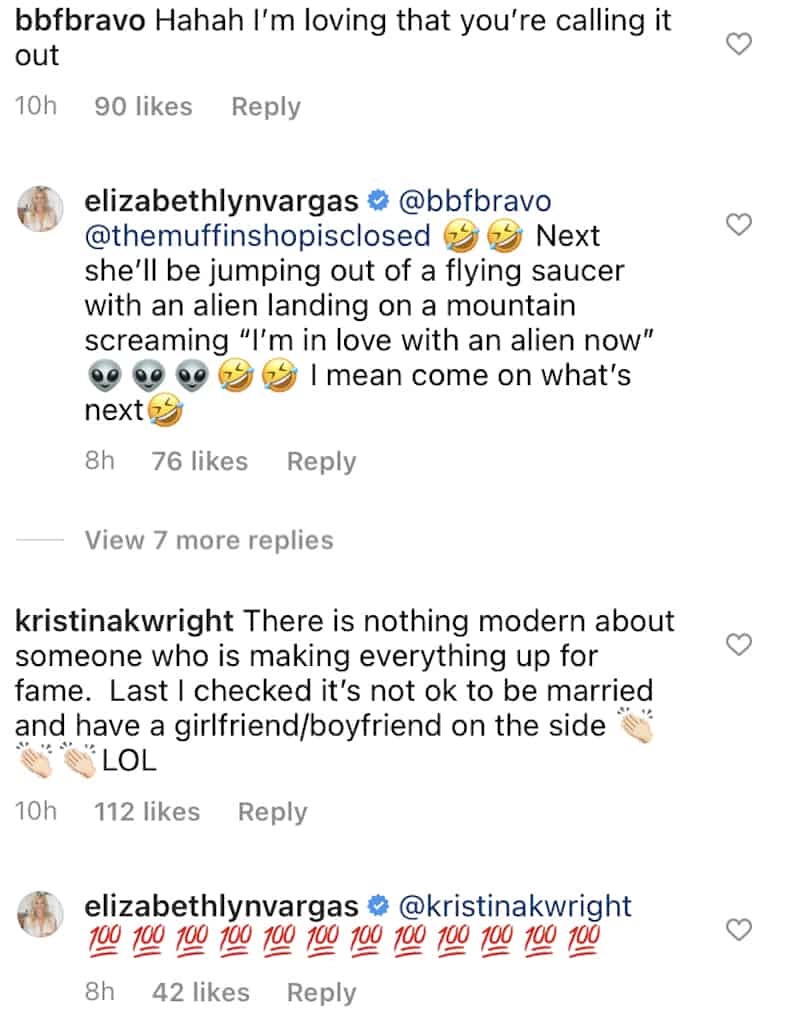 After Elizabeth’s post was “liked” by both Kelly Dodd and Emily Simpson, Kelly offered a response to her castmate’s sentiments. 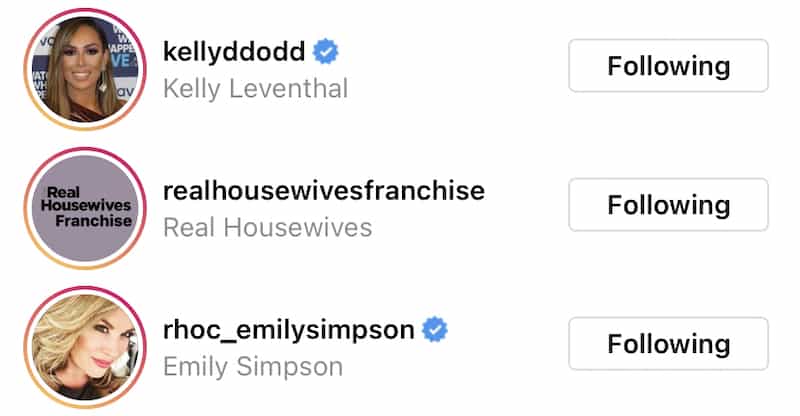 After Bravo Housewives shared details of Elizabeth’s post on Instagram, Kelly wrote, “You did so well [Elizabeth] I’m so proud of you!! Team EV!! You are a good person.”