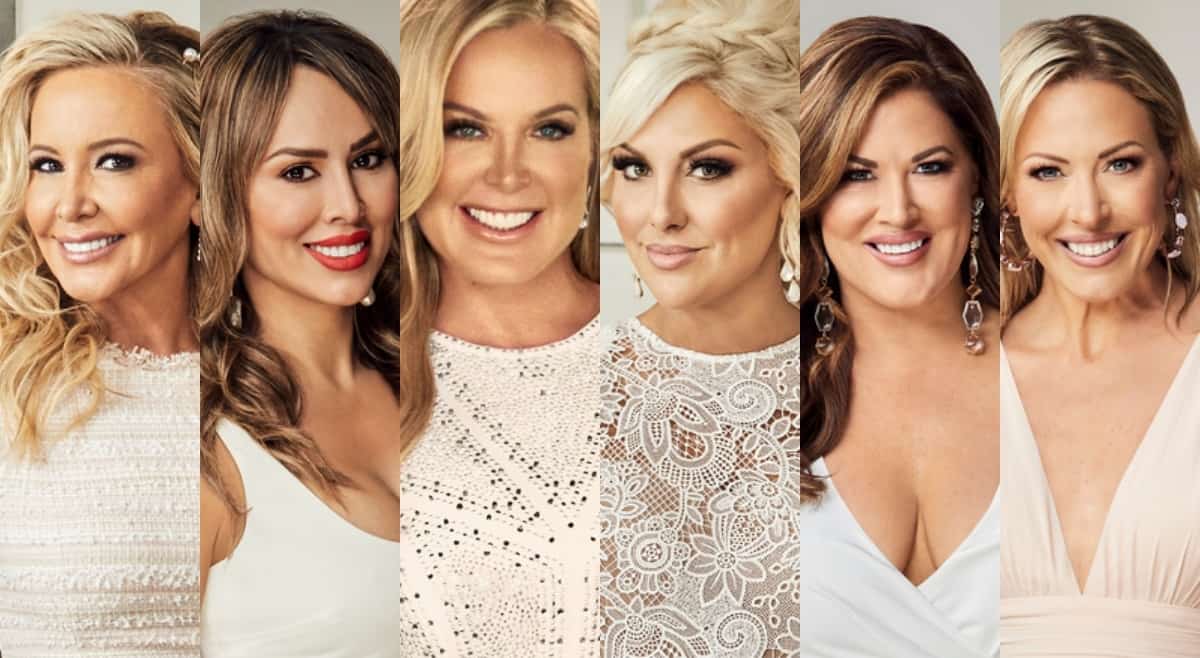 Production on the Real Housewives of Orange County season 15 was temporarily shut down amid filming earlier this year, and soon, fans will watch as the cast attempts to cope with the deadly coronavirus as well as the restrictions put into place to prevent the spread.

In the just-released RHOC midseason trailer, the ladies are seen going into lockdown and beginning to self-shoot scenes as Shannon Beador tests positive for COVID-19 amid relationship drama with her boyfriend John Janssen. Plus, Braunwyn Windham-Burke is seemingly confronted by Kelly Dodd about her girlfriend as her husband Sean Burke complains that she doesn’t want him around.

“What if I die?” Shannon asks boyfriend John in the sneak peek.

But all is not well with the couple, and in later scenes, it is clear that there is trouble in paradise as Emily Simpson tells Braunwyn that things between them aren’t good “at all” and Shannon admits that their relationship “wasn’t that perfect fairytale.”

After Shannon confirms her COVID-19 diagnosis, Gina Kirschenheiter is seen setting up her home for Zoom schooling, Elizabeth Vargas admits to holding a lifelong secret, and Emily struggles to take care of her sick husband, Shane Simpson.

“Shane’s not getting any better. I [can’t] do anything to help him,” she tells the camera as she films RHOC scenes on her phone.

Elsewhere, Braunwyn and Sean are seen in a tense moment as he tells her she’s been treating him as if he’s nothing more than a roommate.

“I’m just becoming a roommate and someone you don’t really want to be around,” he explains as Braunwyn’s head drops.

Then, during another scene, Kelly asks Braunwyn, “What’s going on with your girlfriend?”

“I love her!” Braunwyn replies.

While Braunwyn and her friend Sharee are seen as the girlfriend issue is addressed, it has since been confirmed that Sharee and Braunwyn are not dating.

Also in the sneak peek, one of Braunwyn’s confessional scenes hints that her marriage trouble is far deeper than her co-stars realize.

“Quarantine didn’t just separate us,” Braunwyn declares. “It divided us.”

RHOC Live Viewing – This is also a live viewing thread for tonight’s new episode of The Real Housewives of Orange County season 15, so feel free to comment and chat as the episode airs at 9 p.m. on Bravo.