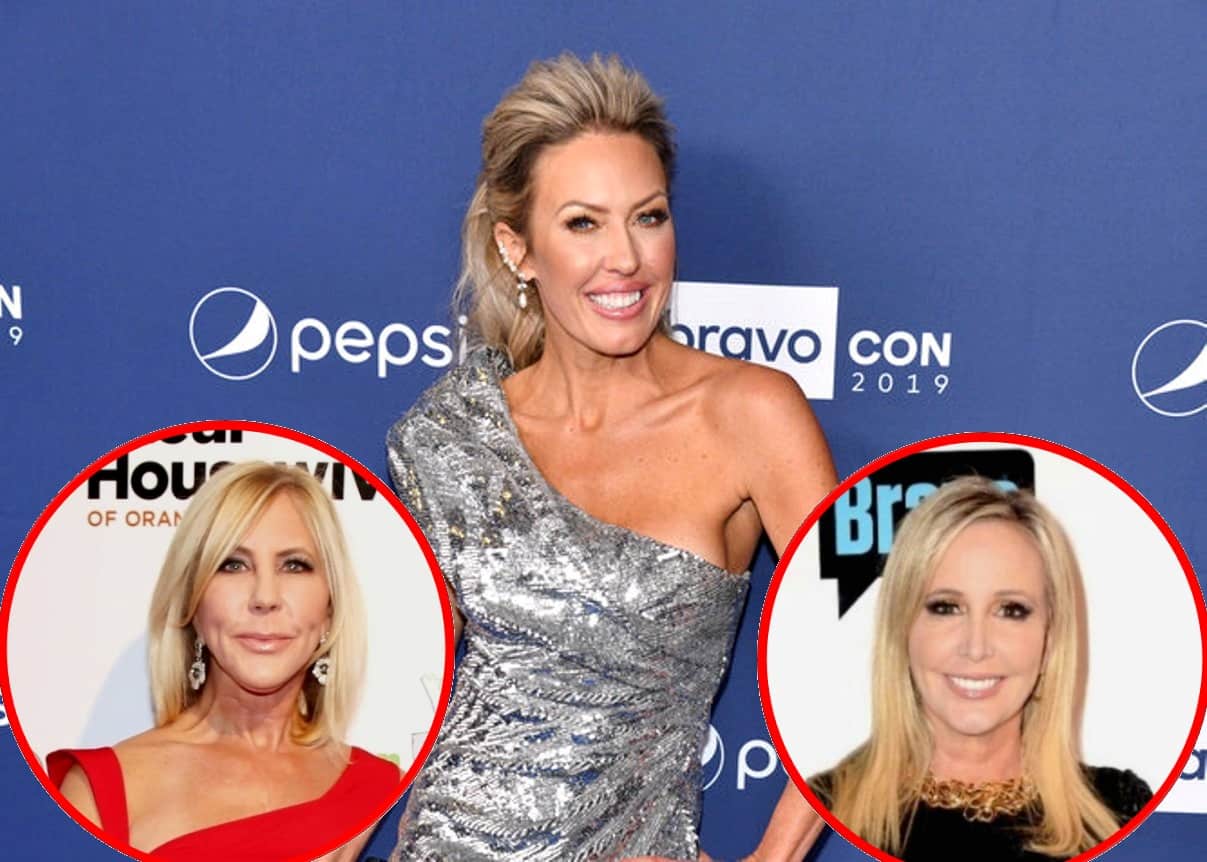 During a new interview with podcaster Danny Pellegrino, while in quarantine with her family, Braunwyn confirmed filming on the upcoming season has been halted and also dished on her relationship with former RHOC housewife Vicki Gunvalson and other ladies from the cast.

Even with the current crisis, the reality star noted that this upcoming season is bound to be one of the best yet, claiming that the storylines this year are “some of the most real and impactful” she’s seen across all franchises.

The mother of seven also touched on her frequent tension with co-star Vicki and how Vicki’s departure from the show seems to be the best thing for the franchise.

“Obviously everyone knows Vicki never liked me, we didn’t get along,” she stated on Everything Iconic. “I think Vicki tried really hard last year to stay relevant and in doing so, she brought an inauthenticity to the whole show that was hard to get around. It was all just her trying to create drama where there wasn’t any.”

She noted that with Vicki being gone, there seems to be a fresh energy to the cast with relationships gaining a newfound intimacy.

“Without that, [the new cast] was able to connect on a much more real and personable and human level,” she explained. “My relationships with these women in the past month are so much deeper than they were all of last season combined.”

The busy mom also touched base on her friendship with Shannon Beador, noting how, despite some of Shannon’s past struggles, the fellow OC mom is doing great during these rough times.

“I reached out to her right after we found out [about the pandemic] and I was like, ‘Are you okay?’ and she was like, ‘Yeah, I’m fine.'” I mean … Shannon’s resilient,” Braunwyn said. “I think that’s one thing that anyone who’s watched the show for a number of years knows — Shannon is resilient.”

Podcast host Danny commented on how Vicki and Tamra Judge unfollowed Shannon after she posted a picture with Kelly. Braunwyn apparently wasn’t cued in to the recent drama, but empathized.

“I know [Vicki] unfollowed all of us just because … you know, it’s hard when you’re not a part of something to watch it,” she explained. “I think that that could have happened a while ago just for her own sanity and she wanted some distance from the show.”

Although she’s excited for the upcoming season to continue shooting, Braunwyn — plus husband Sean Burke and all her seven kids — are hunkering down for the current pandemic to hopefully pass soon.