Braunwyn Windham-Burke Addresses Husband Sean’s Text to Gina Kirschenheiter and Slams Her For ”Creepy” Claim: “She’s Weaponizing My Sexuality,” Plus She Says Sean Felt “Left Behind” When She Got Sober 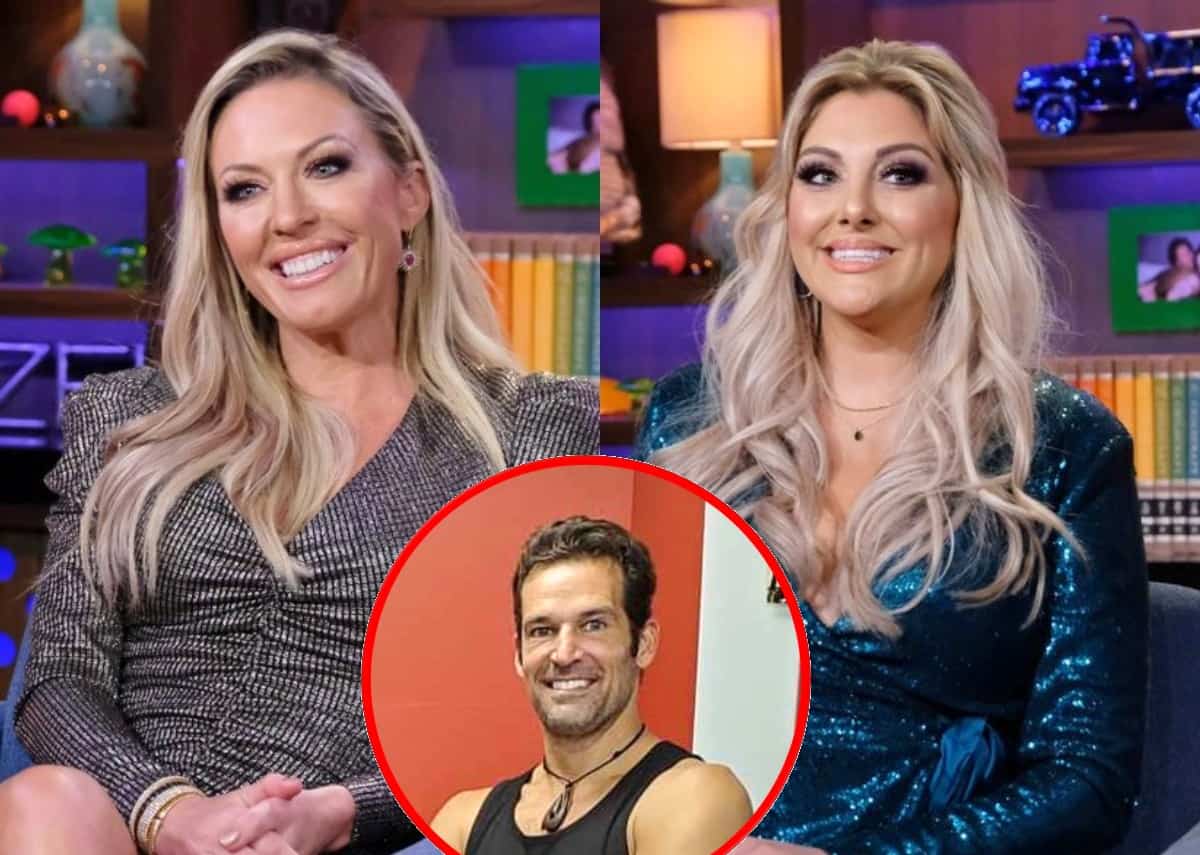 Braunwyn Windham-Burke isn’t happy with Gina Kirschenheiter after she claimed Braunwyn’s husband, Sean Burke, sent her a “creepy” text on Wednesday’s episode of The Real Housewives of Orange County.

During the episode, Gina shared the details of the text with Emily Simpson, explaining how it came after a very drunken evening the women shared last year at Vicki Gunvalson‘s tea party birthday. Sean apparently swooped in to take care of Braunwyn and called an Uber for Gina, and then he subsequently sent her a text to check in on her well-being.

The text in question was shown to viewers on this week’s episode of the show with a screenshot showing the details of the message:

“Hi Gina, just checking in all is OK 🙂 Braunwyn is asleep, but I got her to the condo first 😉 Anyway, have a good night, and it was great to spend some time with you 🙂 Oh this is Sean probably should have started with that :)”

Now, Braunwyn is firing back about Gina’s behavior on the show and defending her husband against accusations of “creepy” behavior.

“Gina has never liked me from the beginning. You know, she’s always had a perception of me that is based on an idea. She’s never really taken the time to get to know me,” Braunwyn told Us Weekly. “I was saddened that she took something like that text message and made it into something else. We went to the tea party last year and we all went out after and we were drinking too much and she was very intoxicated. She couldn’t get her own Uber. And so Sean does something nice. He got her an Uber, got her home, was checking on her and made sure she was safe. And I felt very upset that you took a nice gesture and made it into something else.”

Braunwyn went on to explain that she felt Gina was implying Sean wanted something sexual to happen between the three, considering the couple’s past experiences and relationships.

“I think because people on the show know that I’m attracted to women, it sort of gives them the sense that they can, I don’t know, weaponize it and make me into a predator,” Braunwyn said. “There’s something about that that doesn’t sit right with me, that when it comes to same-sex relationships, it’s somehow like dirty or inappropriate. And I think more than the text message, it’s her weaponizing my sexuality that really got to me. I was like, ‘Wow, just because I’m attracted to women doesn’t mean that I’m talking to all [women], you know, or that I would do something like that.’ Like that’s not OK, it’s 2020. We can’t just make those broad sweeping, you know, proclamations like that.”

The reality star shared earlier this month that she and Sean are not currently living together and she’s seeing someone “special,” but she’s not divorcing her husband any time soon.

“We are very honest in our communication. There are just some things that I have discovered about myself that I wanna explore a little more and he’s very supportive,” she stated. “He understands and, you know, I am living a very authentic life right now and I’ve never given myself permission to do that. … I’m 42 and there are just parts of me that … I pushed down and now I’m allowing myself to live authentically.”

The mother-of-seven shared that when she was drinking, she needed her husband more, considering how he took care of her when she was drunk or down-and-out.

“I have been either pregnant nursing or drinking most of our relationship. And when I’m drinking, I’m very needy. I want him to come with me. I want him to pick me up,” she revealed. “He would get me out of situations before I got ugly. So I needed him. And when I got sober, I didn’t need him anymore. And he felt the distance and he felt left behind. … It’s very hard on a marriage. There’s just a lot of things that we’ve had to uncover [in] therapy with ourselves and each other.”

Braunwyn, who revealed she was an alcoholic during the premiere episode of the season, shared that Bravo filmed most of her addiction journey during season 15 and that Sean was by her side.

“I will say that we filmed as much as we could because I didn’t want to minimize that this is a family disease, you know? And one of the reasons I was able to stay drunk so long was because Sean, you know, Sean did take care of me,” she said. “So he’s working a program, I’m working in program. We both know we have a lot of work to do.”