RHOC’s Braunwyn Burke Shares Her “Rock Bottom” Moment and Says She’s 258 Days Sober, Talks Going to Rehab 10 Years Ago and How Gina Confrontation Pushed Her Over the Edge 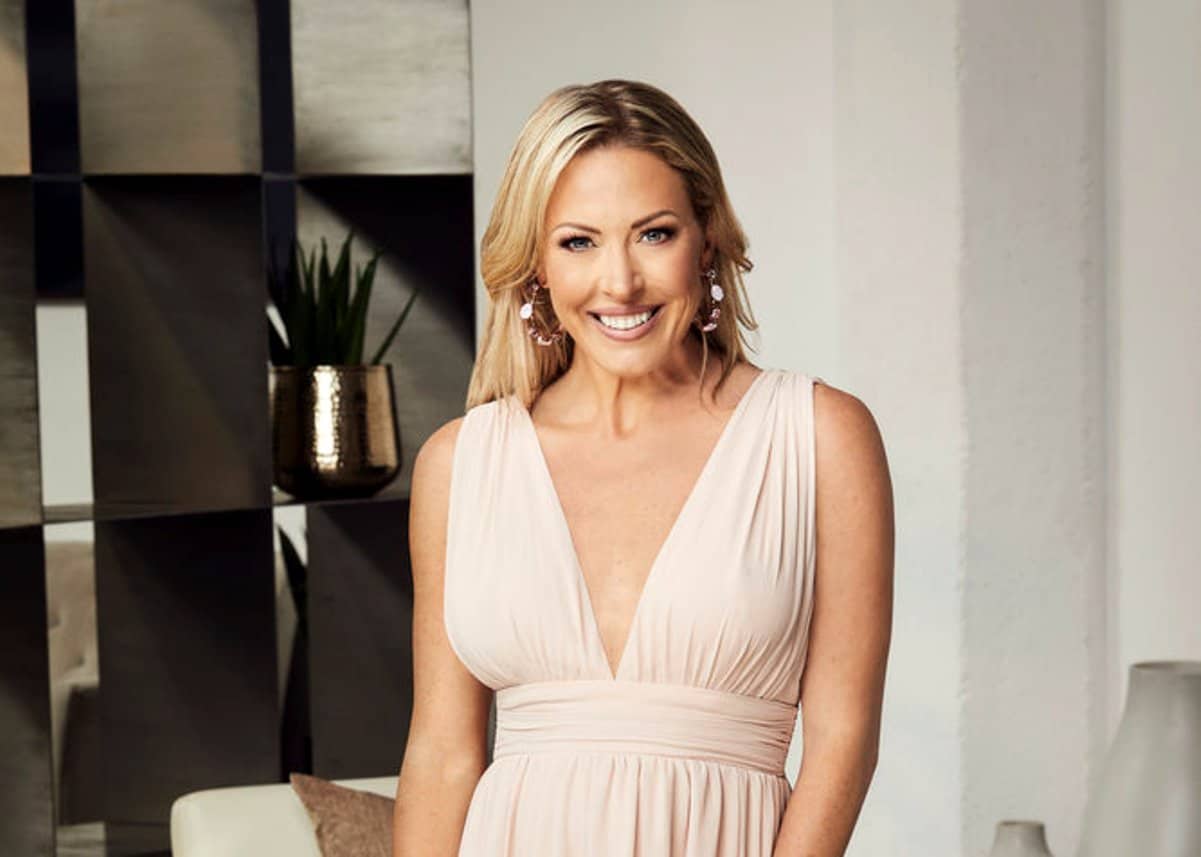 Braunwyn Windham-Burke shocked fans when she confirmed she’s an alcoholic on the premiere episode of The Real Housewives of Orange County, and during a new interview, she’s opening up about her revelation.

After looking back at her announcement, Braunwyn revealed how her fellow Bravolebrity, Captain Sandy Yawn of Below Deck: Mediterranean, helped her commit to a life free from alcohol, shared her “rock bottom” moment, and looked back on a messy dispute with her RHOC co-star, Gina Kirschenheiter.

“By the time I said that in the confessional, it was OK. I had already said it to myself,” Brauwnyn told Entertainment Tonight.

According to Braunwyn, she quit drinking on January 30 of this year, just one day before she was set to sit down with RHOC producers and discuss her season 15 storyline. However, it wasn’t until after she talked to Captain Sandy that she truly committed to being sober.

“[I] knew things were out of control. I knew my life had become unmanageable,” she explained. “Then I called Captain Sandy from Below Deck Mediterranean because I knew she’d been sober for 30 years. I got her advice and she said, ‘You had no problem being drunk on camera. Why are you having such a hard time getting sober on camera?’ And I had to admit the truth was because then I would be accountable and that was scary.”

After speaking to Sandy, Braunwyn immediately called one of her producers and said, “Here’s the truth, I’m an alcoholic.”

“I said, ‘I’ve struggled with this for many years, this is not my first time trying to get sober. I went to rehab 10 years ago, this is not new. This is just something I didn’t tell you guys, this is something that I kept to myself thinking I could keep it under control,'” Braunwyn recalled. “And he said, ‘OK, do you want to film this?’ I said, ‘I do, and I want to do it right. I want to do it honestly, and I don’t want to sugarcoat it.’ He’s like, ‘OK, we’re in.'”

While Braunwyn had already begun attending meetings and taking the steps necessary to get sober at the time her RHOC confessional was seen, she hit rock bottom before taping her announcement.

“You see a crazy scene on camera where I throw a glass and all that. That was my rock bottom, that was 30 days sober. I hadn’t gone to get any help yet, I thought I could do it on my own, and you see that day the progression. I tried to kick the cameras out of the house, I really tried, and they followed me that whole day,” Braunwyn shared, adding that the cameras helped keep her sober.

“I was nervous to go to a self-help meeting. I was nervous I’d be recognized, I had shame around it, I had a hard time walking through those doors,” she continued. “That day in retrospect, [when I threw the glass], I should’ve gone. I should not have gone, in the state I was, to a party where everyone was tequila-tasting.”

In addition to her “rock bottom” moment, Braunwyn also endured a volatile confrontation with Gina while trying to stay sober.

“I had an altercation with [Gina] at the time, because here I am trying not to drink and they say, ‘Go to the bar, go have another drink, go have another f**king drink, that’s what you always do,’ but that sent me over the edge. When I’d been trying so hard to stay sober and keep it together. Those words. That’s when I threw the drink and said, ‘F you,'” Braunwyn explained, adding that Gina was unaware of her sobriety at the time.

Following Wednesday’s premiere, Braunwyn confirmed she is 258 days sober to her fans and followers on Instagram.

“258 days, one day at a time. Thank you to everyone that helped me on my journey so far, [Sandy] for giving me the courage to tell my story, to [Evolution Media] for your unwavering support and [Thomas Kelly] for telling this story as real and honestly as we could,” she wrote on October 14. “When we started this season I was 12 days sober, we document the good and the bad, the highs and the lows, the unfiltered reality. 9 months ago my life was unmanageable, but today I’m happier then I’ve ever been, living life honestly on life’s terms.”