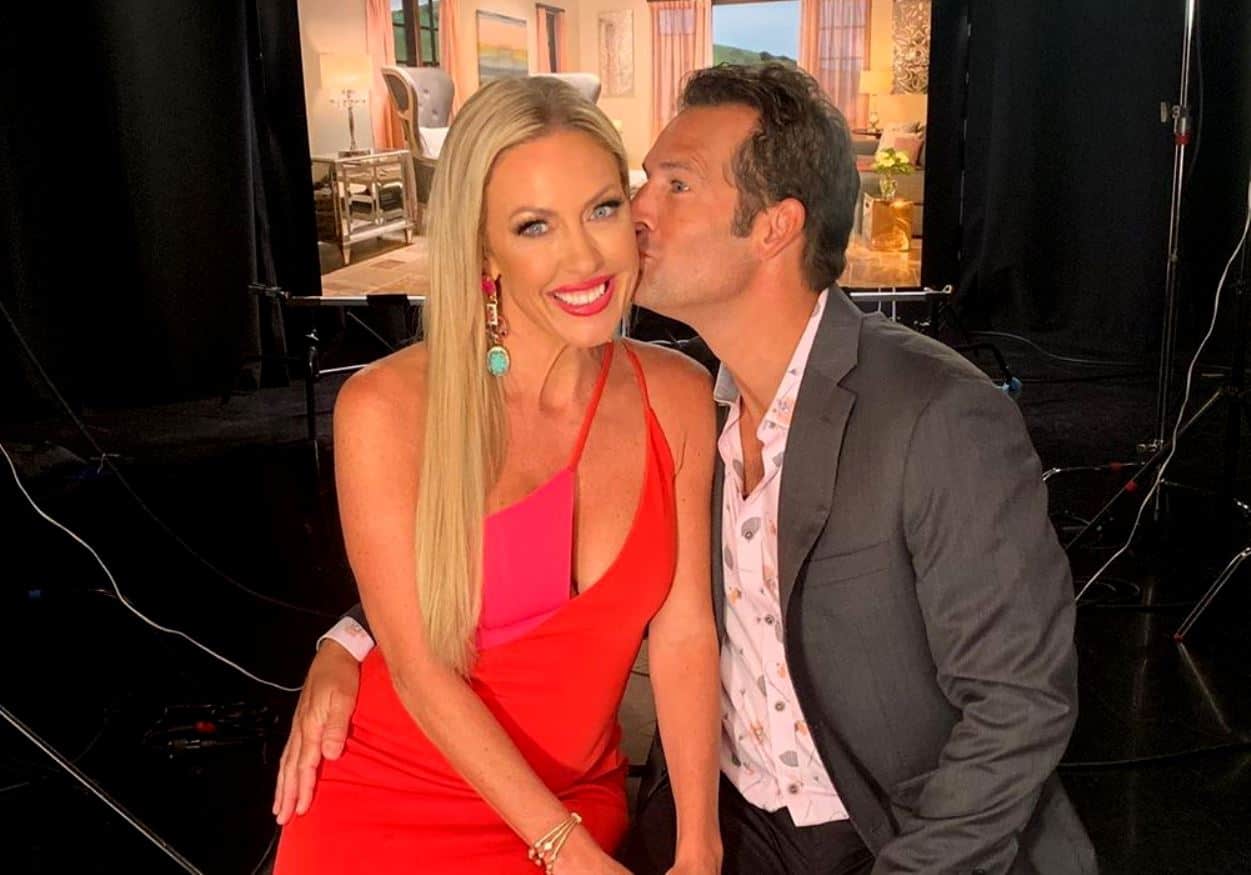 Braunwyn Windham-Burke is celebrating one year of sobriety.

The Real Housewives of Orange County star celebrated a full year without alcohol over the weekend with a lavish beach picnic alongside her husband Sean Burke. The 43-year-old reality star first announced she was an alcoholic on the first episode of season 15 and has been publicly scrutinized ever since.

After coming out as a lesbian and going public with her girlfriend, Kris, Braunwyn chose to celebrate the milestone with her husband as the two navigate their open, “modern” marriage. Sean also took to Instagram to express his support and excitement for the accomplishment.

“It’s been a year, and you made it…. sober. So happy we are where we are today,” he wrote with a “poppin’ bottles and balloons” hashtag.

The pair opted to dress up for the occasion as Braunwyn wore a nude-colored, lace dress, and Sean went with a white button-up shirt paired with black pants and a fitted grey jacket. The couple was all smiles as they posed for pictures and snuggled up close on several occasions.

Just a few months back, the RHOC star reflected on her decision to get sober and how difficult that time was for her and her family.

“January 30th, that was my sobriety date. January 31st is when I sat down with our three producers to go over what’s going on in your life,” she told E! News in October of last year. “You sort of say, ‘Hey, this is what we have going on. These are what our important dates are.’ You sit down and kind of plan out the next four months, just so they have an idea of what’s going on in your life. And I had off-handedly said, ‘Oh, I’m getting healthier. I was drinking too much. I’m getting ‘healthier.’ And they were supportive.”

“Thomas, my showrunner, was like, ‘OK, great,'” she continued. “He sent me a nice little article. And then I went to Beaver Creek, skiing with my family. It was a disaster. Detoxing on a mountain is not a great idea. Detoxing with seven children, not fun. I was psychotic. It wasn’t pretty.”

Braunwyn has been candid on the show about her struggles with sobriety and openly admitted that she has struck Sean more than once as he attempted to keep her from drinking.

“It was ugly,” Braunwyn admitted on the WWHL: After Show. “Sean was the only thing that stood between me and a bottle of alcohol.”

She added, “I made amends to him. But was it pretty? No. That was the lowest of our relationship but he is an amazing man and he doesn’t judge me on my worst days. He understood what I was going through and he’s grateful he kept me sober.”

After a tumultuous and shocking season 15 reunion, The Real Housewives of Orange County is currently on hiatus, and it’s unclear if Braunwyn will return. As fans know, she is not on speaking terms with any of her castmates — who she claims are “cruel” and “unsupportive” — and she recently revealed that she may not return if she continues to be attacked.

“When someone says to you, ‘I’m an alcoholic and I’m trying to be sober,’ there’s only one response, and that’s, ‘How can I help?’ ” she declared. “For people with such a large platform to be so cruel and unkind about this was really, really shocking to me.”