Home Don't Be Tardy Kim Zolciak and Kroy Biermann Announce They Have COVID-19, Plus How Don’t Be Tardy Stars Are Coping With It

Kim Zolciak and Kroy Biermann Announce They Have COVID-19, Plus How Don’t Be Tardy Stars Are Coping With It 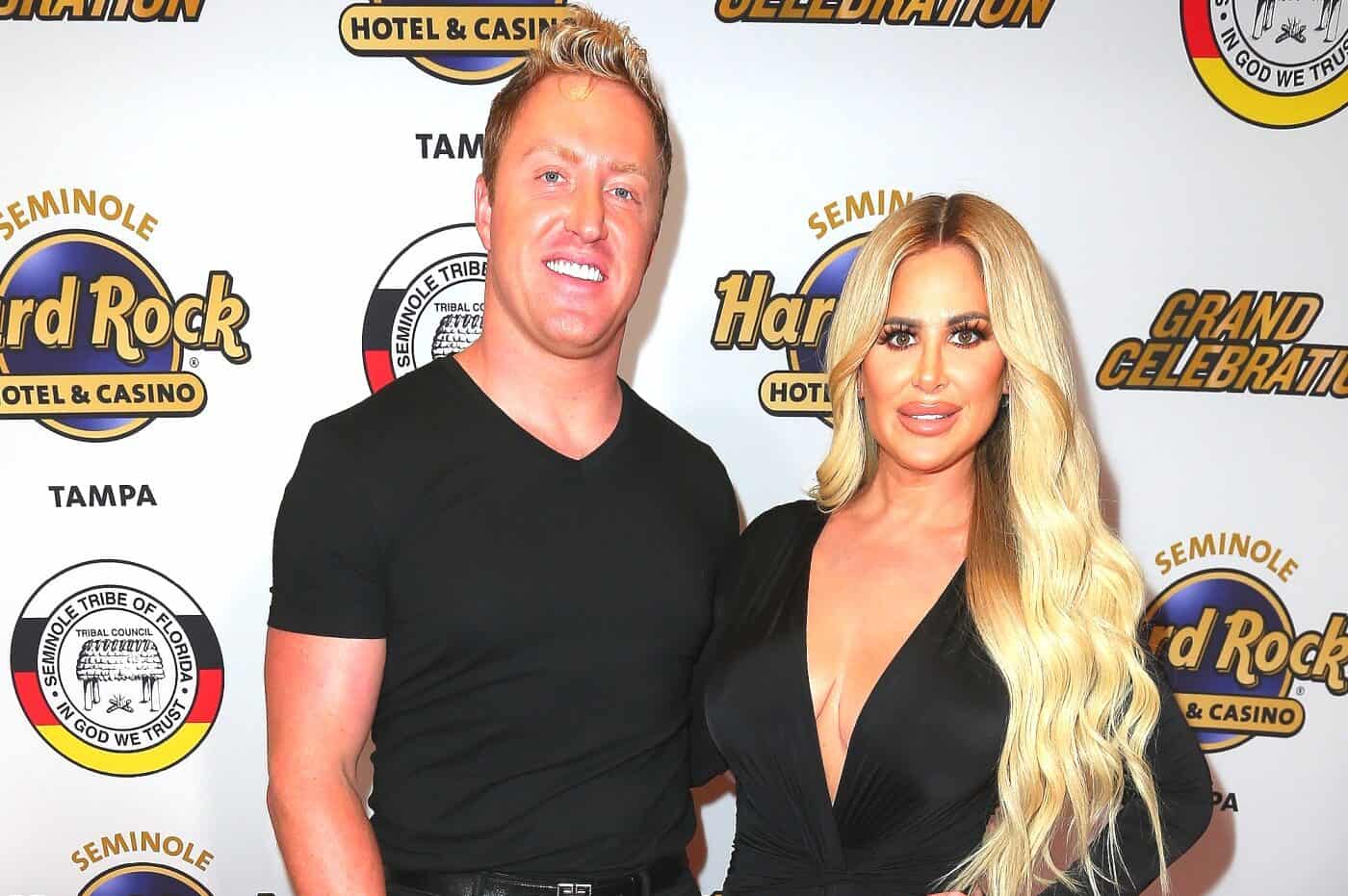 On Tuesday, the Don’t Be Tardy star took to her Instagram Stories and announced that both she and Kroy are battling the virus and included a photo of the two hooked up to IVs in what appears to be a doctor’s office.

“Hubby and I tested + for Covid A few days ago! Been a hell of a ride!” she captioned the photo. “Very thankful for our Dr’s and a HUGE thank you to [Chris Tuff] for keeping us healthy and Piedmont Infusion Center as well THANK YOU SO MUCH!!”

“You guys rock! Thank you for all you do,” the mom-of-six added. “My nurses were absolutely phenomenal.” 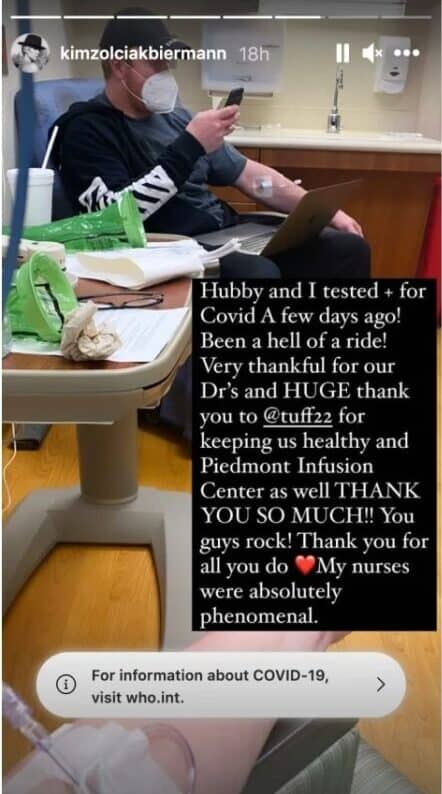 This news comes about a month after their daughter, Brielle Biermann, 24, tested positive, which she also announced on Instagram.

“I’ve had COVID (still recovering but I’m doing good today!!) so today is the first day I’ve worn makeup,” Brielle wrote on January 13. “Still quarantining (in the salon LOL) but have Zoom meetings [all] day.”

She also claimed that her parents were taking great care of her while she was isolating.

“Shout out to Kroy who has been delivering me my necessities at the stairs. He’s been bringing me all my clothes and food. He even brought me milk and cookies the other night,” she explained, but she later clarified it was Kim who actually delivered the milk and cookies.

Shortly after Brielle received a positive test, Kim revealed that 19-year-old Ariana Biermann had also tested positive for the respiratory illness and was isolating in a separate portion of their Georgia home.

At the time, Kim revealed she was “very stressed” as she cared for her two daughters, but she said their four youngest children, KJ, 9, Kash, 8, and twins Kane and Kaia, 7, were doing great and somehow managed to avoid catching the respiratory illness.

For the time being, it seems that Kim and Kroy are doing fairly well as she posted a masked-up photo Tuesday evening. It’s unclear if the younger children are still COVID-free. 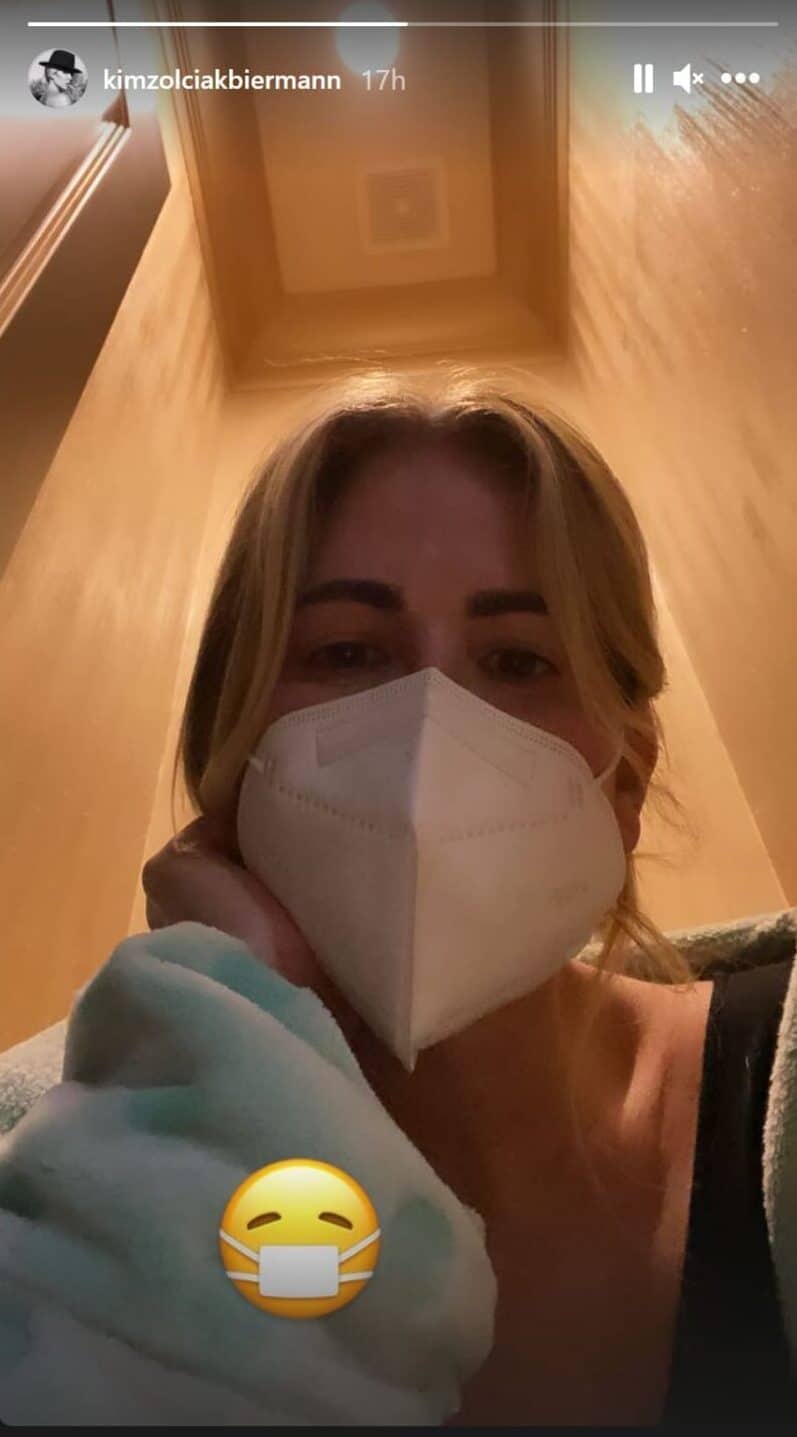