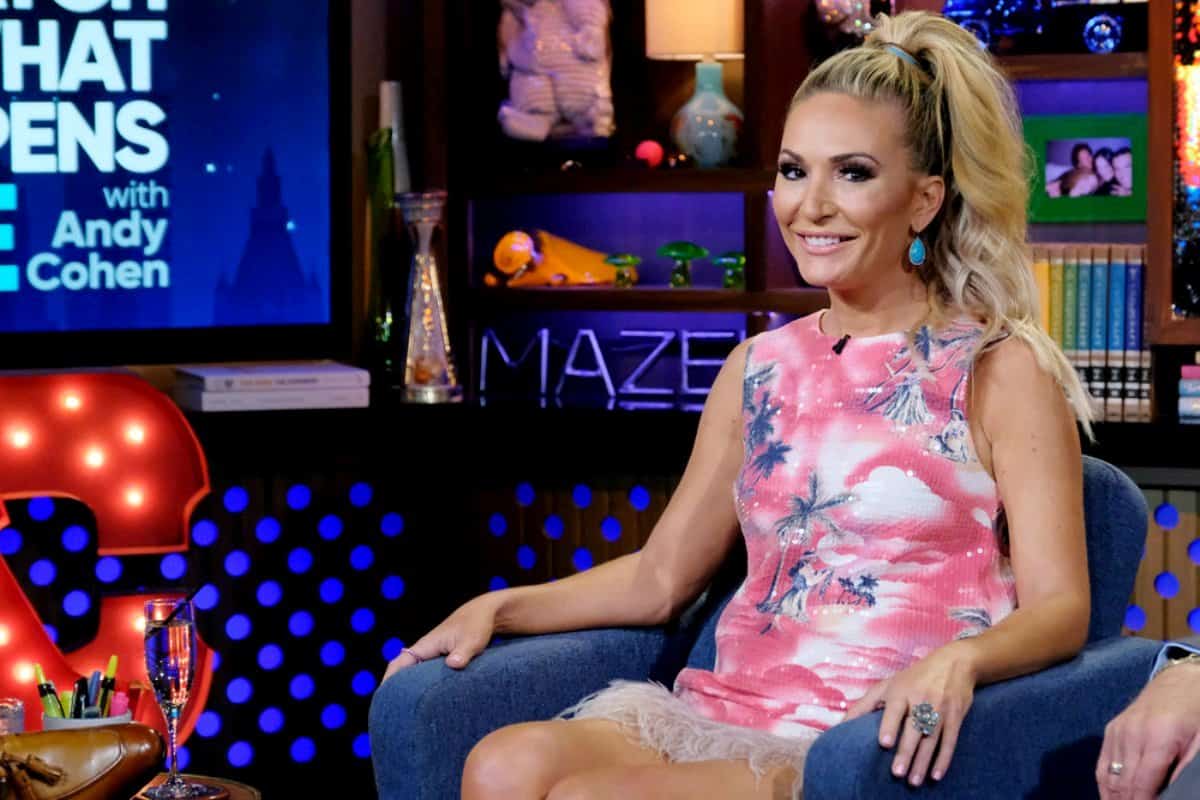 In February, Bravo announced that Kate was leaving the talk show after only one season. At the time, the former Below Deck star did not address her exit or give fans a reason for her sudden departure. As a result, rumors began to swirl, with many believing she was fired while others seem to think she’s returning to Below Deck.

Kate’s former co-host, Hannah Berner, did comment on her exit, and she claimed she didn’t know why Kate had left, but she noted she didn’t leave on bad terms.

Then, on March 11, the former chief stew took to Twitter to promote her appearance on Andy Cohen‘s radio show, and one curious fan asked her why she left Bravo’s Chat Room. The star explained that it was because she had to move back to Florida in a since-deleted tweet.

The fan responded, “Thank you now I got my answer to why you’re not on chat room you should have told your [fans] that so now we know why it’s only the three [hosts].”

“Awww Phillip, thank you for your concern. I hope I was able to answer your question enough,” Kate tweeted back. 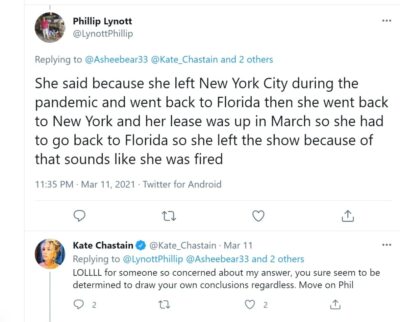 Though the reality star took the time to answer the fan, he still wasn’t happy with the answer.

Kate clapped back, writing, “LOLLLL for someone so concerned about my answer, you sure seem to be determined to draw your own conclusions regardless. Move on Phil.” 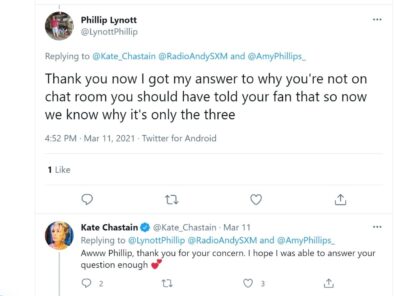 Kate actually created the show and originally only planned to film six episodes. However, the show took off, more episodes were picked-up, and then it was renewed for a second season.

As of now, it seems her recent move is to blame for her sudden exit, but it should be mentioned that co-hosts film virtually, so it’s unclear why Kate chose not to film from her new home in Florida.

Some fans are still hoping that the outspoken star is onto bigger and better things or is at least returning to the show that made her famous.

“So [Kate Chastain] is leaving [Bravo’s Chat Room] … I hope it’s because they are giving her a new project,” one hopeful fan said.

So @Kate_Chastain is leaving #BravosChatRoom … I hope it’s because they are giving her a new project ???? pic.twitter.com/iXonTXDvAi