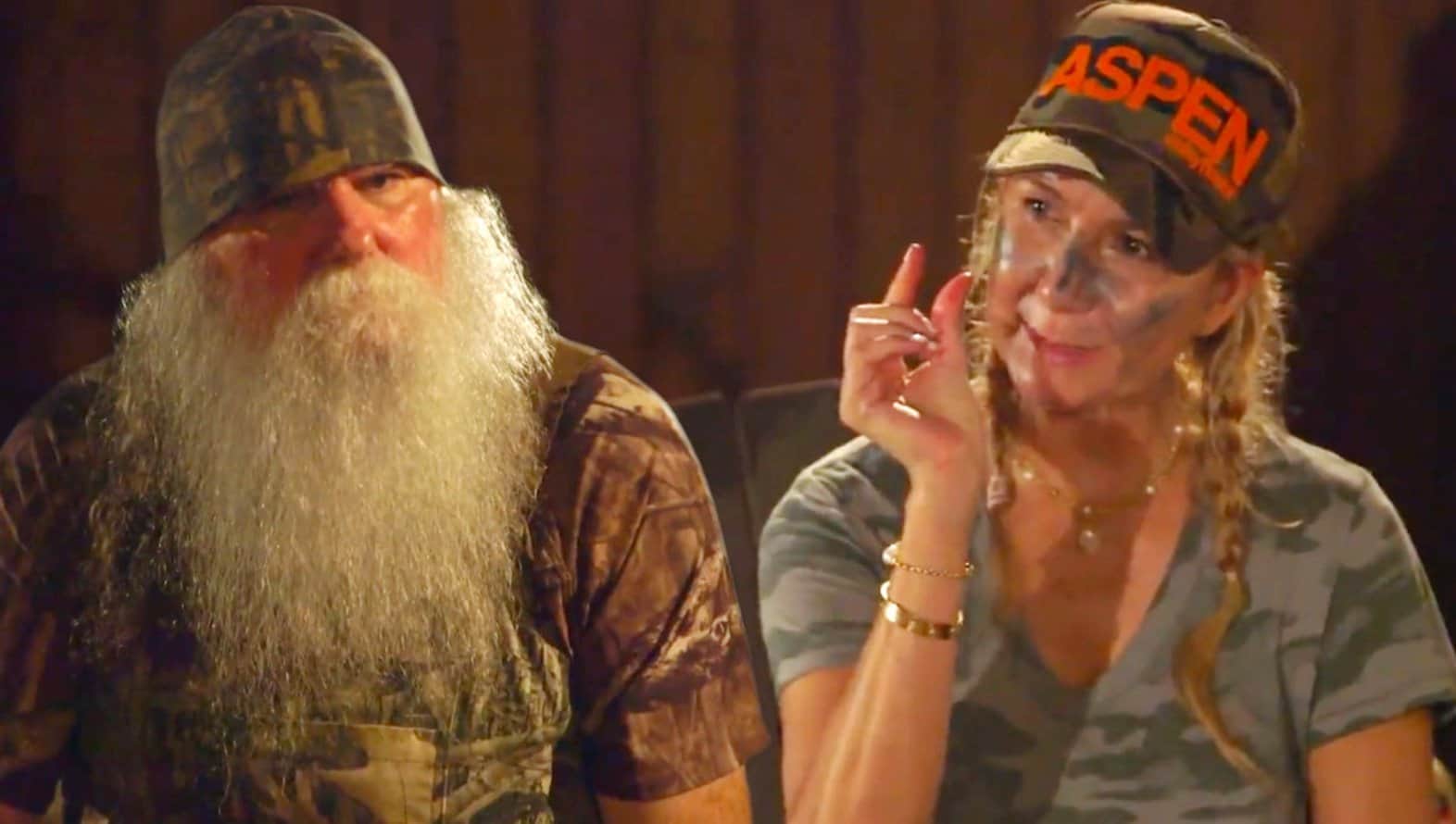 Oklahomies, unite! On this episode of The Real Housewives of Dallas, it’s time to get out of town and get down to country girl roots. But, as long as there is tequila and Jello shots, there is going to be drama! Will Kary be able to fix the mess she causes with Stephanie?

Before the women even set foot onto the RV headed for Oklahoma, Brandi and D’Andra have to clear the air. Except, it seems like everyone is ganging up on D’Andra. “If you guys don’t want me here, I’m happy to go.” Did they all forget that D’Andra apologized… to BRANDI? Why are they jumping all over her, calling her selfish?! Brandi claims she needs to be supported, yet she’s the one who put out the racist videos and wants everyone to just pretend what happened didn’t happen. After much ado and fake tears, Brandi forgives D’Andra. Seems like all that hard work D’Andra has put in with the shaman is starting to pay off. Looks like they’ll be “Oklahomies” after all…

Brandi is legally blind in one eye, but let’s get her to drive the RV. Seems like production really reeled in the budget by not hiring a driver, huh? Wait — why are they wearing their visors inside of the RV?! Kameron shares her happy news about the dream house with the girls and everyone seems pretty pumped for her. Later, watching these women in the gas station AND pumping their own gas makes me LOL. Someone, please tell Stephanie that OF COURSE you need to turn the motor off in ANY vehicle before pumping gas… it’s not some new-fangled rule!

Hearing about the Oklahoma itinerary makes me somewhat exhausted considering they don’t pull up to the house until 8:30 p.m. Stephanie knows this isn’t what the women are used to and states, “I think they’re gonna be mortified and I can’t wait to watch.” It’s only night one and already the ladies are shrieking and howling upon arrival. When Kary whips out the Jello shots, the party starts to get turnt up. Roommates are picked, courtesy of the ol’ shoe in the potato sack game, and it’s almost like karma is kicking Brandi in the a*s when she gets stuck with D’Andra.

Kary is complaining while unpacking the RV and would prefer some help be hired for future trips. Perhaps next time she should think about packing fewer pieces of luggage? As soon as they get settled in, Stephanie rounds up her campers and sends them fireside for a real country meal.

What is with this show? First, chicken feet. Now, a “weenie on a wire.” The celebrity guest, aka Charles, aka the Big Foot Hunter, breaks up the dinner conversation. He is ready to discuss his tales of his ‘Foot sighting. None of the ladies believe a word coming out of Charles’ mouth. In fact, Tiffany yawns through his story because it is not scientific enough for her.

Kary drinks heavily as Charles shares his sighting and is wound up about him being a hunter. She proceeds to ask him rude and unnecessary questions about his hunting, such as, “When you kill something, do you get a hard-on?” Like, why?

The women practice making the Big Foot call and then they prepare for the nighttime hunt. Charles hands over some flashlights and machetes (yup)… and they begin their trek into the wilderness. This all sounds very dangerous considering it’s dark out AND some of the ladies (ahem, Kary) have been a bit overserved, shall we say.

Although they did not find Big Foot, nothing is scarier than Kary wielding the machete as they wrap up the outing.  Charles and Stephanie do their best to safely remove said machete from Kary, but Kary is fired up. She goes low and rude when she starts digging into Charles for hunting animals. It is obvious this guy is getting uncomfortable as Kary persists and pokes at him. She tells him that she can tell he has a “little pee-pee” and that he is a horrible person for killing innocent animals. In the words of Stephanie, perhaps Kary should think about becoming a vegan if she is so passionate about animal hunting. Wasn’t she JUST talking about dreaming of burgers?!

Despite Stephanie’s remarks to Kary about her rudeness, Kary continues the Charles bashing. The poor guy looks like he cannot wait to GTFO, and it’s clear that Stephanie is absolutely mortified her guest was treated so poorly. It’s mind-blowing how Kary could not see this!

The next morning, the ladies roll out of bed at 11 a.m., and there’s a feast awaiting Kary when she finally joins the rest of the women. She is hungover but sticks to her guns about her dislike toward the Big Foot hunter. Stephanie is over Kary’s behavior and wants her to call and apologize to Charles. Kary laughs it off, although Stephanie feels like Charles was humiliated. Kary smiles through some sort of canned apology to Stephanie, but Stephanie is still very upset by this and cannot get over how rude Kary can be.

If the tables were turned, imagine how Kary would react if one of the ladies acted the way she did at an event she planned and hosted? Her head would explode! Wonder if Kary will be attending the evening’s pig roast based on her “beliefs” about hunting animals?

With the issue still unsolved, the ladies split up into two groups: fishing and winery. Tiffany, her umbrella hat, Brandi, and Kary all cast their lines, and suddenly Kary is an animal activist. She asks the guides all about the types of fishhooks used and makes sure the fish get thrown back after being caught. Kary doesn’t seem to have a problem with *this* type of animal activity…

Tiffany shares with Brandi and Kary that she feels like she has “grown” over the last few weeks, especially with the fishing trip. She is thrilled to be a part of the group and is overjoyed to know that Brandi and Kary have her back. WHY would she want to be on their team?! Fishing must really be enlightening because Brandi is able to get through to Kary. She lets her know how upset Stephanie was regarding her behavior with Charles, and there is hope that maaaaaybe Kary will fix things.

Meanwhile, Kam, Stephanie, and D’Andra head to the winery. They get a quick lesson from the wine stud, and then they brew, I mean, bottle, some wine.  Stephanie shares with the women that she does not believe Kary’s rushed apology about her behavior toward Charles to be genuine. D’Andra believes they’ve created a monster out of Kary. They always let her get away with things and she never takes any ownership of her behavior.

Man, Stephanie doesn’t give these ladies any downtime, huh? They get back from fishing and the winery and they no sooner have to prepare for the relay race. Kary does get a chance to begin her apology tour. She starts with D’Andra and her eggs and claims the fishing trip helped her put things into perspective.

Kary then interrupts Stephanie from her relay production and cries to her. She says she is so sorry for making Stephanie cry, and when Stephanie explains how defeated Charles was when he left, Kary realizes just how much it upset her. Apologies are accepted and the friendship has been mended.  Now if only Charles was able to take a break from Big Foot hunting so Kary could say she is sorry for offending him…