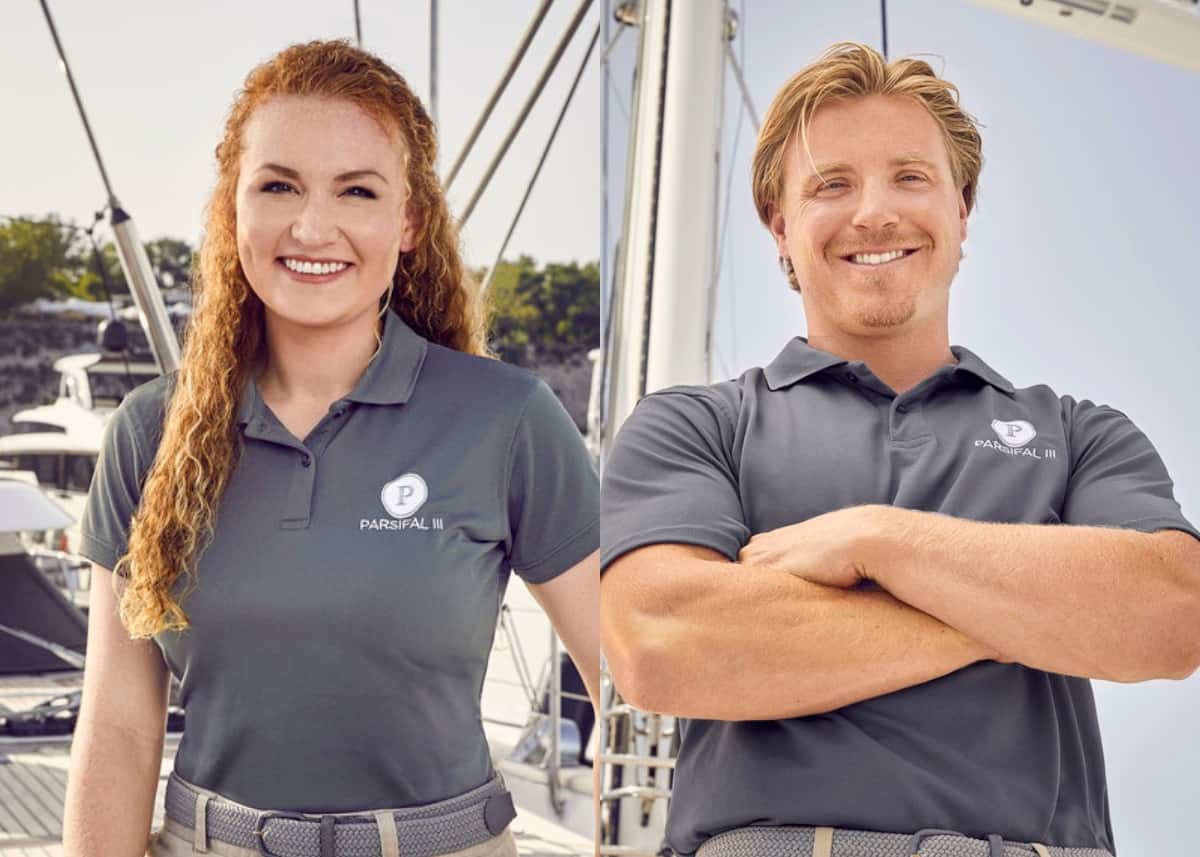 Below Deck Sailing Yacht alums Ciara Duggan and Paget Berry have called off their engagement.

Following a nine-month engagement, Ciara and Paget have split, but the two are seemingly still on good terms. Ciara shared the bad news on Instagram after a curious fan commented on a recent photo asking if she and the former first mate are still together.

“Are you still with Paget? Haven’t seen him in your pics lately… So pretty,” the fan wrote. Ciara responded, “Thank you! And negative.”

Once fans saw the news, several weighed in by telling Ciara she’s probably better off without Paget, who struck up a flirty relationship with a former stew, Georgia Grobler, while on the show.

“After seeing his behavior with one of the stews, you are so much better off without him,” one person commented. “You deserve better!”

“He was a douche,” said another.

However, the deckhand was quick to defend her ex-fiancé as she asked her followers to “be respectful.”

Unlike most boatmances within the Below Deck franchise, Ciara and Paget were actually together for several years prior to joining season one of the show. They met and fell in love when Ciara’s parents hired Paget to teach them about sailing.

Though their relationship was tested by Georgia, they declared their bond was stronger than ever once the season ended, and they announced their engagement via Instagram in July 2020.

“Well folks, it finally happened,” Ciara wrote in the since-deleted Instagram post per Bravo TV, along with a ring emoji and a smiley face.

Captain Glenn Shephard even discussed the pair’s potential wedding earlier this year when he was asked if he’d be officiating.

“I don’t know if I’m going to officiate, but I definitely plan to be there,” he told Us Weekly on February 24.

The former couple had also purchased a home together in France, which Paget dished to Bravo about in June 2020.

“We recently purchased a house in France a few months ago, so that’s a big step forward in our relationship,” he gushed at the time. “I’ve always said, ‘Look, the day you wake up and you don’t like me or you don’t love me, you just tell me, and we’ll deal with it when it comes.'”