Home Real Housewives of Dallas News RHOD Recap: D’Andra Attempts to Mend Relationship with Her Stepmother as Kary Makes Peace With Her Mom 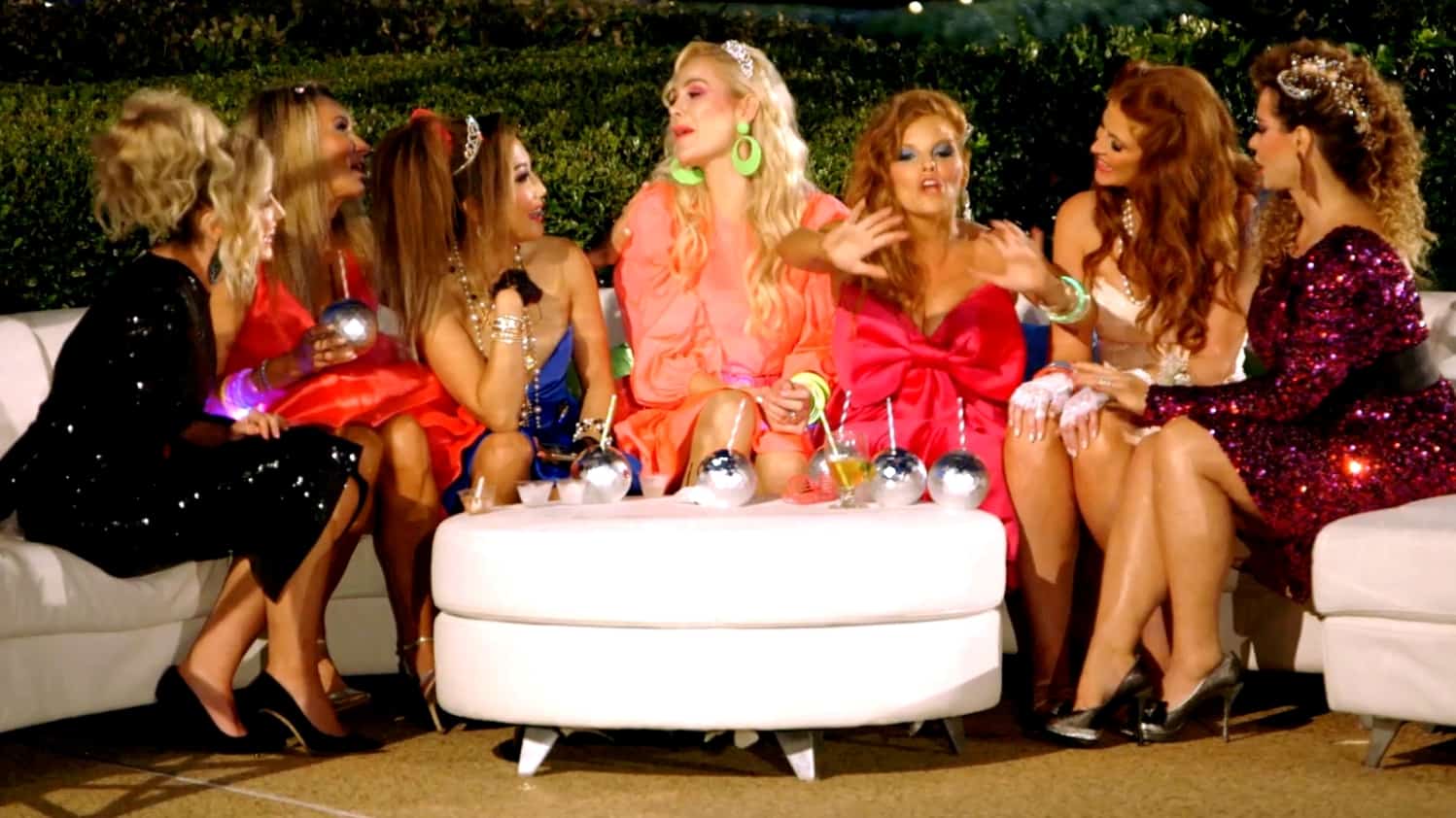 Talk about an entrance. This episode of The Real Housewives of Dallas kicks off with a “Dallas” inspired intro just in time for the upcoming trip to the iconic Southfork Ranch. Brandi has decided that the women need to experience the ranch the way she once did back in her Cowboys cheer days, but no promises that everyone will be well-behaved, especially in this group.

Before the anticipated Southfork slumber party, D’Andra visits her shaman/ex-hairdresser. She shares her fears about her familial drama and asks the shaman for advice. He advises her to just listen to her stepmother and to utilize “that warmth in her heart.” They participate in a fire ceremony, which is supposed to set people up toward a successful future (and to have the local fire department called, obvi).

The shaman blowing up D’Andra’s nose kills me every time, and the fact that D’Andra doesn’t flinch is the best part. Perhaps that is how she got COVID? The shaman dons a snazzy ceremonial hat and even HE can’t keep a straight face as he puts it on. D’Andra feels like now is the time she can really put into action all that she has learned with the shaman, and she hopes she can gracefully take on what could be a potentially toxic situation with her stepmother.

Tiffany seems to be living the dream. Things seem to be looking up for the relationship between Tiffany and her mother. Her kids are adorable. And she is rich enough to have a spa day at her very own house. She makes it clear that she is living vicariously through her children and loves that she is forming a close relationship with them. It appears the mommy issues she once experienced have lessened somewhat!

Speaking of mommy issues… Kary is “really lazy” and hasn’t taught her daughters how to cook Mexican food, so therefore, she has organized a dinner date with her kids. The goal is to school them and learn a little along the way. Kary is a bit sad that her daughter, Olivia, is heading back to college, especially since she has been struggling with her mental health issues. Kary is really trying to build relationships with her daughters because of all the problems she has had in the past with her own mother. Her daughters commend Kary for doing a good job of stopping the alcoholism cycle. BUT — the foreshadowing about Kary’s drinking is made obvious with a quick “one week later” flash forward to Southfork. Suddenly, this touching meal with her kids becomes something much more layered.

Today’s the day D’Andra is meeting with her stepmother. The hope is that a relationship can be formed in the future, and after a pep talk from Momma Dee (where she essentially tells D’Andra she is weak and the stepmom needs a nose job), D’Andra seems ready to take on the situation. She is prepared but not willing to take any crap from the lady.

Luckily, D’Andra has her husband, Jeremy, there to talk some sense into her. He reminds D’Andra that she is attempting to repair a relationship. D’Andra should wear her heart on her sleeve rather than go in swinging like Momma Dee suggested. The future of her family lies in this meeting, so D’Andra should really take a softer, kinder approach to the situation.

D’Andra’s nerves are a bit questionable — it’s like she knew she took all of the inheritance. Two and a half hours later (and yes, Jeremy — aka angel husband — waited in the car for her the WHOLE TIME), D’Andra pages Jeremy and fills him in on the meeting. She explains that there wasn’t much talk about the past, but the stepmother pointed out that D’Andra was not there for the family as they mourned her father’s death. Even though a few things were disputed about the way D’Andra remembers events, the women had a rather cordial time. D’Andra learns her brother does not want a relationship with her, and as devastating as that news is, she is happy to learn that she has made some progress with her family.

It’s the day of the Southfork Ranch trip, and Brandi is planning and prepping. Even the husbands are joining in on the fun for the last night. The itinerary calls for some ’80s garb, and the women are taking it very seriously. We get a glimpse at Eduardo, Kary’s husband, and we learn that he does actually exist. We watch Tiffany struggle with what one should wear to be considered “’80s,” and we see Queen Kameron pairing pink on pink because why not?

The ladies gather at Brandi’s before heading out, and even “friend Jen” is along for the ride. Kary is already dancing to get the party started, and the women pile into the limo. Can we all agree that the face shields are borderline offensive at this point… who are they protecting?!

After primping and crimping, the women all come out modeling their ’80s inspired lewks, and they all nailed it. It’s all fun and games until Brandi asks D’Andra her best ’80s move. I nearly fell off the sofa as she fake-blows a line of coke. We know D’Andra knows alllllll about that life.

The murder mystery game ensues and the women are given their personas. It’s all rather entertaining, particularly watching Kary trying to process that this is all pretend. They prepare to figure out who has the “motive and opportunity” to be the group’s murderer. When the lights go out and the fake shots ring out, we are hit with a “to be continued…” and are left to wonder, who done it??