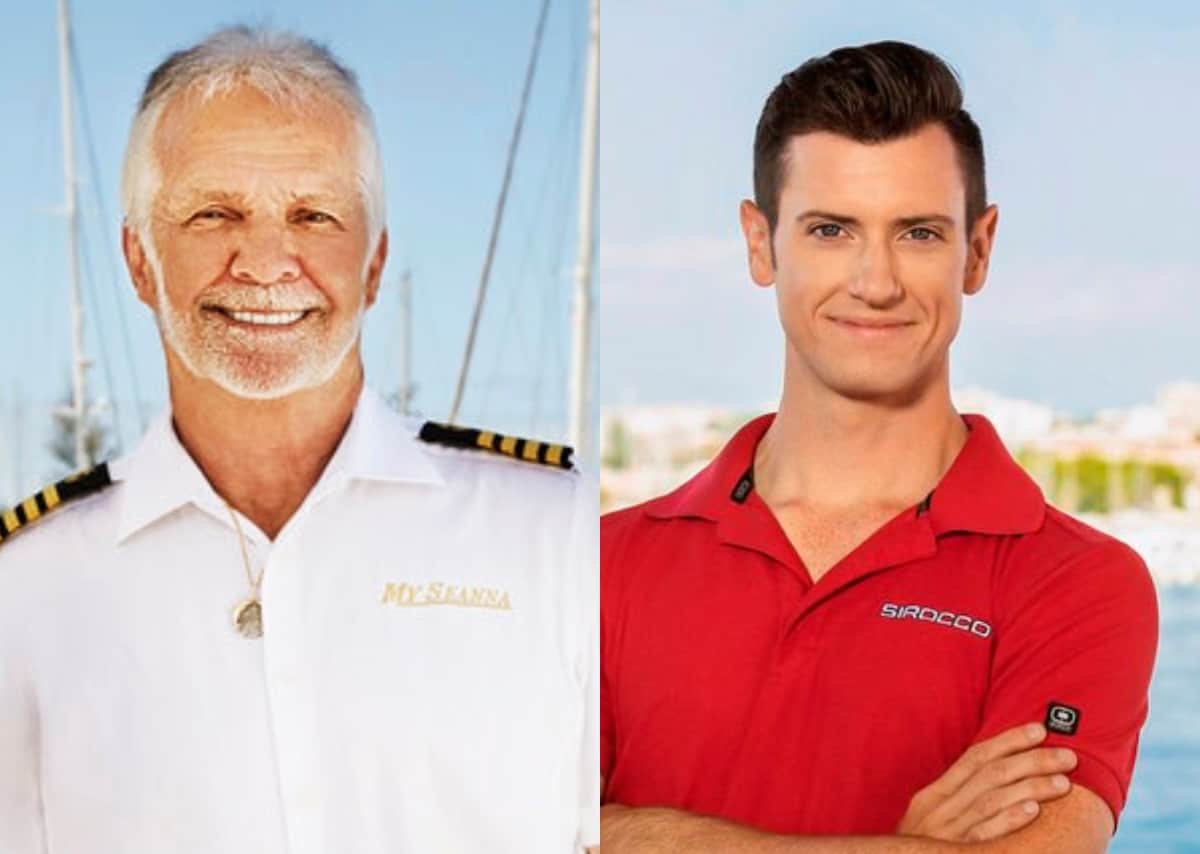 Below Deck stars reveal where production team members spend most of their time while filming a season, plus two new series in the franchise have been announced.

Fans have often wondered where the production crew members hang out when they’re not on the clock, and according to Captain Lee Rosbach and Below Deck Mediterranean alum Colin Macy-O’Toole, they actually spend the majority of their time off the yacht.

When a fan recently asked Captain Lee where the production team sleeps, he simply stated, “Not on the boat.”

Not on the boat. https://t.co/5rwSlRDuRq

According to Bravo, as reported by Showbiz Cheat Sheet, it would be impossible for the entire crew to stay on the boat since there are typically about 50 members of the production team each season.

“With a team so large (and only so much room on the yacht), the entire Below Deck production crew sleeps in hotels,” a producer explained in 2019. “When the yacht is docked, they walk to the yacht. When the yacht is anchored, they take a water taxi.”

Colin has also discussed the complicated setup in the past as he revealed there is another boat that follows the superyacht around each season.

“There’s usually another boat that they rent out that follows us no matter where we are,” he explained. “[The boat] has different [production] crew members on for shifts like breaks and stuff. Like, if they’re on a break, instead of going back to their hotel or land, there’s usually another boat. No matter where we go, they can stay on that boat for like an hour or so until they have to come back.”

In other Below Deck news, it seems the franchise is following in the footsteps of the Real Housewives as NBCUniversal is adding two new series to the franchise. According to Deadline, it has now been confirmed that a new “cold water” series based in Iceland is coming to primetime. There will also be another series set in Australia. The company enlisted to produce the Australian series actually announced the exciting news on April 21 via Instagram.

The new additions make perfect sense because the franchise has turned out to be ratings gold for Bravo. In fact, season five of Below Deck Med broke records for the network as it averaged 2.6 million viewers per episode. Though the ratings for Below Deck season eight weren’t quite as high — with a season-high of 1.547 million viewers — it still surpassed every Housewives series.

During an interview in 2020, Colin first explained why he believes the program is such a massive hit for Bravo, but then he went on to shade the Real Housewives franchise.

He added, “I’m not discrediting the Housewives franchise, but I think [the reason] why we have higher ratings than [the Housewives] is because every season is a fresh start. You always have to have a few returns but then having them interact with new people who they never met before. Plus, the whole work environment is different. It’s not like they’re just hanging out like, ‘Hey let’s go to this dinner party.’ Who wants to watch that?”

RHOD Reunion Recap 2: Kameron and Tiffany Clash and D’Andra Sets the Record Straight About Her Last Name, Plus Brandi Shares if She Will Stay With Brya...