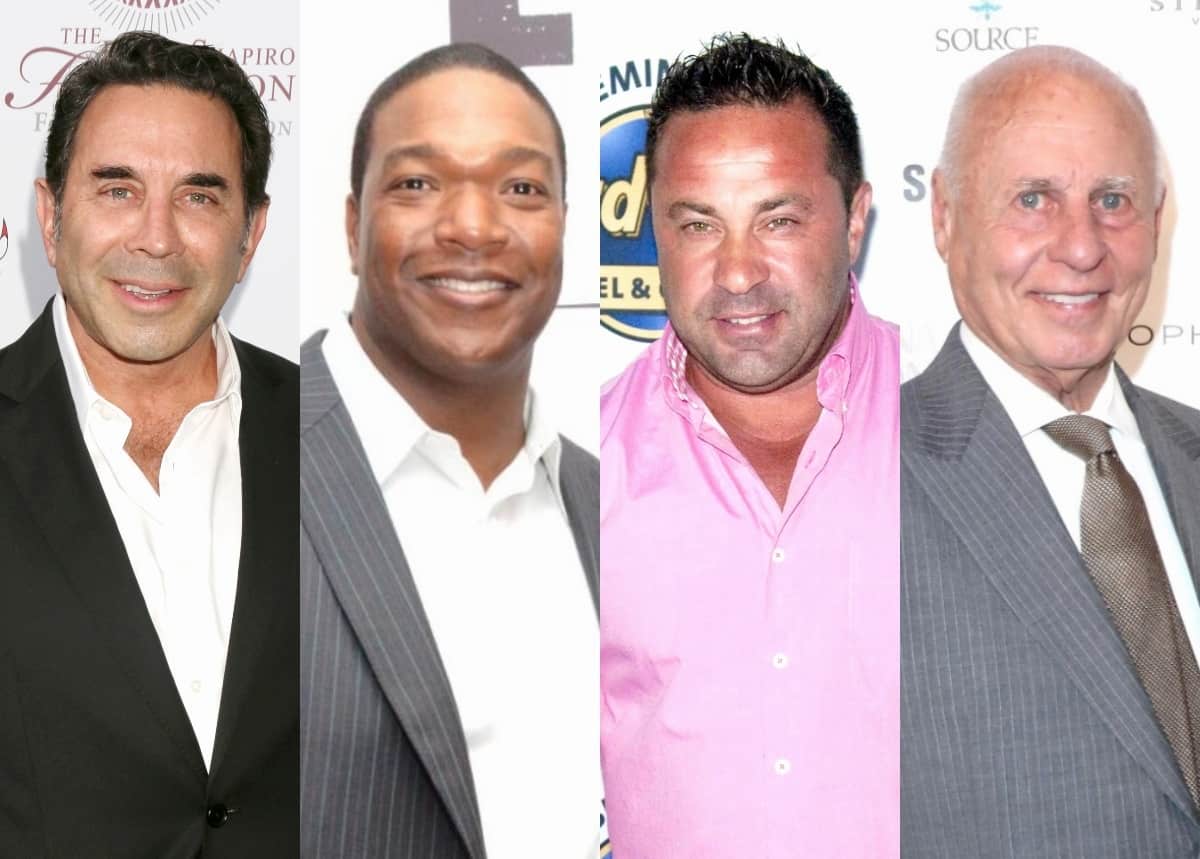 Welcome back to Open Post, Blurbers! For those that are tuning in for the first time, Open Post is a magical place where we provide you with some light fluff, and you can comment on whatever you want, including shows we don’t normally cover on here! It’s also a space to have fun and socialize, so please keep it all about peace and love on here, and save the heated arguments for another website, okay? Okay.

If you have suggestions for Open Post topics, please send them to [email protected], and if they’re good, your wish is our command! So everybody give commenter Copssister a round of applause for coming up with the original idea for today’s topic. Copssister suggested we do a top ten list of the worst Housewives husbands, and while we LOVED the idea, we’re going to add a little positivity to balance things out. So, without further ado, we bring you A Working List of Top Five Best and Top Five Worst Housewives Husbands!

Why a working list, you ask? Well, as most Housewives fans are painfully aware, things can change. If I made a definitive list a year ago, and, say, included Tom Girardi as one of the best husbands because of his wonderful contributions to the legal world on behalf of victims everywhere, well… that’d be EGG ON MY FACE knowing what we know now! So we’re doing working lists, which means there’s a big fat asterisk next to the best and the worst, to account for any potential redemption or ruin in the future. And even though just about every commenter knows about my huge crush on Sharrieff Shah, I’m leaving him off the best list to be safe… in case he had any involvement with Jen’s scheming against the elderly. Alrighty! With all that out of the way, let’s get to it! 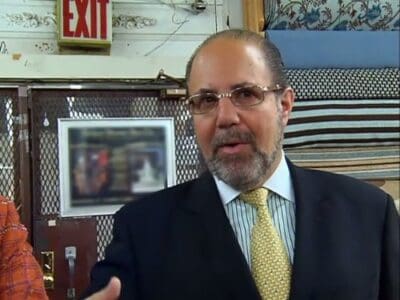 Bobby Zarin of RHONY – Dawww, RIP, Bobby. Even though Jill Zarin was supremely obnoxious during her run on Real Housewives of New York City, Bobby was a soothing presence throughout it all. He was supportive, protective, and nurturing to his family right up to his passing in 2018, and I think I speak for everyone when I say F**K CANCER. 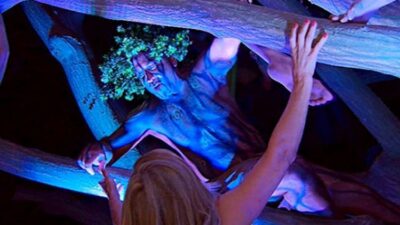 Paul Nassif of RHOBH – When Paul painted his body and pretended to be a tree branch at Adrienne Maloof’s vodka release party, it seemed like a good-natured gesture meant to make his wife laugh. Hoo boy, things didn’t work out that way, but regardless, I like Paul! 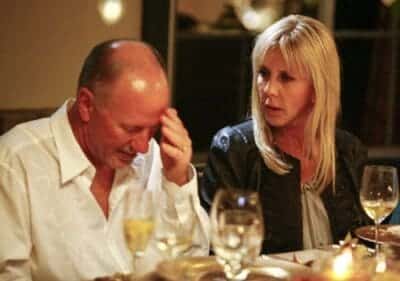 Donn Gunvalson of RHOC – Good ol’ Donnie boy! Vicki Gunvalson really screwed the pooch when she cheated on Donn with Brooks Ayers. After their divorce, there was no one to reign in Vicki’s worst inclinations. Donn was a great time, convinced Vicki not to buy a boat, left well before Vick’s cancer scam, and is living his best life. Can’t do much better than that! 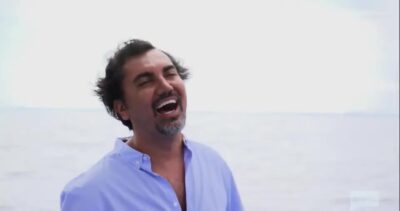 Bill Aydin of RHONJ – I have done such a 180 with Bill since he and Jennifer Aydin first appeared on Real Housewives of New Jersey a few years back. At first, he rubbed me as an awkward, possibly controlling, and humorless plastic surgeon with an ugly house. While I still think the Aydins need to get their furniture situation under control, I really like Bill now! He was a great sport when the other husbands got him hammered on tequila, and he seems like a genuinely nice guy. 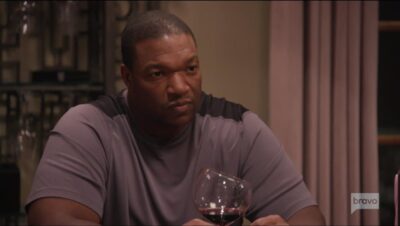 Chris Samuels of RHOP – My favorite moment of last year’s Real Housewives of Potomac reunion was when Andy Cohen tried to make small talk about a basketball documentary, and Chris SHUT THAT SH!T DOWN immediately. He was there to defend his wife, Monique Samuels, and nothing else mattered. SWOON. 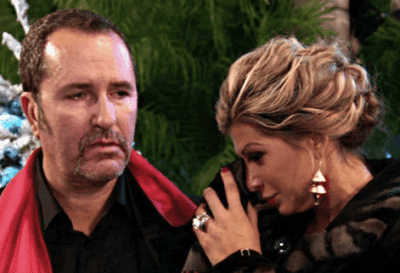 Jim Bellino of RHOC – Ewwww. I’ve never seen a religious dude be that openly piggish about his wife’s ass the way Jim was throughout his time on Real Housewives of Orange County. 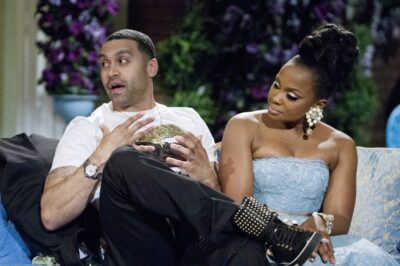 Apollo Nida of RHOA – THIS GUY… is a criminal. A violent criminal at that. When Apollo beat THE HELL out of Brandon DeShazer at the Pajama Party, I stopped thinking he was cute. And then when Apollo was about to go to jail, and he lingered at Phaedra Parks’ house for what seemed like forever, I was immediately triggered and worried for Phaedra’s life until he finally left. 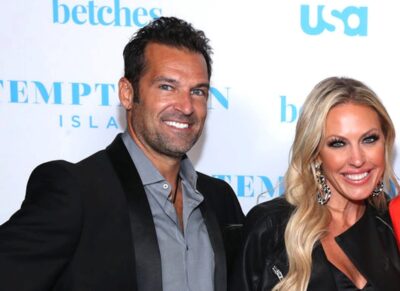 Tie for third place: Sean Burke of RHOC and Michael Darby of RHOP – CREEP AND CREEPIER. (Or is it the other way around?) 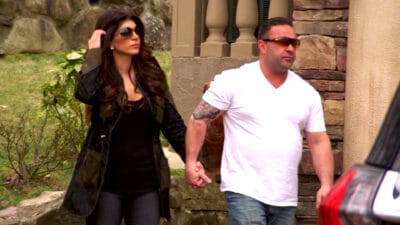 Joe Guidice of RHONJ –  “Hold on, here she comes, my b*tch wife. She’s such a c***.” Not only was Joe charming with his words, he never bothered to obtain U.S. citizenship, so by the time the Feds caught up with his tax fraud, Joe had a major immigration issue on his hands. Now he lives in Italy, permanently separated from his family by an ocean.

I am 100% positive the readers will disagree with me on several of these entries (I can just hear commenter 420 screaming, “WHY isn’t Shane Simpson on the Best List?!?), and that’s what we have the comments section for! Just remember to KEEP IT NICE. Thank you for reading, and enjoy your Sunday, Blurbers!

TELL US – Who is your favorite Housewives husband? Or least favorite husband? What shows are you watching lately?