RHONJ Season 12 Casting News Revealed! Are Caroline Rauseo and Aikisha Colon in Talks to Join? Get the Latest Updates 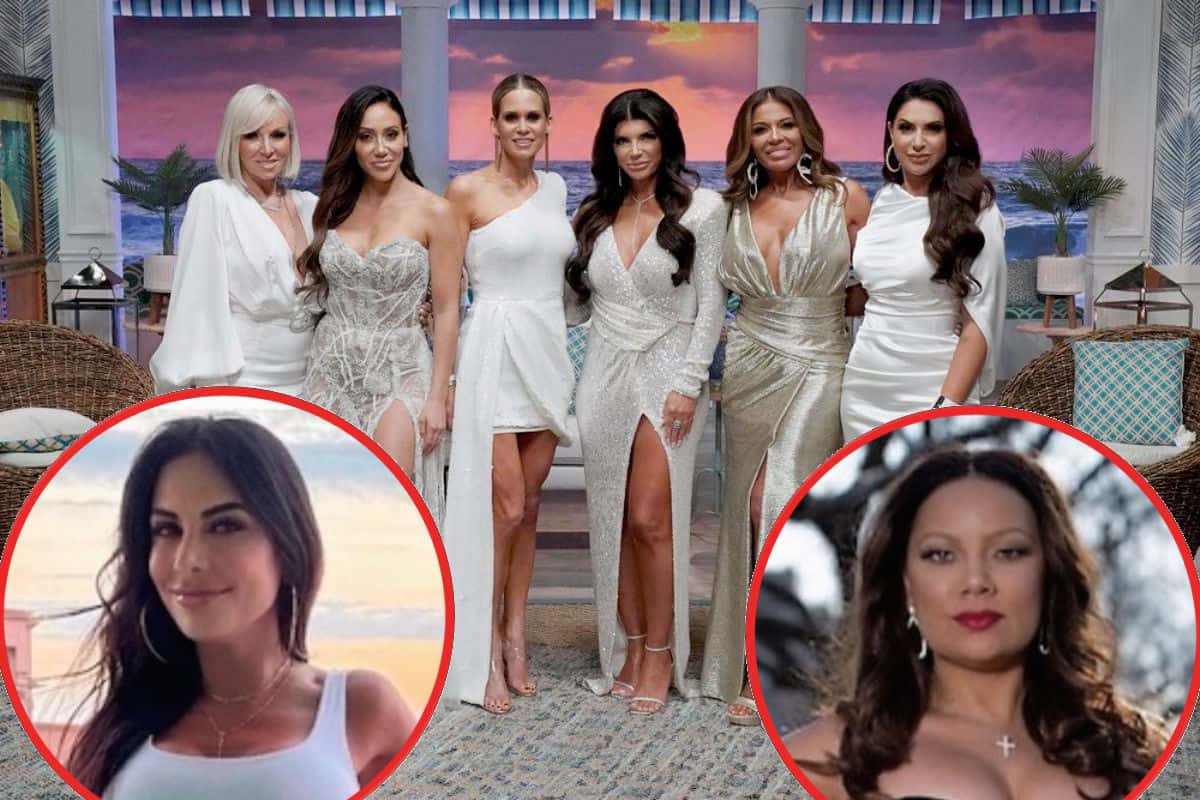 Caroline Rauseo and Aikisha Colon are reportedly in talks to appear on the upcoming 12th season of The Real Housewives of New Jersey.

With filming on the new episodes expected to start sometime this summer, rumors have begun to swirl online suggesting that Caroline, a New Jersey realtor, will appear in a full-time position. There are also rumors that Aikisha, a bar owner, will join as a “friend.”

According to Bravo and Cocktails on Instagram, Caroline’s ties to the current cast run deep. 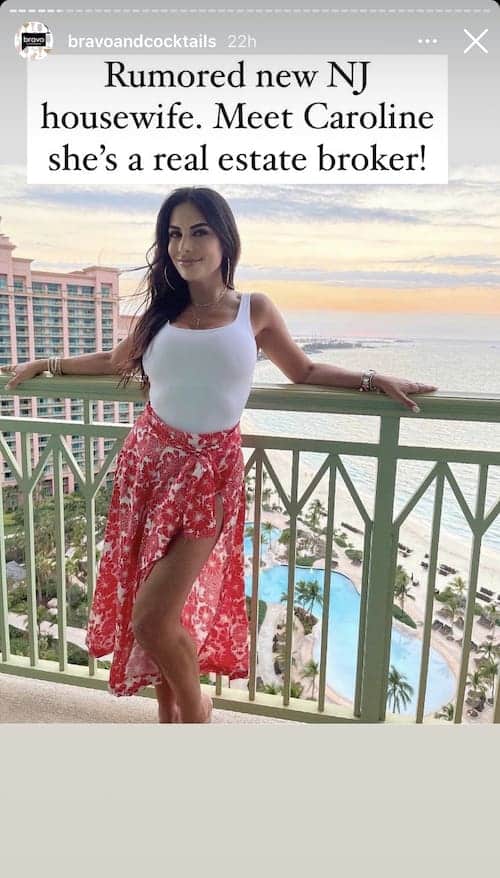 In addition to being followed by Teresa Giudice, Jennifer Aydin, Melissa Gorga, and Dolores Catania, Teresa appears to be quite close to the women, especially Teresa, who she recently traveled with to the Bahamas. 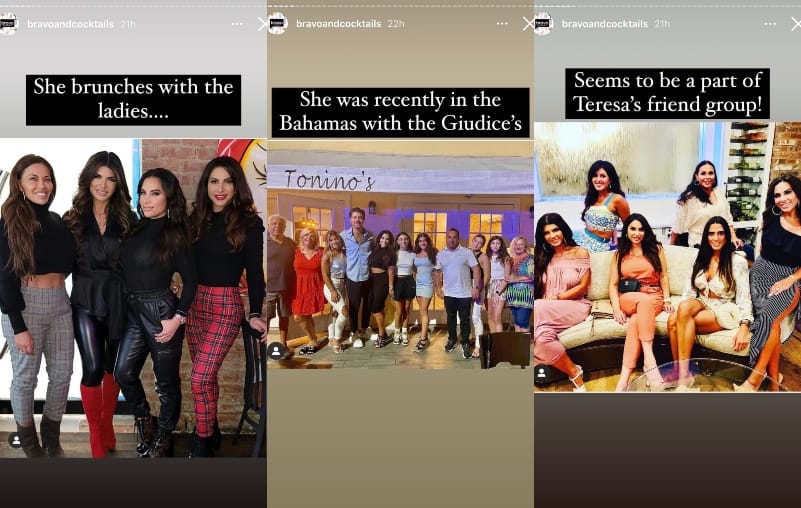 As for Aikisha, who is the wife of retired NFL lineman and current host of Sirius XM’s Barstool Breakfast, Willie Colon, she will reportedly be featured on RHONJ season 12 as a “friend” and has ties to Melissa’s husband, Joe Gorga. 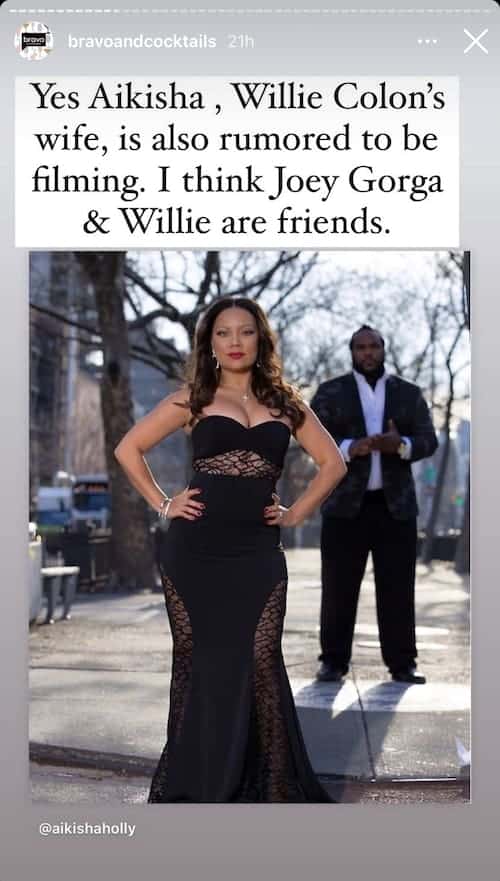 As Bravo and Cocktails went on to explain, Aikisha, a co-owner of Bricks & Hops Beer Garden in the Bronx, New York, is currently pregnant and expecting a baby girl in July. This may be why she’s only in talks for a “friend” role as opposed to a full-time position on season 12. 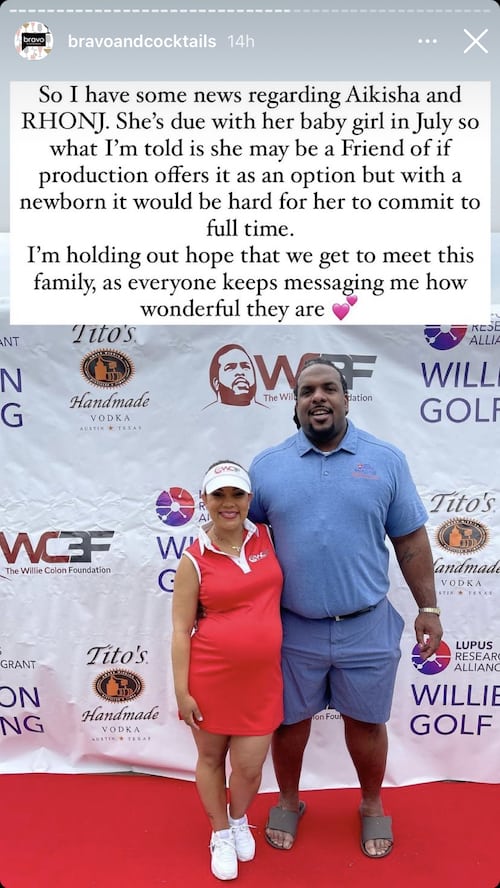 Aikisha is followed on Instagram by Melissa and Margaret Josephs.

Amid the claims of Bravo and Cocktails in regard to the RHONJ season 12 cast, Bravo Housewives on Instagram also shared another claim about the upcoming episodes. They suggested that when it comes to the full-time cast, which currently consists of Teresa, Melissa, Jennifer, Dolores, Margaret, and Jackie Goldschneider, that will remain completely the same.

“However, there may be added friends of the wives in part-time roles,” the page suspected.

Bravo has not yet commented on any casting rumors about the upcoming season of The Real Housewives of New Jersey.