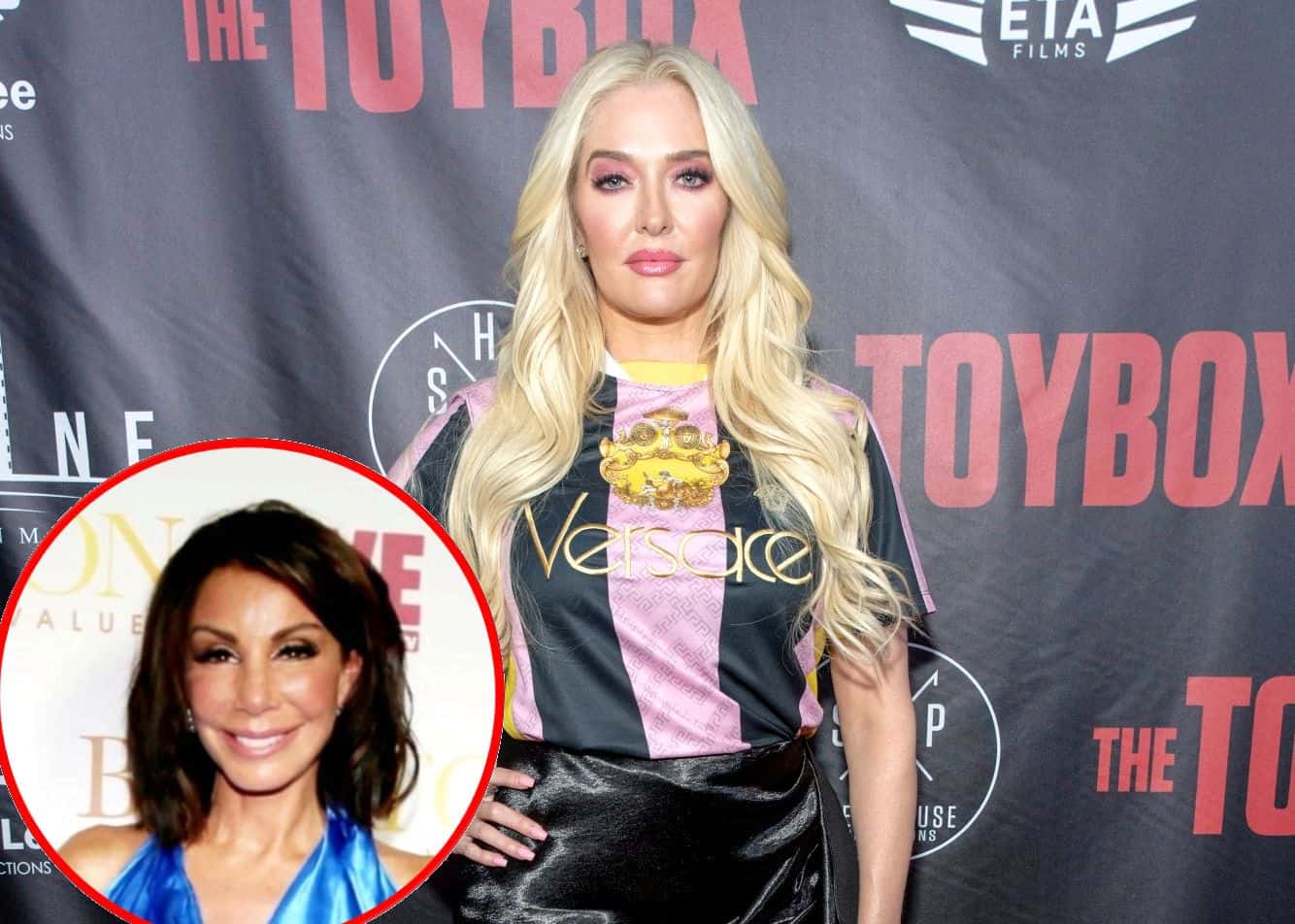 Erika Jayne is seemingly itching to speak out amid her ongoing legal woes as she throws shade at those who have weighed in on the scandal.

As the Real Housewives of Beverly Hills star continues to face allegations that she helped her estranged husband, Thomas Girardi, hide millions of dollars that he allegedly embezzled from his clients, she’s voicing her frustration with the situation on Twitter.

Erika was clearly not in the mood for any grief Tuesday night as she fired off a series of tweets regarding her current dilemma.

“I watched these people talk about me on TV like we were friends,” she wrote in one tweet, also sharing a GIF of the Joker. “Truth is, I don’t know them. Bizarre.” 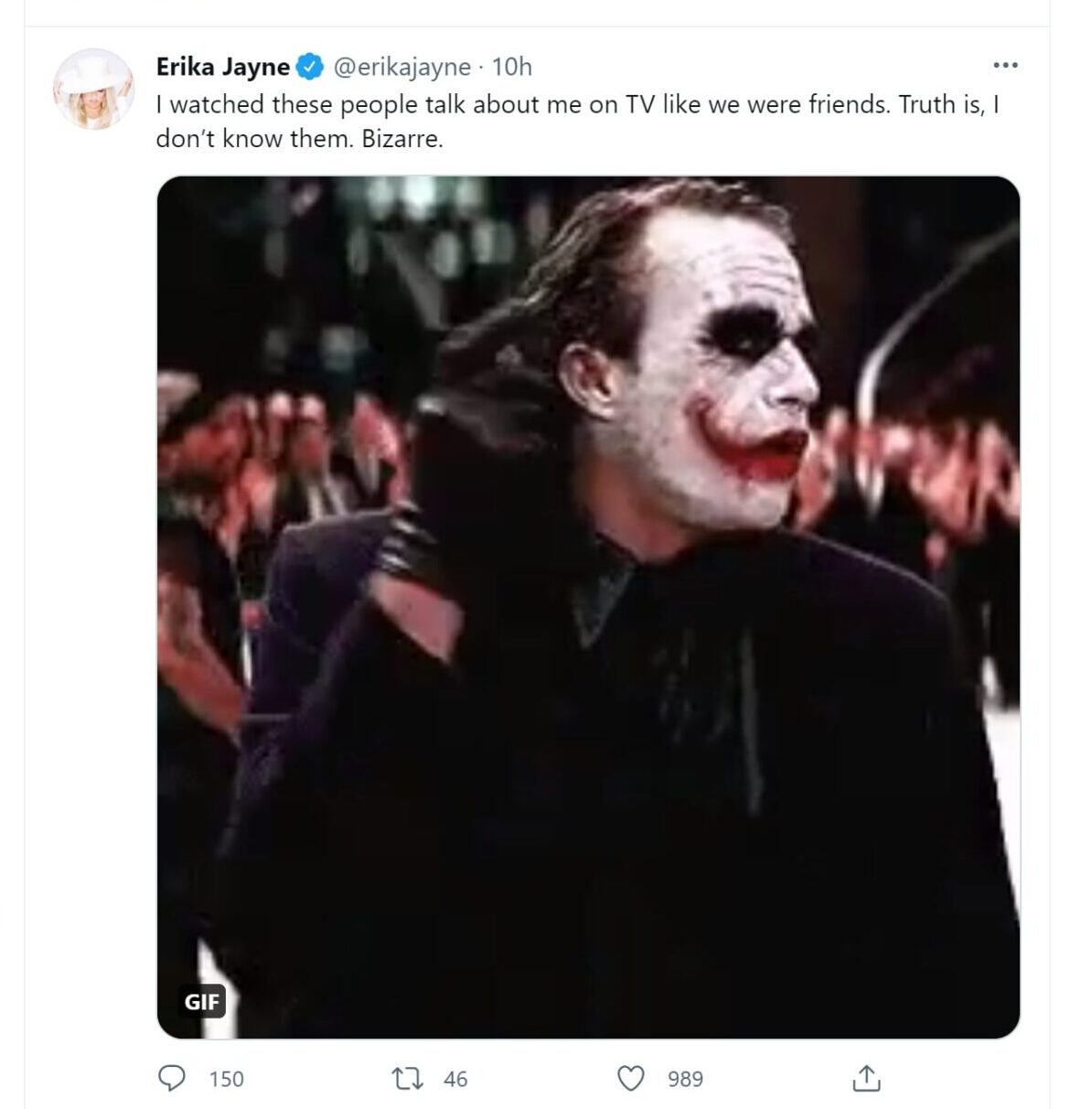 Though she didn’t name any names — as it would be impossible to name them all — it’s possible the message was directed at those who participated in the Housewife and the Hustler documentary, including former Real Housewives of New Jersey star Danielle Staub.

If fans recall from the Hulu doc, Danielle slammed Erika for her behavior amid the scandal, but she admitted she had only met the “Pretty Mess” singer while appearing on Watch What Happens Live. Danielle also alleged that she and Erika worked at the same strip club but just not at the same time.

Then, in a separate tweet, the reality star said she’s ready to express her feelings but claimed she’s unable to do so.

“Ever wanna tweet your real feelings but you can’t? That’s me,” she wrote, adding a sunglasses emoji.

Erika didn’t stop there, though, as she also poked fun at the unflattering pictures of her that have been circulating online. As fans well know, photos of the star out and about, pumping gas or running errands, have been making the rounds on social media, which many have turned into GIFs.

“It was a BIG day. I went to Pavilions AND Trader Joes….  Pics to follow,” she tweeted.

She followed that up with another tweet, writing, “I did get my car washed which is also IMPORTANT.”

It’s no secret that Erika has taken a beating online, and just recently, she received a death threat from a crazed fan who claimed he was “gonna enjoy watching a 357 put in your head,” before adding, “Rich people can get shot in the f-cking face too.”