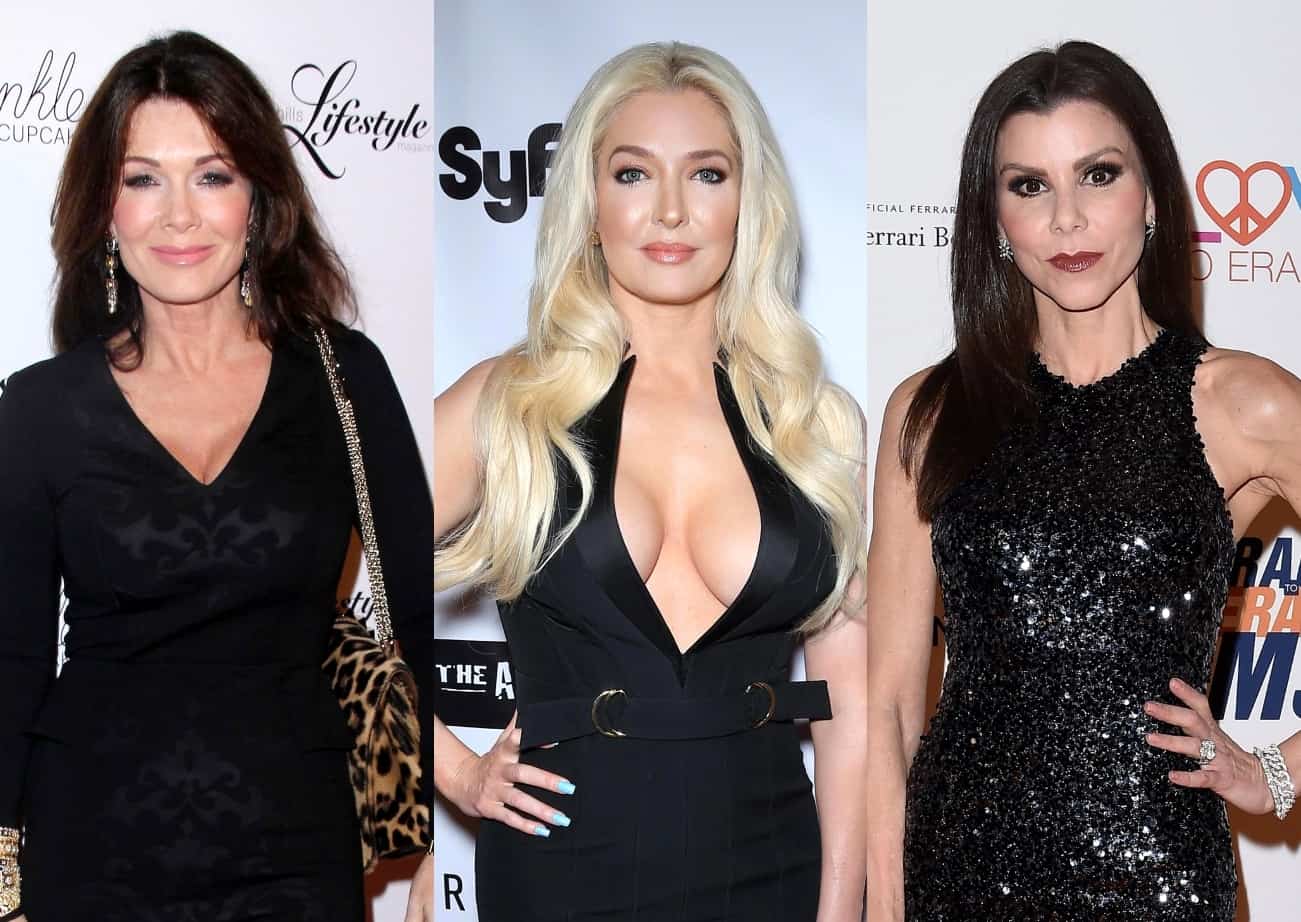 Following news of Heather’s return to RHOC, Lisa invited her longtime friend to chat on her podcast. After the women dished on their lives prior to becoming Bravo stars, the duo discussed whether they ever feel guilty for spoiling themselves.

“I think if you work for something, you’re a good person, you give back to the community, and you’re philanthropic, [then] if you want to spoil yourself, you worked for it,” the Vanderpump Rules matriarch said on her All Things Vanderpump podcast before going on to shade Erika.

“I’m not stealing it or taking money that’s not mine, or taking someone else’s money,” she declared, adding, “I know what we’re talking about. We’re not gonna go there.”

Heather then chimed in by stating she knows “nothing,” but Lisa teased that she knows “a little bit.”

This isn’t the first time Lisa has weighed in on Erika and Thomas Girardi’s legal scandal as she previously told Andy Cohen on Watch What Happens Live that she feels horrible for Thomas’ former clients.

“It’s been absolutely fascinating this whole thing, the way it’s played out, but I actually just feel so bad for the victims… as they’ve just been watching this unfold,” she stated during a March episode.

She added at the time, “I just don’t understand all that $40,000 a month glam squad but when you see these poor people. It’s very devastating.”

Meanwhile, also during Lisa’s podcast, Heather recounted the first time she was offered a position on RHOC. However, she didn’t get the gig at the time because producers believed another woman was a better fit for the show.

“Before Coco was born, [producers] had called Terry [Dubrow‘s] office and asked about Dr. Dubrow’s wife. And at that time I had three kids at home, and I was like, ‘Oh a TV show? How fabulous! I’m in!'” she shared. “And I did an interview with them, and at the end of the day, they said I was too New York. They hired Alexis Bellino.”