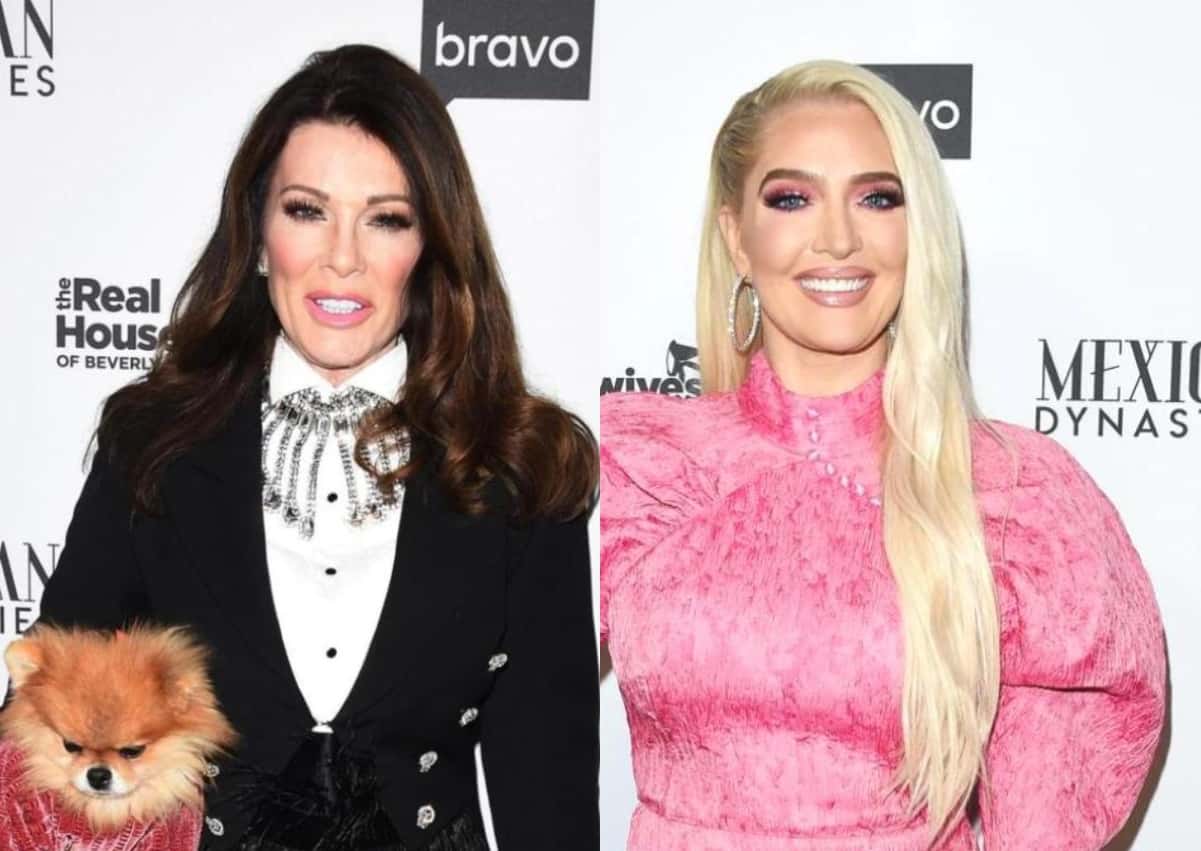 Lisa Vanderpump reacted to Erika Jayne and her estranged husband Thomas Girardi‘s legal drama during an appearance on Watch What Happens Live on Tuesday night.

Months after the couple was accused of embezzling millions from Thomas’ former clients, the ex-Real Housewives of Beverly Hills cast member slammed her $40,000 glam budget while also taking aim at Kyle Richards, weighing in on Kathy Hilton‘s addition to the show, and revealing which Vanderpump Rules pregnancy surprised her the most.

“It’s been absolutely fascinating this whole thing, the way it’s played out, but I actually just feel so bad for the victims… as they’ve just been watching this unfold,” Lisa told host Andy Cohen on March 23 of the allegations being made against her former castmate.

According to Lisa, she’s further disturbed by the fact that Erika was spending so much money on herself when her and her husband’s crimes were reportedly taking place.

“I just don’t understand all that $40,000 a month glam squad but when you see these poor people. It’s very devastating,” she shared.

In addition to throwing some shade in Erika’s direction, Lisa also made it clear that she is still at odds with Kyle when a fan wrote into WWHL and wanted to know what she would do if the two of them were trapped in an elevator.

“I’d look for the escape panel first and then I might ask her to give me a leg up to stand on her shoulders, maybe,” Lisa replied. “What is there to say? I think the only thing that can be said has got to start with an apology. If somebody calls you a liar, no. It’s not okay with me.”

Despite her years-long feud with Kyle, Lisa told Andy that she has no problem at all with Kyle’s half-sister, Kathy, who was added to the RHOBH cast last year ahead of production on season 11.

“I love Kathy. I think that’s a very positive aspect to it,” she said of the upcoming season.

“People ask me all the time, am I going back? It’s been such a long time and I’ve just got a lot going on. I’ve been writing a book and everything. But I do love Kathy,” Lisa continued, adding, “If you could get rid of the other five, then I think, yeah, it’s a possibility.”

As for the upcoming ninth season of Pump Rules, which has yet to go into production, Lisa said that while she and her castmates aren’t filming yet, they’re “getting there.”

“We’re heading towards the right direction but I think Bravo’s got to announce when they’re ready to do that,” she teased.

Looking back over the past several months, Lisa admitted that while she wasn’t surprised by the pregnancies of Brittany Cartwright and Lala Kent, Scheana Shay caught her a bit off guard when she announced her baby news in October of last year.

“It seemed so quick being in such a new relationship [with boyfriend Brock Davies] and Scheana does fall in love pretty often, as we know, so the fact that she really made this commitment, one minute she’s freezing her eggs, the next minute they were fertilized and she’s going to be ready to pop soon,” Lisa stated.

“I expected it from Jax and Brittany. Lala, I knew she was heading in that direction,” she added.

“I speak to [Camille Grammer] sometimes and Joyce Giraud is one of my very, very best friends even though she was only on Bravo for a minute,” she said.