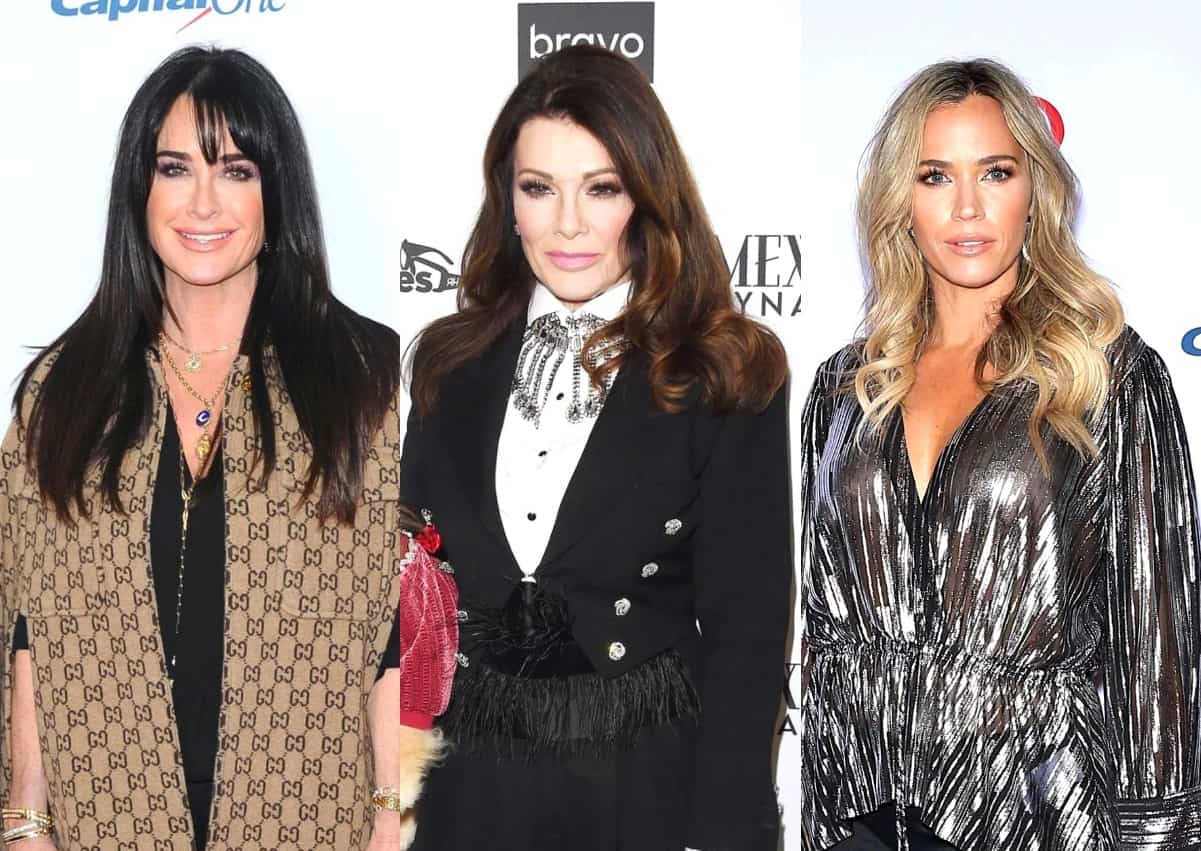 Kyle Richards is firing back after an Instagram user posted a shady message on her recent birthday tribute for her longtime friend and Real Housewives of Beverly Hills co-star, Teddi Mellencamp.

After Kyle shared her birthday message to Teddi, which included a video of the two of them dancing to Teddi’s dad John Mellencamp‘s hit track “Jack and Diane” in their swimsuits, Kyle was forced to clap back at the troll, who suggested that Lisa Vanderpump was a better friend to her than Teddi.

In Kyle’s birthday message to Teddi, which also included a second video of the two of them singing and a photo of them posing with their RHOBH castmates, Lisa Rinna, Erika Jayne, and Dorit Kemsley, Kyle joked that she did not have any videos of their controversial “couples therapy” session.

“You’re an amazing friend, mother & wife. Thank you for always making me laugh & being there for me. Love you. P.S nobody plays the air flute like you,” she wrote.

“[Lisa Vanderpump] was a better best friend to you,” the hater alleged.

“You should know I guess …” Kyle replied. 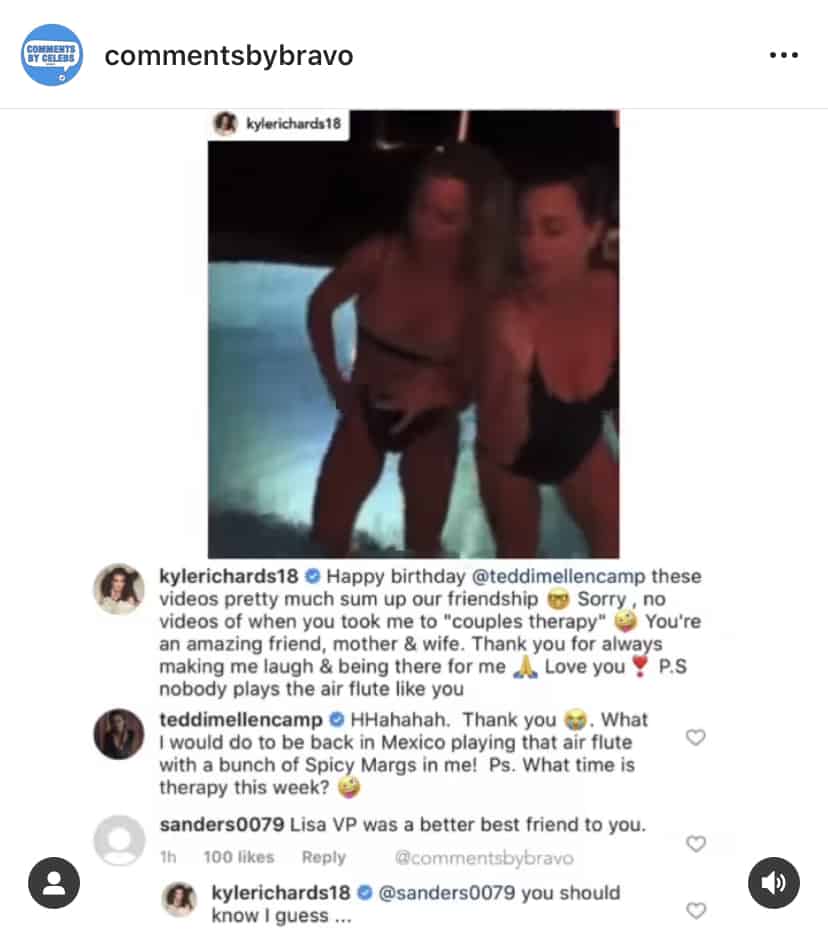 In response to Kyle’s birthday wishes, Teddi thanked her for the kind post before joking about an upcoming therapy session.

“HHahahah. Thank you. What I would do to be back in Mexico playing that air flute with a bunch of Spicy Margs in me! Ps. What time is therapy this week?” she asked.

During the ninth season of RHOBH, which aired last year, Kyle and Lisa suffered a falling out after years of friendship after Kyle confronted Lisa with her suspicions regarding a potentially leaked story about Dorit and the dog she was accused of abandoning after adopting the animal from Vanderpump Dogs.

The Real Housewives of Beverly Hills season 10 returns to Bravo on July 8 at 9 p.m. with a new episode following a weeks-long hiatus prompted by production delays.