Home Real Housewives of Beverly Hills News Lisa Vanderpump Slams Kyle Richards for Turning on Her as She Was Mourning and Shades Her for Talking About Her Behind Her Back, See How Lisa Rinna Fired Back at Her Former RHOBH Cast Mate

by Lindsay Cronin May 25, 2020 231 comments
ShareTweetWhatsappPinterestRedditTumblrMailFlipboard 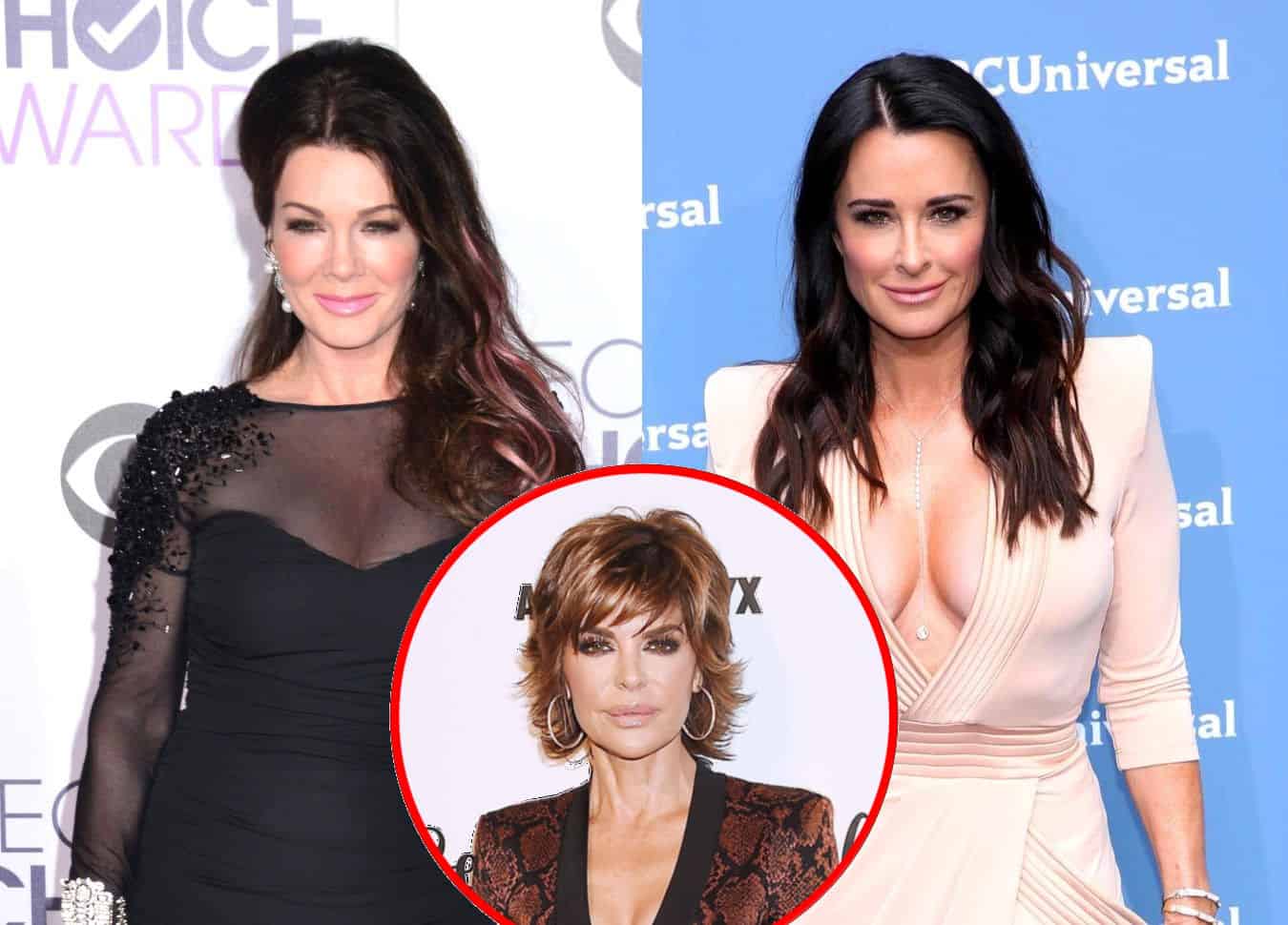 Lisa Vanderpump recently caused a stir on Twitter when she agreed with a fan who called out Kyle Richards for failing to be a good friend to her when she needed her the most.

After Kyle shared a tweet during last week’s episode of The Real Housewives of Beverly Hills in which she suggested Lisa Rinna should have had her back amid her dinner party dispute with the cast, Vanderpump responded to the apparent irony in a series of tweets. Plus, Rinna also clapped back with an allegation against Vanderpump on Instagram.

After Kyle said last week that she couldn’t think of one time anyone defended her and suggested it was a good time for Rinna to have her back, a fan pointed out that Kyle turned on Vanderpump when she was mourning the loss of her brother, Mark Vanderpump, and going through a difficult time during RHOBH season nine.

“You all turned on her like a pack of wolves,” the fan noted. 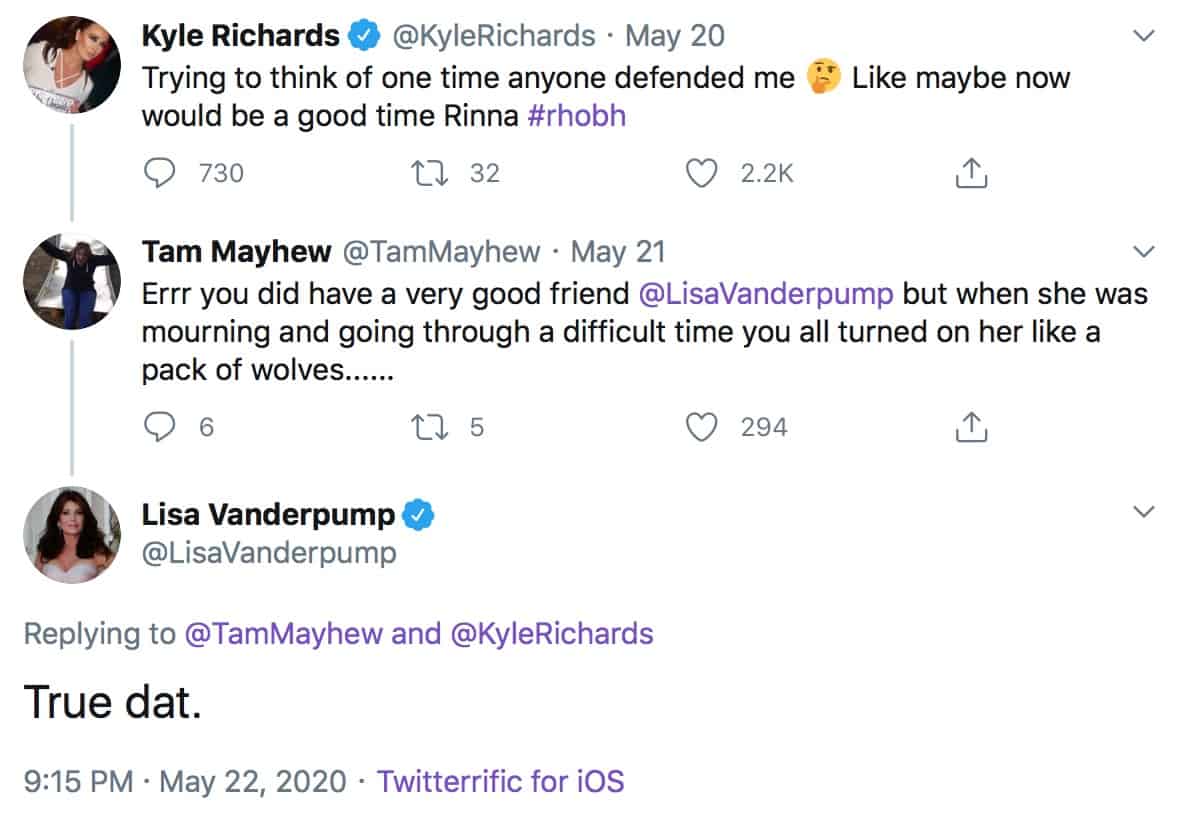 Vanderpump also responded to a fan who slammed Kyle for “constantly talking about LVP behind her back.”

“LVP never had a bad word to say about Kyle and if she did she said it to her face. Kyle always been wanting ppl to almost not like Lisa or something it’s so strange,” the fan stated. 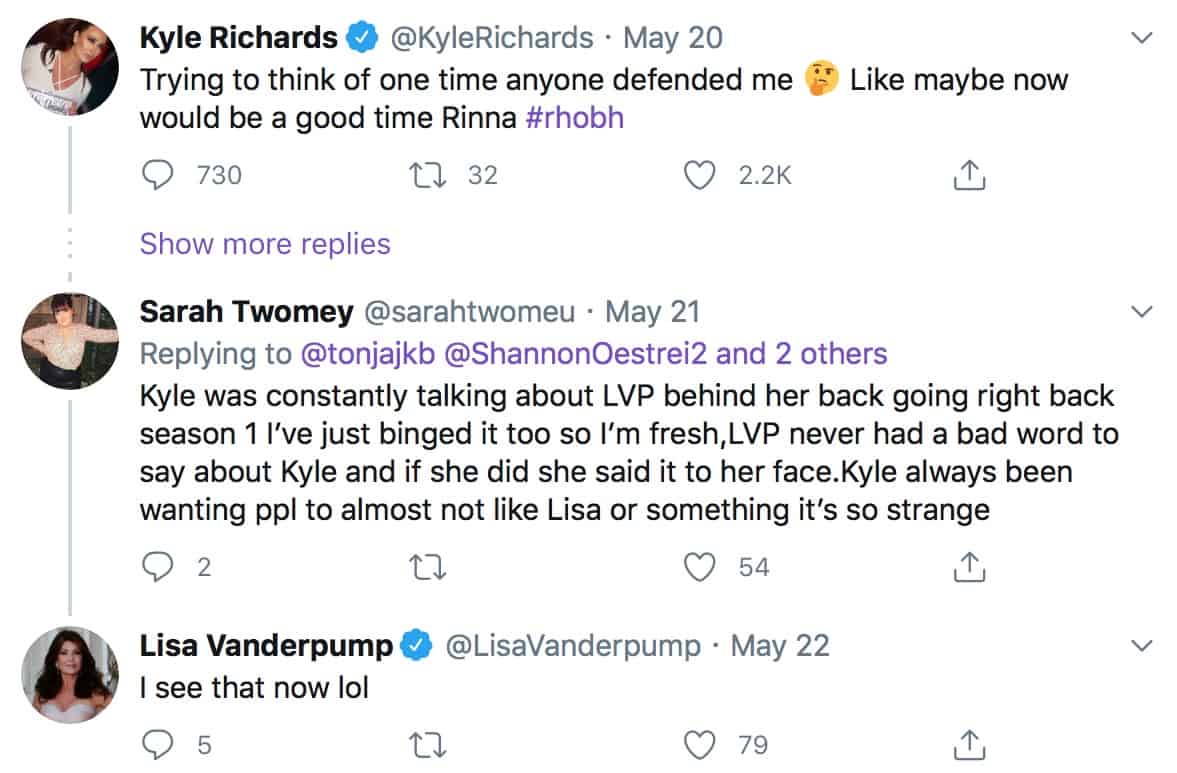 While Kyle has not yet responded to Lisa’s Twitter disses, Rinna shared her thoughts on Instagram after the first exchange was shared on the Comments by Bravo account by seemingly accusing Vanderpump of slamming Kyle in an effort to get back in the spotlight after leaving RHOBH last June.

“Someone misses being on a hit TV show,” Rinna wrote.