by Lindsay Cronin May 21, 2020 194 comments
ShareTweetWhatsappPinterestRedditTumblrMailFlipboard 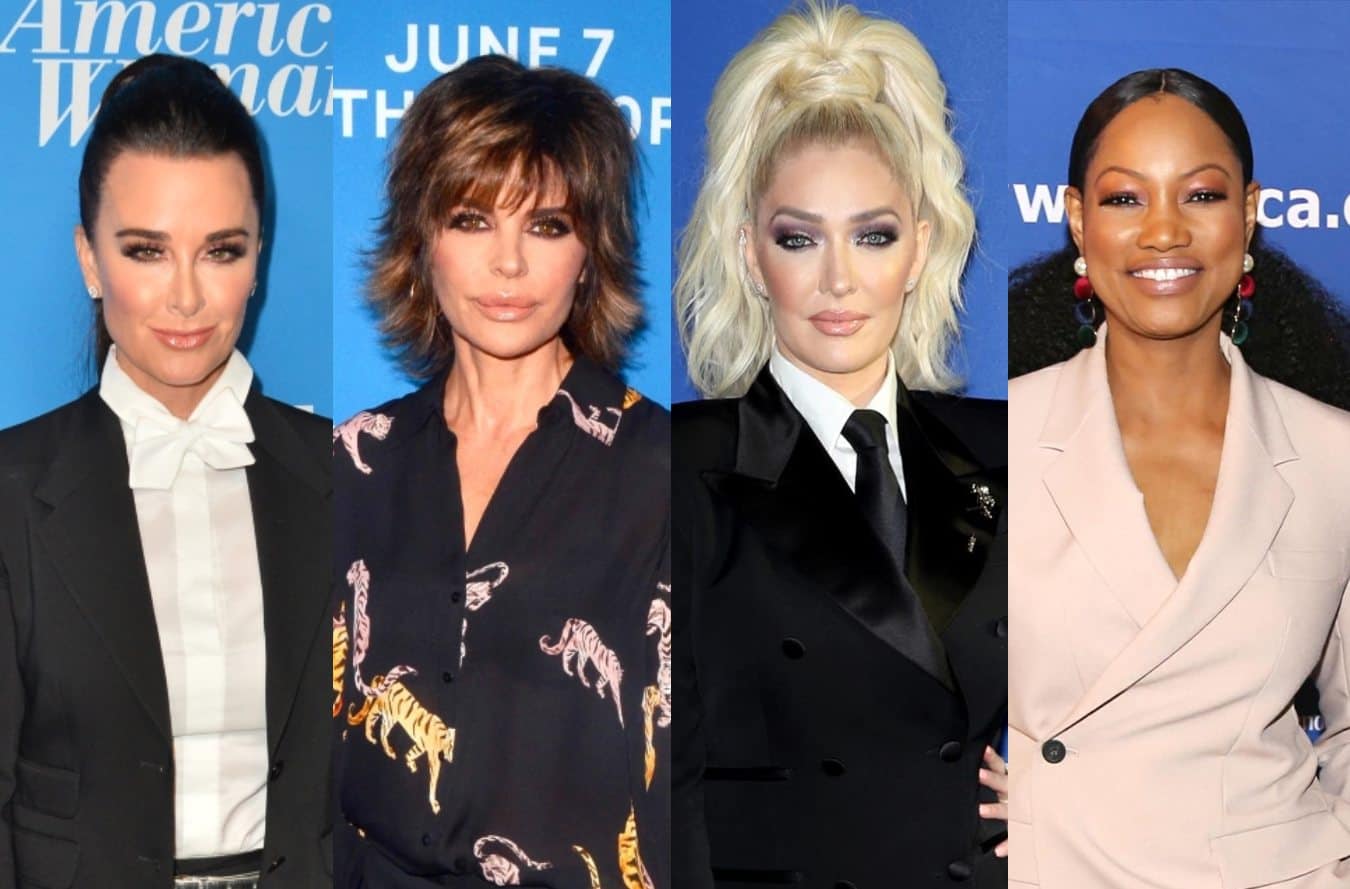 Kyle Richards wasn’t pleased with the behavior of her co-stars, Erika Jayne and Lisa Rinna, during Wednesday night’s episode of The Real Housewives of Beverly Hills.

After the ladies agreed with Dorit Kemsley that Kyle’s friendship with Teddi Mellencamp is a bit weird, Kyle called them out for being hypocritical and wondered why no one had her back before taking aim at Garcelle Beauvais‘ style and reminding viewers that she had Dorit’s back against Lisa during season seven after she was questioned about potential cocaine use.

“It’s not lost on me that while Erika and Rinna are agreeing that my friendship with Teddi is ‘weird’ they are actually dressed like twins,” Kyle wrote in one May 20 tweet.

In a second, she called Lisa out for failing to defend her at the astrology party.

“Trying to think of one time anyone defended me… Like maybe now would be a good time Rinna,” Kyle said. 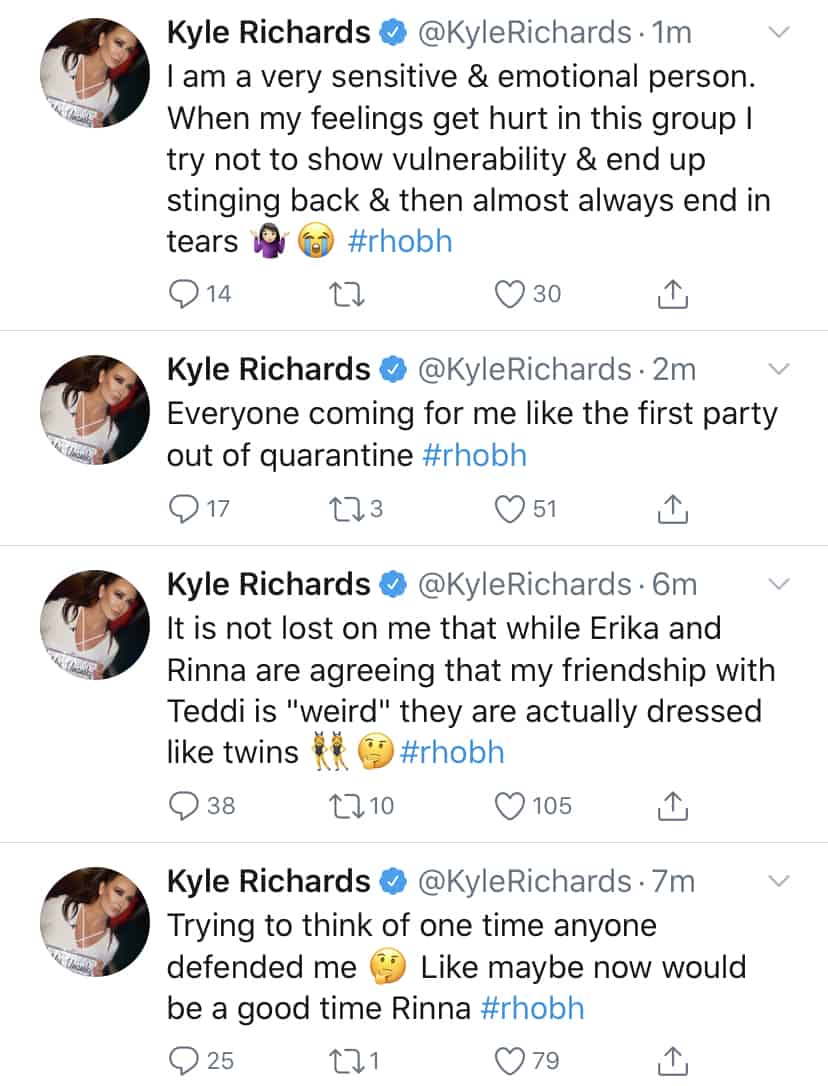 Kyle also took aim at Garcelle in a series of tweets after seeing that she suggested Kyle was ignoring her and focusing only on herself after they previously got along.

“Garcelle snickering that my outfit is hideous while wearing stretchy purple knee high boots with a pink suit dress… that her stylist picked for her,” Kyle shared.

“I have been nothing but nice to Garcelle,” she continued. “Go back and watch the prior episodes.” 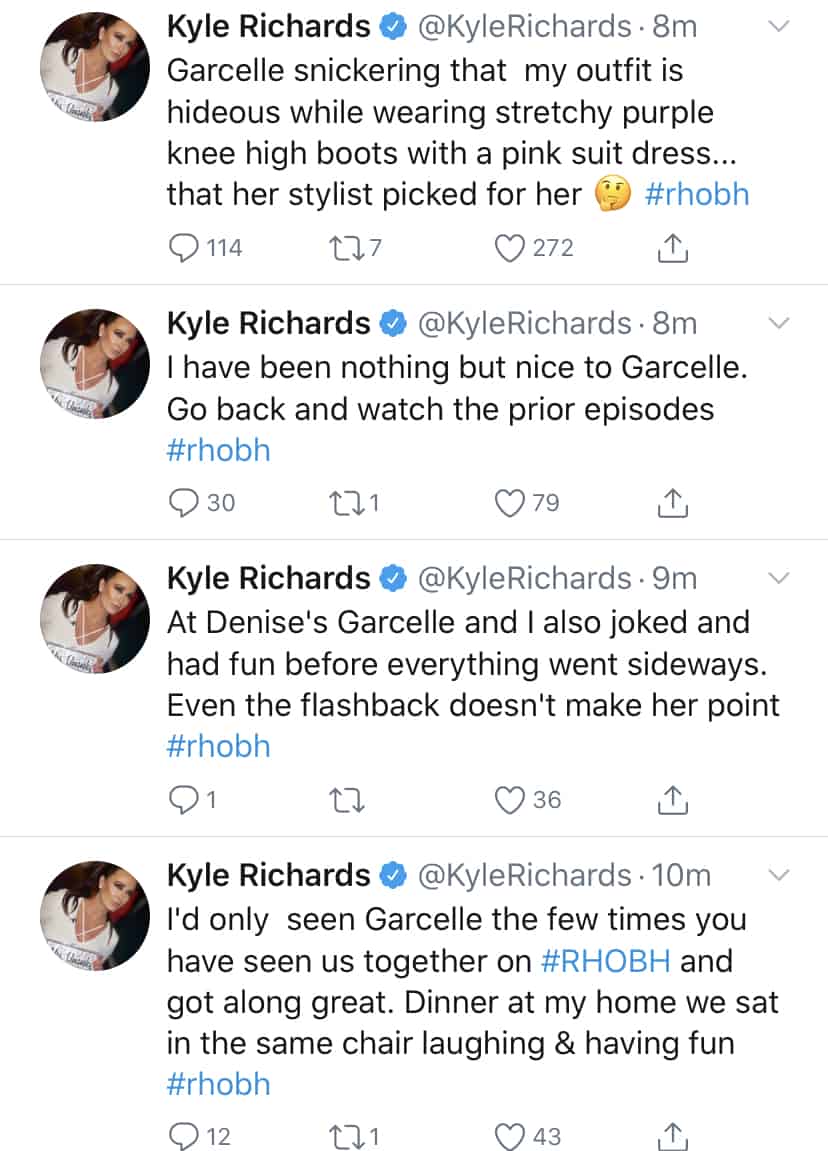 According to Kyle, the ladies’ behavior at the astrology party was completely ridiculous.

“I would say this is so ‘high school’ but I don’t want to offend high schoolers with this ridiculousness,” she said. 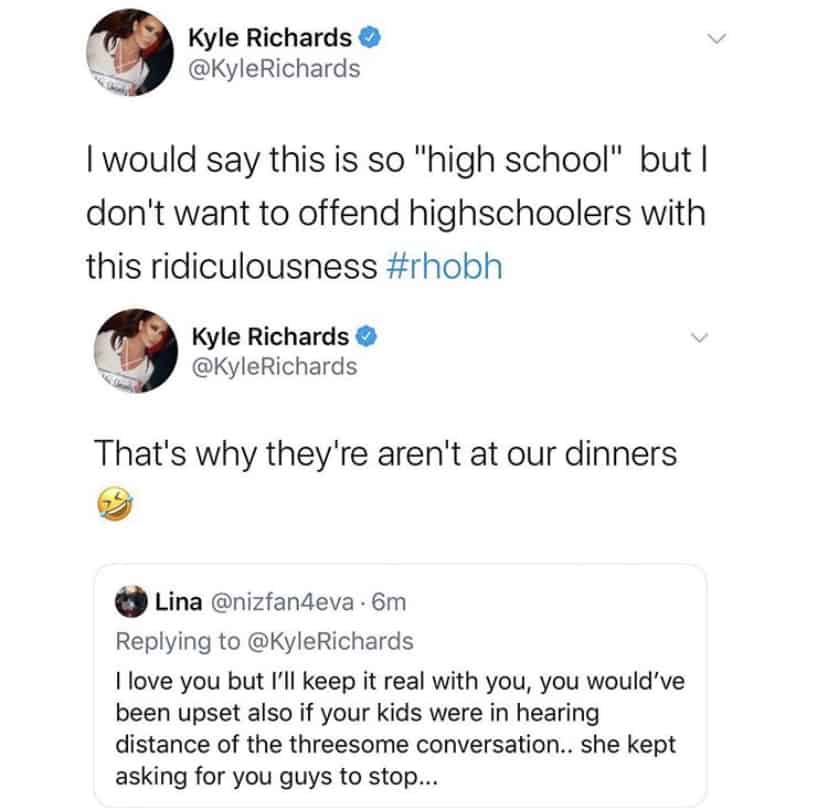 In another Twitter post, Kyle fought back against Dorit’s claims that she doesn’t blindly defend anyone in the way she defends Teddi by bringing up a moment from RHOBH season seven in which Lisa questioned Dorit about drug use she believed was happening in her bathroom.

“And that was another time I defended Dorit,” she tweeted.