by Lindsay Cronin May 28, 2020 233 comments
ShareTweetWhatsappPinterestRedditTumblrMailFlipboard 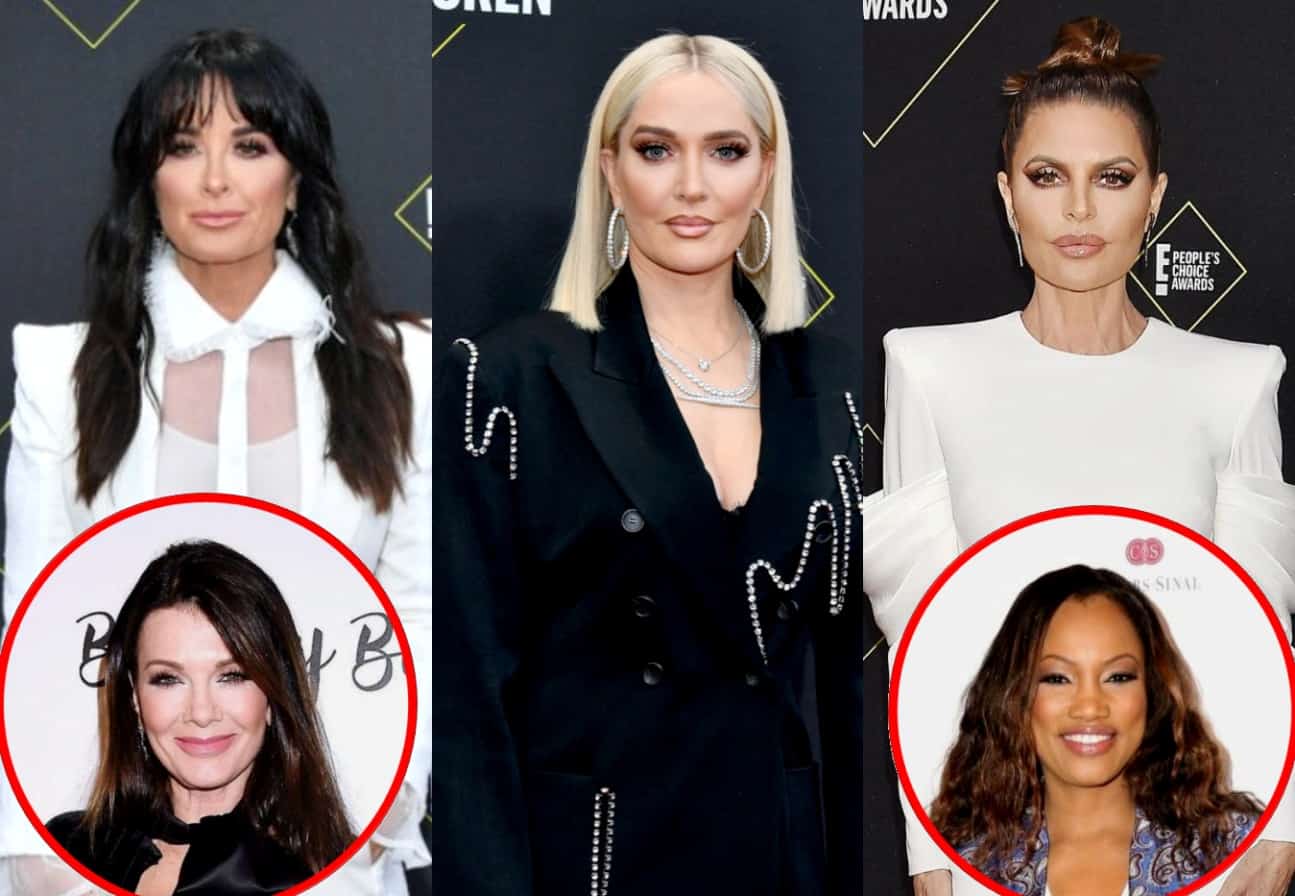 Kyle Richards believes the cast is treating her unfairly when it comes to her friendship with Teddi Mellencamp.

Following Wednesday night’s episode of The Real Housewives of Beverly Hills, which featured the cast rehashing a number of issues during a girls’ trip to Santa Barbara, Kyle explained her comment about Erika Jayne not having “close friends,” reacted to a fan who said she was a “good friend” to Lisa Vanderpump during season nine, and seemingly shaded Garcelle Beauvais for being two-faced.

“I said maybe you don’t have ‘CLOSE friends’ Because I couldn’t understand why people think my friendship with Teddi is weird,” Kyle explained on May 27.

According to Kyle, the RHOBH cast has chosen to put a spotlight on her friendship with Teddi, even though Erika and Lisa Rinna appear to be just as close. In fact, Kyle shaded Erika and Rinna as a “package deal” in another tweet.

“Some could argue that Erika and Rinna are a package deal. And that’s totally ok,” she noted.

Kyle then addressed her past relationship with Vanderpump — which came to an end during season nine after Kyle confronted her former co-star about her potential role in a story slamming Dorit Kemsley for abandoning a dog she adopted from Vanderpump Dogs — by responding to a fan who applauded her as a “good friend.”

“#FACT- [Kyle Richards] was a good friend to [Lisa Vanderpump] – she went over to the house to TRY to get the TRUTH. Kyle has never been a bad friend to ANYONE on the franchise- even w/ her sister she’s teetered the line for her friends + tried protecting everoyne [sic]. Enough is enough,” the fan wrote.

“Thank you,” Kyle replied, along with a praying hands emoji. 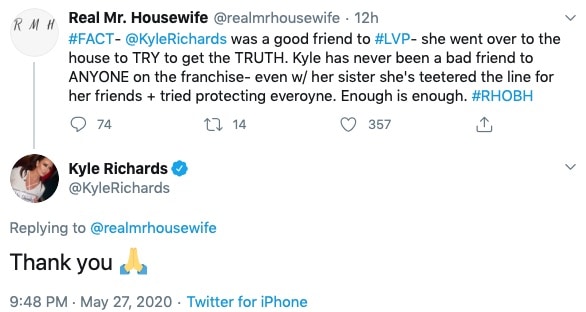 Also on Twitter, Kyle appeared to throw some major shade at Garcelle for acting one way to her face and another way behind her back.

“I forget about Garcelle. She says ‘I miss you guys’ yet she bashed you in the car ride the party before. I don’t trust her,” a fan shared.