by Cynthia Cook May 23, 2020 161 comments
ShareTweetWhatsappPinterestRedditTumblrMailFlipboard 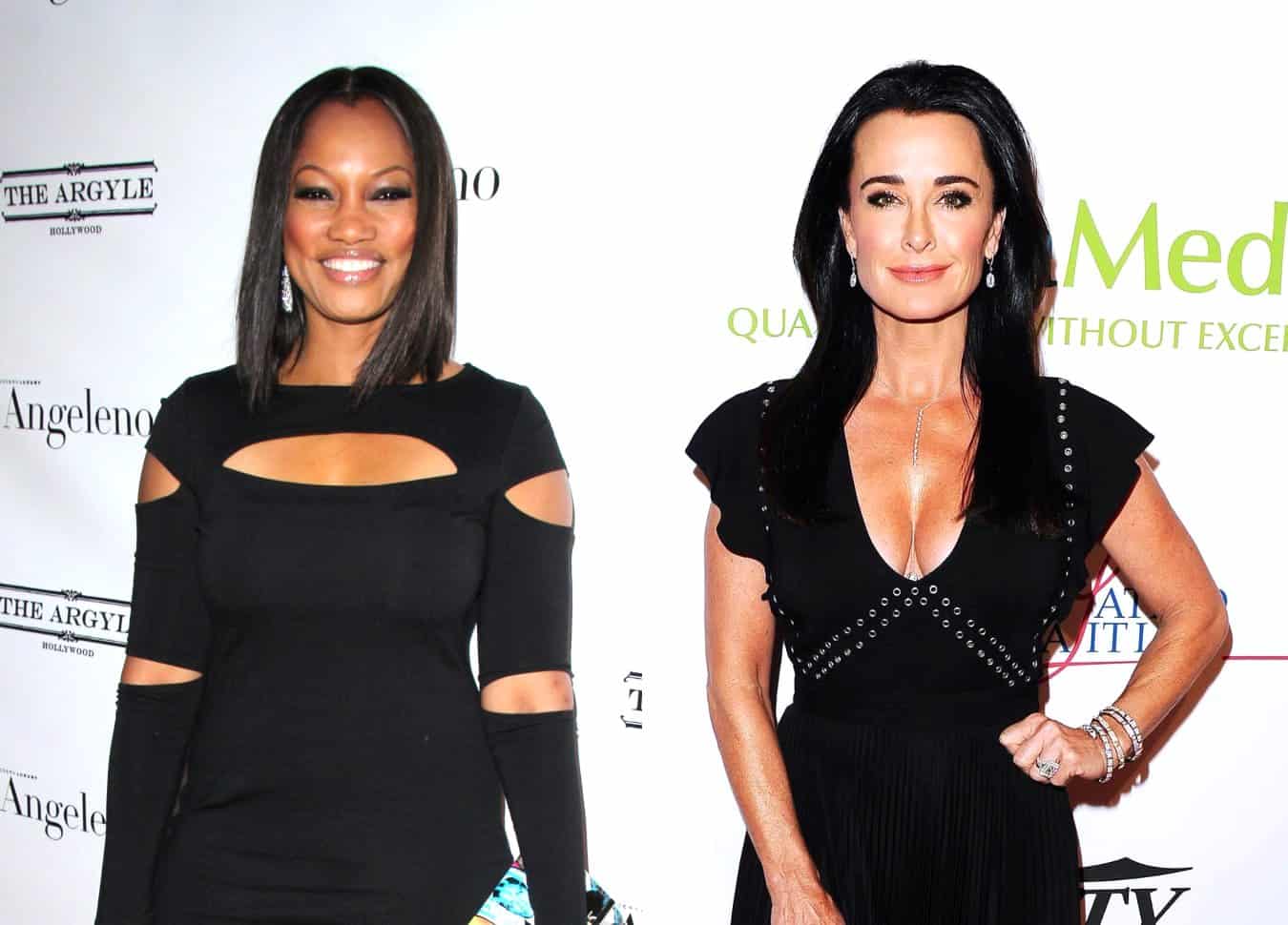 Garcelle Beauvais is clapping back at Kyle Richards‘ recent poking fun at her fashion choices while Kyle explains why she deleted her tweet and being so emotional on this season of the Real Housewives of Beverly Hills.

On the May 20 episode of the RHOBH, the ladies gathered at Erika Jayne‘s mansion for an astrology reading and Garcelle made an entrance — and came serving looks.

While live-tweeting the episode, Kyle defended herself against Garcelle saying her outfit was “hideous” behind her back by taking a jab at Garcelle’s Barbie-pink blazer dress and amethyst-colored Balenciaga boots.

“Garcelle snickering that my outfit is hideous while wearing stretchy purple knee high boots with a pink suit dress… that her stylist picked for her ???? #rhobh”

Garcelle then defended herself, quote-tweeting a fan who noted how “fun” and “appropriate” she thought the get up was.

“Thank you Dorothy fashion is supposed to be fun,” Garcelle wrote, subtly clapping back at Kyle’s shade.

Thank you Dorothy fashion is supposed to be fun https://t.co/BzST1X9VNA

Kyle has since deleted her tweet, responding to a fan who asked what happened and why she decided to take back her previous shade.

“I deleted it because I didn’t think it was nice,” Kyle wrote.

I deleted it because I didn't think it was nice

Kyle also expressed shame for her reactive ways after the ladies called out her “weird” relationship with BFF Teddi Mellencamp, explaining her desire to have a better way of handling things.

“I hate that I cried. Trust me,” Kyle tweeted. “I wish I could calmly say ‘that hurts my feelings’ instead of crying or lashing out #rhobh.”

I hate that I cried. Trust me. I wish I could calmly say "that hurts my feelings" instead of crying or lashing out #rhobh

Kyle tried to further explain some of her melodramatic behavior this year, answering questions from fans who have taken note.

A concerned user asked Kyle what has been going on “behind the scenes” since Kyle is “acting a mess” this season.

“Sometimes it’s all too much to be honest,” Kyle responded, raising cause for concern if the endless drama she’s been embroiled in this season is taking a toll on the OG.

Sometimes it's all too much to be honest