Home Real Housewives of Beverly Hills News RHOBH’s Teddi Mellencamp Reveals If She’s Spoken to Denise Richards and If Production Made Her Invite the Entire Cast to Her Wellness Retreat, Plus She Talks Kyle Richards Friendship Backlash

RHOBH’s Teddi Mellencamp Reveals If She’s Spoken to Denise Richards and If Production Made Her Invite the Entire Cast to Her Wellness Retreat, Plus She Talks Kyle Richards Friendship Backlash

by Lindsay Cronin May 24, 2020 56 comments
ShareTweetWhatsappPinterestRedditTumblrMailFlipboard 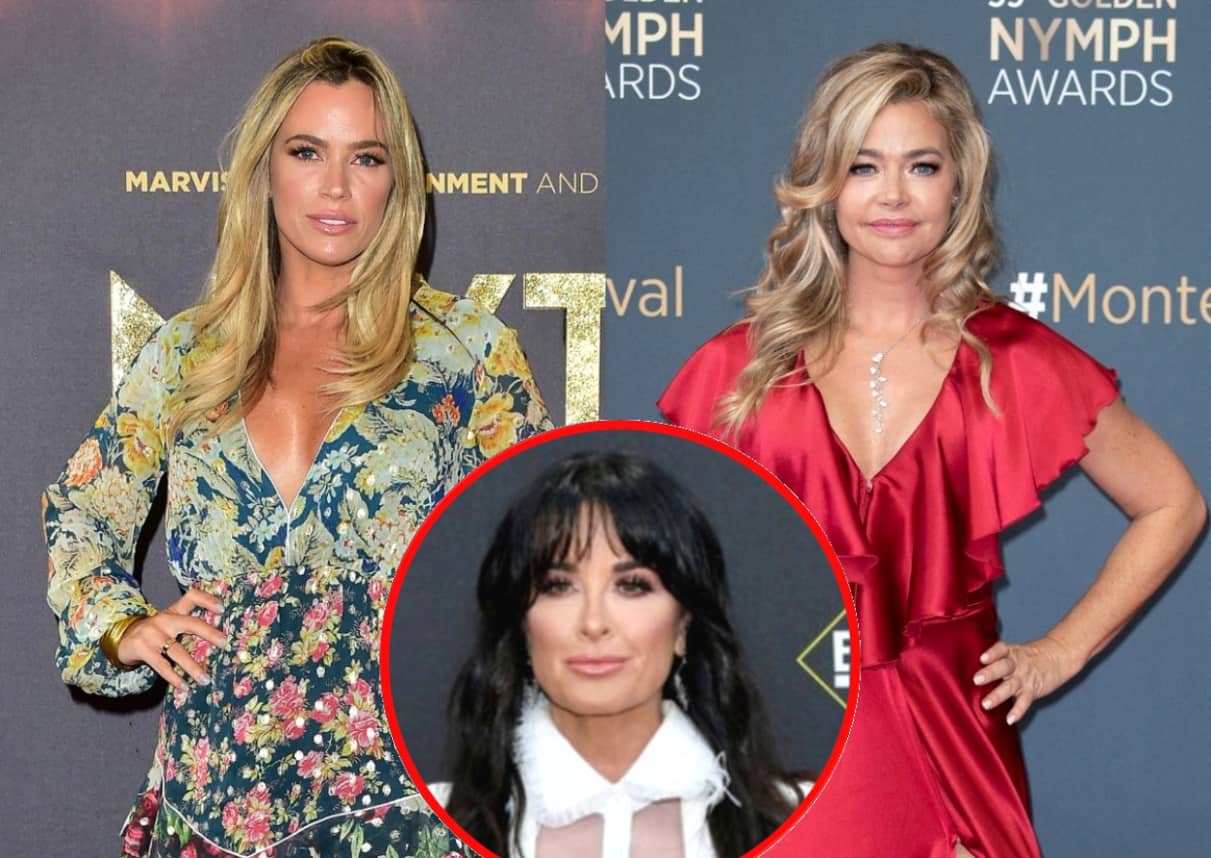 Teddi Mellencamp revealed if she’s in touch with Denise Richards in the comments section of a recent Instagram photo this week.

While promoting Wednesday night’s new episode of The Real Housewives of Beverly Hills, Teddi answered questions from fans who wanted to know about her current status with Denise, her invites to her wellness retreat, and what she thinks about the ongoing backlash over her close relationship with Kyle Richards, as well as Dorit Kemsley‘s treatment of Kyle on last week’s show.

“Have you spoken to Denise at all?!” a fan asked.

“Not directly,” Teddi revealed. “We are on a group text exchange.”

As RHOBH fans saw on the premiere episode, Denise stopped filming with Teddi and the rest of the cast in December amid allegations of a romance with Brandi Glanville.

Moving on to the drama surrounding her wellness retreat, Teddi responded to a fan who asked if production forced her to invite everyone.

“No they don’t ‘make’ us do anything but I did it that way [because] I know some of the women don’t enjoy working out and I didn’t want anyone to have to do something they truly don’t like and take away the experience that people excitedly paid to attend,” Teddi explained. 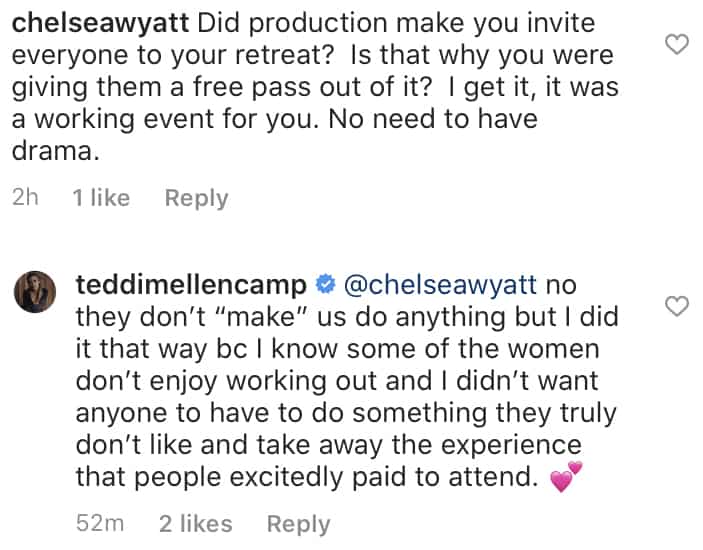 When another person suggested Teddi should have told the RHOBH cast that she invited them all at the instruction of her producers, Teddi said she was in a lose-lose situation when it came to her invites. 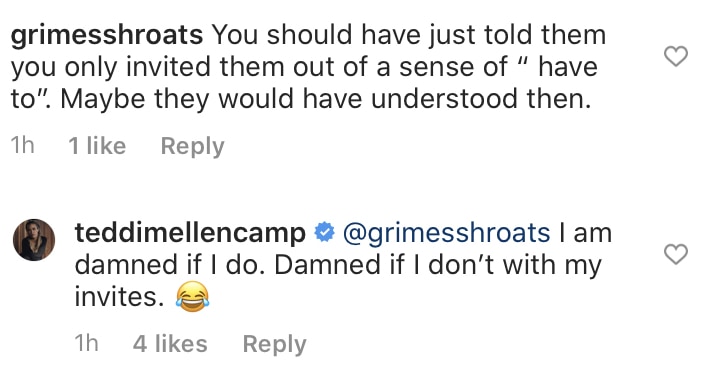 Teddi also reacted to a fan who wanted to know why many of her co-stars were “so intimidated and annoyed” by her friendship with Kyle.

“It gets even worse tonight. It’s funny to me and I just laugh it off,” Teddi replied. 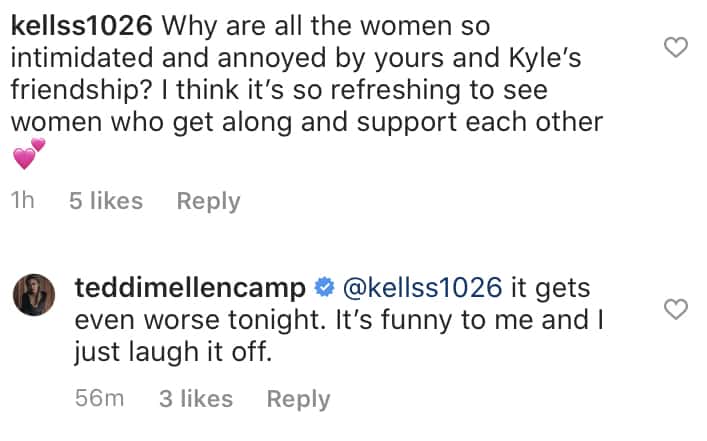 Teddi then admitted that she doesn’t understand why Dorit has been going after Kyle on recent episodes and on social media, especially after Kyle had her back against Lisa Vanderpump amid season nine’s Puppy Gate.

“Why in the world, is Dorit going after Kyle? Especially after everything Kyle did for her last year!” a fan wondered.

“That is unclear to me,” Teddi confessed.