Home Real Housewives of Beverly Hills News Teddi Mellencamp Says She’s Tired of “Dorit’s BS” and Slams Her for Mischaracterizing Friendship With Kyle, Wonders Why a “Real Friendship” is a Problem for the RHOBH Cast, Plus Teddi Debuts New Pink Hair

Teddi Mellencamp Says She’s Tired of “Dorit’s BS” and Slams Her for Mischaracterizing Friendship With Kyle, Wonders Why a “Real Friendship” is a Problem for the RHOBH Cast, Plus Teddi Debuts New Pink Hair

by Lindsay Cronin May 21, 2020 88 comments
ShareTweetWhatsappPinterestRedditTumblrMailFlipboard 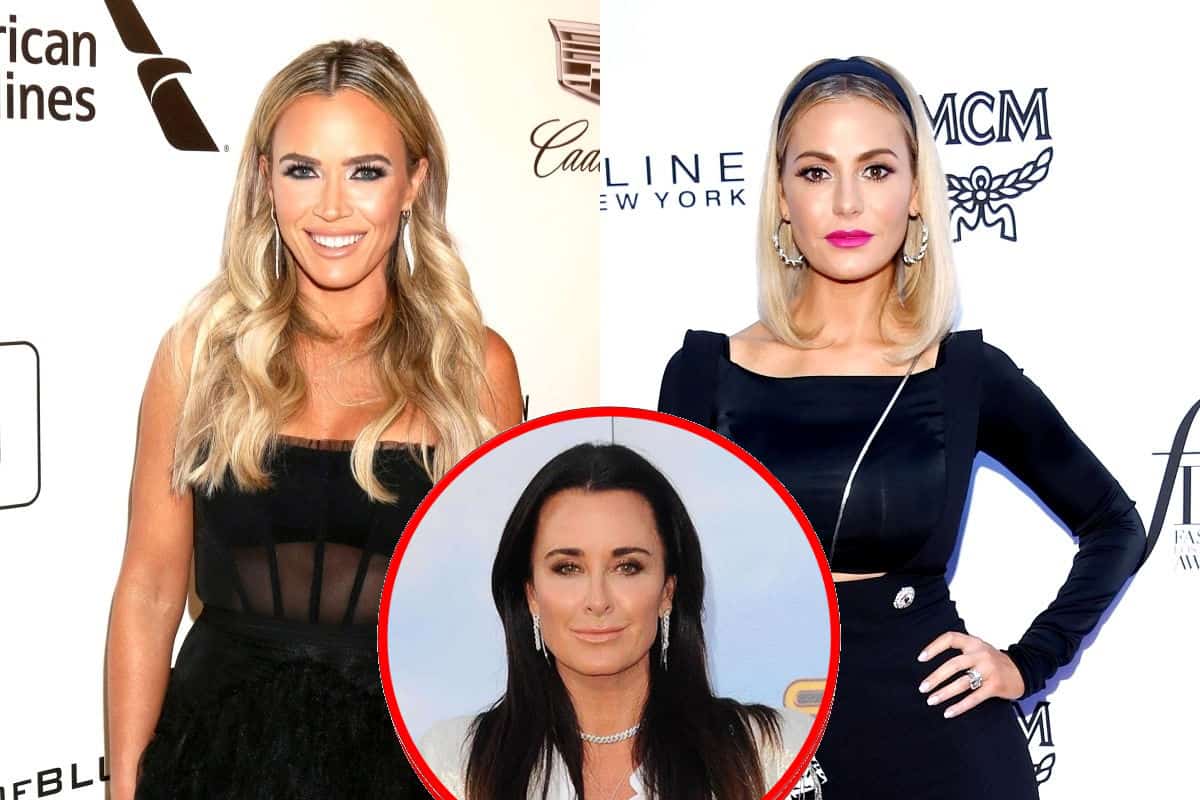 Teddi Mellencamp took aim at Dorit Kemsley on Twitter on Wednesday night amid the new episode of The Real Housewives of Beverly Hills.

As she and her co-stars were seen taking part in an astrology party at Erika Jayne‘s home, where Dorit poked fun at her close relationship with Kyle Richards, Teddi slammed Dorit for mischaracterizing her friendship with Kyle and said she is tired of her “BS.”

“Dorit’s level of commitment to mischaracterizing my friendship with Kyle [definitely] is a 10/10,” Teddi tweeted on May 21.

As RHOBH fans saw during an earlier episode of the show, Dorit made a point to mention that Teddi and Kyle had previously shared a room with one another, even though Dorit slept in Teddi’s bed while they were in Orange County.

As for why Dorit latched on to the issue, Teddi suspected she, and other members of the cast, simply have issues with real friendships.

Teddi then reacted to Dorit’s joke about her and Kyle being in therapy.

“Yeah, Kyle and I are one couples therapy session away from joining next season of Marriage Bootcamp,” Teddi joked.

In a fourth tweet, Teddi made it clear that she’s over Dorit’s comments about her friendship with their co-star.

“Know what else is a couple?” she asked. “The number of minutes I have before I tune out of Dorit’s BS.”

Prior to Wednesday’s show, Teddi took to her Instagram page, where she debuted a new post-baby look.

“After having a baby, I always do something drastic with my hair,” she explained in the caption. “This time, I thought pink! And while [Edwin Arroyave] said it looked ‘hawt’ Cruz said I looked crazy. Whose side are you on?”